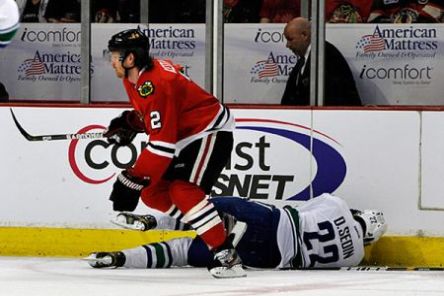 This one is at the United Center, in front of friends and family only, so it won’t be part of the atmosphere. And the past couple visits from the Hawks to Vancouver, it’s been muted. But it’s still there. They still boo Duncan Keith. In some ways, you have to admire the dedication. And in others…good god, people.

If you don’t remember, Canucks fans still loathe Duncan Keith, or like 100 of them still do, for braining Daniel Sedin late in the ’11-’12 campaign. Sedin missed the rest of the season, Keith was suspended for it, and neither team got out of the first round.

Of course, any scrutiny put to this and you’d have to wonder why anyone would take the time, until you remember that it’s Vancouver and nothing has to make sense. The Canucks were absolutely pummeled by the Kings in the first round that year, losing in five games. Had Sedin been there, they might have gotten it to six games. There was no beating L.A. that year. Second, the Hawks got theirs, as they also went out in the first round, and without Keith through suspension couldn’t really climb up the standings to more than a sixth seed. So it didn’t work out for anyone. Thirdly, Canucks fans still conveniently forget that Sedin went after Keith’s head minutes before his Macho Man Elbow, a hit that these days probably would have seen Sedin suspended, too.

Then again, when you have nothing else, these grudges are all that make a fanbase feel relevant. The Hawks would go on to win a Cup the very next year, and the Canucks have won two playoff games since. The Hawks left the Canucks behind, and now they’re all alone. The Hawks and their fans have warm memories to wrap themselves in even now, the shine from past glory. All the Canucks have is what they lost and the bitterness along with it and the current team-in-shambles.

So perhaps the booing is a reminder. A reminder that the Canucks used to matter to the Hawks. Not that we’re listening. Maybe it’s now a reminder that the Hawks used to matter to the Canucks, even though the Nucks biggest rival is now the Canucks themselves. Perhaps it’s just a wistful gesture, to a different time, when these games and teams were important to the league and fans. Maybe it’s comforting, to remember what was and the passions we used to feel, and a signal that maybe one day, it could be like that again.

So you go ahead and boo, Canucks fans. You still hold that grudge. It might be all you have.

Game #47 – Golden Knights vs. Hawks: Lineups & How Teams Were Built 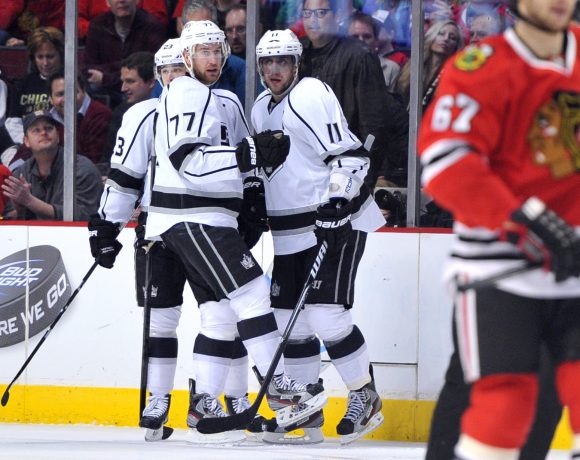