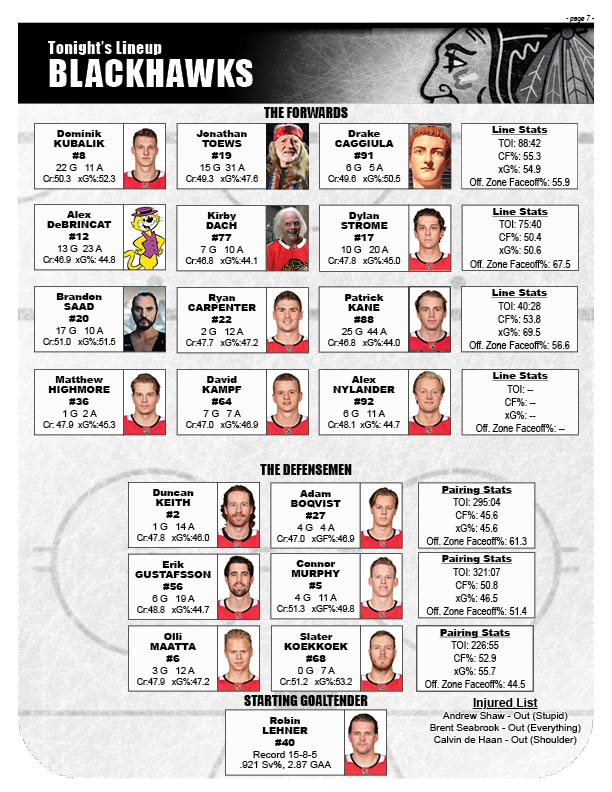 Notes: We assume Coach Cool Youth Pastor won’t deviate from a successful lineup, although Slater Koekkoek should be deposited in the nearest wood-chipper after his tour de moron on Thursday…We’re assuming Perlini won’t be scratched after his benching, but he might be to make way for John Hayden, because that will help things…You could also scratch Seabrook, as he was just as bad as Koekkoek but we know Beto doesn’t have the stones for that. It was also a true indictment that it was Seabrook who was staring at Sorensen elbowing Crawford in the head and decided to do nothing about it. Nice work, alternate captain…

Notes: You don’t see Ilya Kovalchuk here, as he’s been a scratch of late and then insulted his coach to the press so he could get a head start on his summer vacation. Who could have seen the disaster that would become except everyone?…Dion Phaneuf has also been a recent toss-aside, because he’s sucked for a very long time and now people are just discovering that…Kopitar has two goals in March…Toffoli is shooting 6%, which is almost half his career rate… 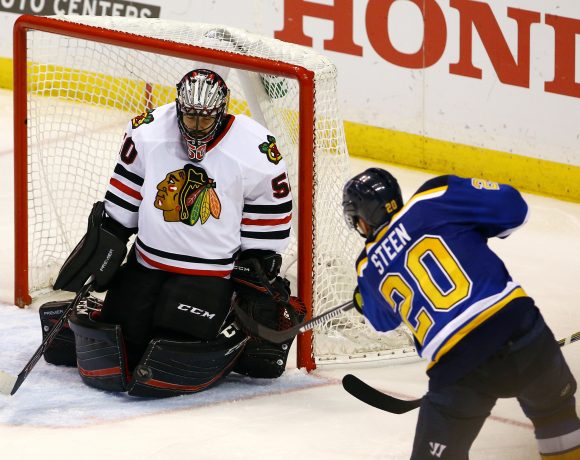