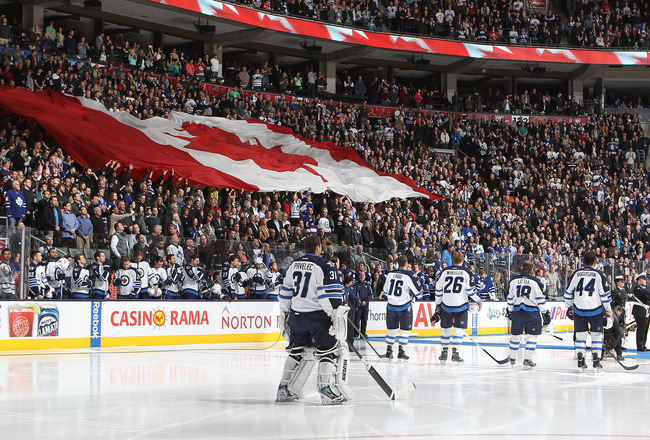 You know it’s coming. With only two of the seven Canadian teams making the playoffs (two too many, clearly), there will be a movement to adopt either one as the representation of the entire nation to claim what they feel is still rightfully theirs. Never mind no Canadian team has made the Final since the Canucks in 2011 and hockey fans everywhere haven’t gone into collective cardiac arrest over it. We’ve all seen how the coverage works in the spring.

Sure, the Leafs will take most of that, because Leafs fans and media are already under the impression that they are Canada’s team, even though pretty much everyone despises them. But make no mistake, there will be some counter-revolution up there to make the Jets the country’s fave, because the Jets are far less likely to get stomped in the first round by Boston, because they’re not as popular, because Winnipeg has been shit on enough (it hasn’t).

And hey, the Jets don’t have the “HEY EVERYONE LOOK AT HOW HARD I’M CUTTING MYSELF” tendencies that Leafs Nation does. But don’t fret, just because they’re not nearly as large as Toronto’s fanbase doesn’t mean they don’t have the same annoying, know-it-all-yet-still-so-tortured complex.

You should hope no Canadian team ever wins a Cup until the league has to fold due to paying out billions in the concussion lawsuit (so like three years). Their oafish and blind media, their thug-ish fans, and their completely borked and creepy development system are not things that should be celebrated. And the US’s attempts to copy them isn’t helping either.

They are no more deserving or appreciative of a Cup win than fans in Nashville, or Tampa, or Pittsburgh are. Just because you’ve never froze your ass off to drink a flat Molson while watching teenagers in some barn in a place that sounds like an infection in your colon (Kelowna, Medicine Hat, Regina) doesn’t mean you’re not a true hockey fan. These are people who actively encourage their children to fight each other to live out whatever fantasies and combat whatever false emasculation is in their frozen, Timbo’s-filled heads.

The only Canadian team you should ever root for is the Expos when they bring them back. 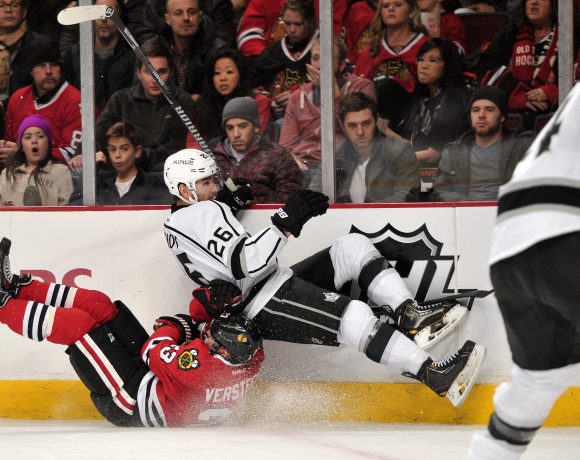 Everybody’s Working For The Weekend: Jets at Hawks Preview/We’re Not The Bulls Celebration