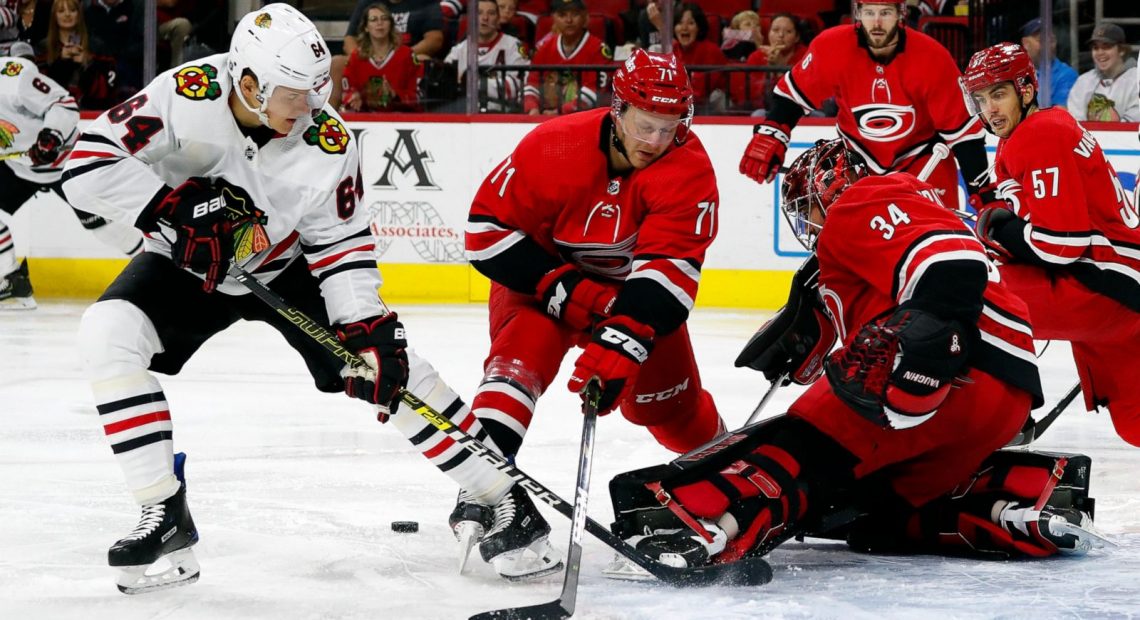 Well, it was better? I’m not sure what else to say. If effort was indeed the problem on Thursday, and you won’t convince me that’s the only answer, the effort was better here. But teams that bitch about effort, and then think effort will cure all, simply don’t have enough talent. Look across the ice. The Hurricanes were barely out of second gear all afternoon, and they were never threatened. They never looked like this game would be a contest for them. The Hawks did work hard, and did about everything they could. They didn’t score.

Usually in these recaps, I would point to the possession-share and point out the Hawks had the better of it. Or that the second period was pretty good, as they controlled the play pretty well. But we are in an age now where we’re moving beyond that, and we now know that the Hawks’ possession wasn’t worth shit. They didn’t create many chances, and even with limited time the Canes created better ones, hence their advantage in the expected goals count and of course, the real goals.

The Hawks just don’t have enough dash. We haven’t even gotten to the defensive problems, but at the other end, who really is going to conjure something? Especially with DeBrincat fighting it and Kane not at his best either. Saad and Kampf and Dach are doing their best, but one’s a second line winger at best, one’s a checking center, and one’s barely beyond puberty in his fourth NHL game.

Anyway, there’s more I want to get to so let’s get to the bullets, shall we?

-Let’s start here: Can anyone tell me what in the ever living fuck this means?

Colliton on if he thought new lines today worked:

“You have heard me say before, I don’t think it’s the combos. When the effort’s there, those guys — whoever we put with who — we’re creating positive shifts, we’re creating chances.”

So I followed up…

…with the question, if any combos would work, what’s the point of changing the lines in the first place?

“It doesn’t mean you don’t believe in the combos—you probably end up going back to them. But…just playing with a different guy can sometimes give you a little boost.”

And credit to Ben Pope for the long-forgotten art of a follow-up question.

It seems odd that after he made a special point of ranting after Thursday’s loss that the line combos weren’t to blame, he immediately switched them. Did the players ask for this? Did he not believe his own words? I don’t know, but the whole thing smacks of someone who is out of answers. If he had them in the first place.

-And while the combos were better and the top six really has needed Brandon Saad (and really Kubalik too) to start to open space for people, that doesn’t mean they were perfect. Then again, with this roster, there probably isn’t a perfect set-up. What I do know is that Dylan Strome has done nothing to deserve being demoted to a fourth-line winger, and the Hawks offensive woes aren’t going to be solved like that. That’s not why the Hawks lost, and it borders on minor, but it’s still weird.

-And none of this matters, because Brent Seabrook was on the ice for all four goals, and you could argue he was responsible for three of them. No, he didn’t take the penalties. But on the first goal, yes Maatta is in the way too (and that honeymoon is over), Seabrook comes out past the circles. That’s needless. But he then lets Svechnikov find a lane that’s the opposite one from where Crow was looking, leaving the shortside all the way open and one a sniper like Svechnikov isn’t going to miss. It’s dogshit defending.

The second goal was the same goddamn thing. Yes, he was tired after an extended shift after losing his stick. Yes, Maatta should have never passed him the puck to start the scramble. But again, Crow is covering the far side of the net because from his view, Seabrook is in the lane anywhere else. A simple move fakes Seabrook out of most of his gear, now the whole thing is open, and Crow has to slide to cover the shortside quickly that he thought was covered. Niederreiter isn’t going to miss that either.

The fourth one, well he simply loses a battle behind the net to Aho, who either batted Seabrook’s stick so that he ended up making a perfect centering pass to Svechnikov again, or Seabrook did it under pressure, Either way, it’s not strong enough.

The third goal is Maatta, who goes chasing out to the corner on the kill and leaving that passing lane open for Staal to charge through.

Brent Seabrook is not an NHL player anymore. Olli Maatta is no more than a third-pairing d-man, and I question that as the Penguins just made a get-the-fuck-off-my-roster trade of Erik Gudbranson, whom they played ahead of Maatta last year. We’ll call this season a win if the Hawks realize this by the end of it.

-Speaking of defending, here’s another thread for you…

This happens every game. The Hawks aren’t always punished for it. I don’t know if the message is getting through or the players are just ignoring it, but it’s not good enough.

-Let’s do some pluses before we move on with our Saturdays. Kirby Dach was very effective, though it’s still bewildering how he doesn’t get a look on the 2nd power play unit. Unlike most of his teammates, Dach seems to get that the game is about taking the puck and getting up the ice as soon as possible. He’s not afraid to carry into and through the neutral zone and make a man miss to open up things. At least in the first half of the game, he made an effective play pretty much every shift.

The only debate about whether he should stay has to do with what the Hawks actually think this season is about, not what they’re telling you it’s about. If it’s just about him, it’s clear he’s good enough to develop here.

-Alex Nylander also was very straight-lined today, which is good. The Hawks need more of it.

I don’t know how it gets better. It might not. 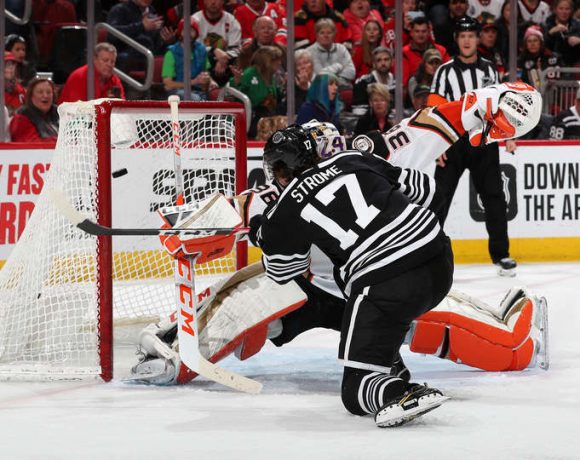