Get Out The Chainsaws: Sharks at Hawks Preview/Pregame Thread/Sharknado Discussion Group

NEEDING A BIGGER BOAT: Fear The Fin, Battle Of California

After sort of muddling their way through two games in the Tri-State area but still getting three of four points, the Hawks open the 2014 home portion of the schedule tonight with a tilt against Legends Of The Fall  San Jose Sharks. Or what’s left of the Sharks, as they’re extremely beat up. And what isn’t injured may be frozen.

The Sharks come in awfully top-heavy at the moment. Missing Tomas Hertl and Tommy Wingels, with long-term absentees Raffi Torres and Adam Burish, the Sharks look awfully Worcester-y on the bottom six. Joe Pavelski has had to shift from third line center to top line winger to take Hertl’s spot, and it really erodes the Sharks’ depth.

The Sharks come in off a loss yesterday in Denver. They fell behind by four goals, giving up three in a minute and a half in the 2nd period which chased Antti Niemi. They mounted a pretty healthy comeback but just couldn’t quite get there, much like activity in the bedroom after a hard night of drinking. Whether that comeback at altitude took the stuffing out of them and what they’ll have left for tonight is up for debate. It’s also not for sure which goalie will suit up, as both goalies played about half the game yesterday.

The Sharks have tread water enough with their lengthy injury list, though have gotten a lot of points via the shootout. They’re still in hailing distance of the first-place Ducks. Joe Thornton is doing a fine Adam Oates impression this year, with just five goals but 42 assists. His line with Pavelski and Burns certainly carries most of the threat, and whatever they don’t Couture and Marleau behind them do. But after that? Flotsam and jetsam abounds (I think I saw Flotsam And Jetsam Abounds open for The Foo Fighters in ’97…)

Burns in the interesting case, as he really makes this team go up front. He’s not healthy as much as they’d like, but when he is he’s their best forechecker and really opens up space for Thornton.

But the problem with the Sharks as it’s always been is that they want to play at the Hawks’ pace, and are playing as fast as they ever have, but don’t have the blue line to hold tight when they do face a team like the Hawks. Marc-Edouard Vlasic has been fantastic this year, but Dan Boyle gets to be more and more of an adventure as he gets older. Just Braun has also been excellent, but he’s had to be when he’s dragging around the corpse of Brad Stuart or babysitting Matt Irwin. It’s a gap the Hawks have exploited for the past two years.

For the Hawks, Corey Crawford will get his first home start, so please have a good game Crow so we don’t have to listen to the groans of the unwashed if you don’t. Michal Rozsival will take his turn in the #6 d-man role. Everything else should look the same.

No huge secret to beating the Sharks. Don’t give the power play too many looks. Keep Thornton’s line quiet. You’re basically there. Attack Stuart, Hannan, and Boyle heavily, profit. The Sharks weren’t too pleased with their effort in November here, so whatever they have left from yesterday will probably be packaged in one big haymaker coming out of the gate. Get by that and the Hawks probably will outclass the Sharks again.

Due to the weather we are not selling hard copies of tonight’s Committed Indian. But you can still get the PDFs right here. Season subscriptions are also now just $40 for the rest of the season: 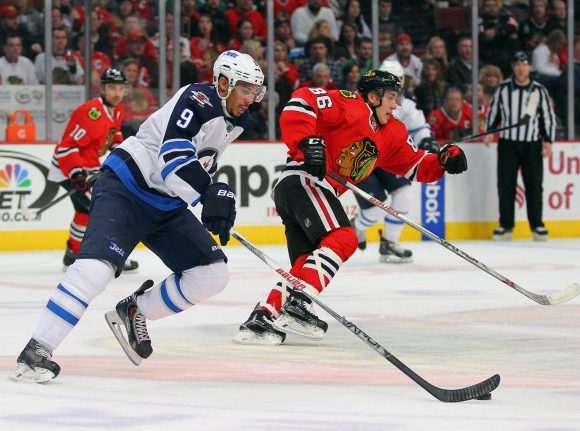 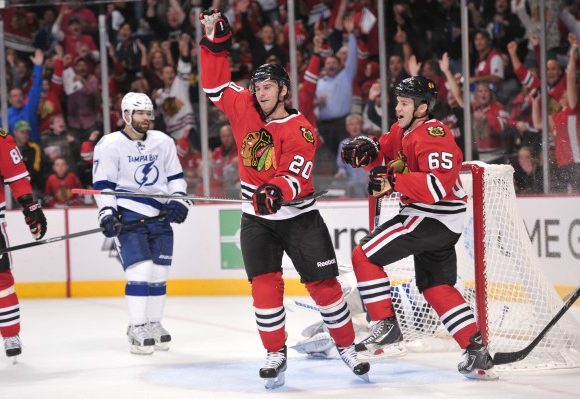