Tonight’s game will conclude the season series between the Hawks and Preds. And while the Hawks have already won the season series outright(3-1-0), the Predators have exposed some of the flaws in the composition of the Hawks’ roster in the process. And they’ll catch the Preds during their most productive streak of the season, having taken points in 7 straight games, and winning four straight games on the road, and eight of their last nine.

Of course defensive depth certainly helps in the ability to win games on the road, something the Hawks had better rectify prior to the rapidly approaching trade deadline. Though the loss of Seth Jones even in the month and a half since the move has caused the Preds to slip to a 51.1% share of shot attempts at evens since the move, when they were at a 54.2% rate prior. Jones’ absence has had a ripple effect on the defense, causing former bum slayers extraordinaire Ryan Ellis and Mattias Ekholm to step up and take second pairing duty while Barrett Jackman slinked back into his trash can without Jones dragging him around. Though all of the Preds de facto top four have dropped by a corresponding rate as individuals, so there’s no one pairing to pin things on, simply the void that Jones has left. Further complicating matters is that Shea Weber is a gametime decision for the Preds after missing their previous game against the Leafs. But given the situation Nashville finds themselves in in the standings, it seems likely he’ll gut it out.

Up front, the returns so far for Ryan Johansen have been mixed. In 21 games since coming to Nashville, Johansen has mostly driven play (at a 51.4%) rate, but only has 9 points at even strength, and only a single goal. However he has impacted the power play with 3 goals and 4 assists on the advantage, totaling 16 points in 21 games, which isn’t bad, but isn’t earth-shattering either. And certainly not worth trading a franchise defenseman for. Johansen’s presence has at least allowed Peter Laviolette to slot down piece of shit Mike Riebeiro and bible beating charlatan Mike Fisher to more suitable roles to #2 and #3 centers respectively, so look for Fisher to be in Toews’ ear all night trying to get him to repent. Filip Forsberg is coming off a hat trick against the Leafs, but Viktor Svedberg and Brandon MANSHITTER scored against the Leafs, so three goals from someone with a release like Forsberg’s should be expected.

The main problem for the Predators still seems to be coming to grips with what Pekka Rinne actually is these days, rather than what he is being paid to be. Ol’ Shit Hip has only allowed 2 goals in his last three games, but is still posting a below-average save percentage both in February (.905), and overall (.906). His even strength save percentage is actually alright at .923, but is horrendous while shorthanded at .812.

As for the Men of Four Feathers, they’ve now had four days to think about the big steaming shit they took outdoors in Minnesota on Sunday. While there has been much pining for a proper top six wing to get Andrew Shaw slotted where he belongs in the bottom six, and the Hawks are missing Hossa and Kruger right now creating a dearth of representative NHL forwards, the real problem is how badly the Hawk defensemen have been exposed.

Aside from Niklas Hjalmarsson and Duncan Keith, the Hawks basically have five bottom-pairing defensemen, and yes that includes Bartolo Seabrook. Since the All Star break, Porkins has had a problem here in the form of a 46.1% share, and the Hawks still seem to be laboring under the delusion that he can hold it. It’s been covered numerous times here this season, but this team is going nowhere if Chunk is going to drown with favorable zone starts against second and third lines. And while he’s generally brought down whatever young partner he’s had, that doesn’t excuse the fact that Viktor Svedberg and TVR just simply aren’t NHL defensemen. TVR has no hands, no feet, and no ass, which is not a good combination if he’s going to be caught in-between literally every time the opponent sets up shop in the Hawks’ zone (which is frequent when paired with Seabrook), and all Svedberg can do is guard the rim, which at press time, was still not a valuable hockey skill.

In a minor change up front, Slak’s Special Boy Teuvo has finally been moved to center, albeit with wings who don’t necessarily maximize his playmaking skills in Andrew Desjardin and Dr. Rasmussen, and that’s nothing against Desjardin as a player. Rasmussen on the other hand, should probably get his iPass recharged with the trade deadline coming in the next couple of days, as he has offered next to nothing for weeks.

Corey Crawford will obviously get the start tonight, and if the previous meetings between these two teams are any indication, he’ll be quite busy.

The Hawks have had the puck so infrequently in the last month that they are flirting dangerously with slipping into the red in terms of shot attempts, coming in at 50.8, their lowest mark in the Quenneville era. Considering the roster full of AHL talent and Seabrook eating himself out of effectiveness, it’s a minor miracle that the Hawks are in any kind of position for home ice or the division, but a deep run in the playoffs is going to require at least 3 or 4 more NHL caliber players on the roster, with two of them coming back in Hossa and Kruger (eventually). Home ice matters significantly more this year than it has in the past, and to take another step toward that tonight will require capitalizing on the few power play opportunities that the Preds give and Corey Crawford having another excellent night. So basically the usual template for the 15-16 Chicago Avalanche.

If you’re going to tonight’s game, pick up a copy of our game program outside the United Center. If you’re not, you can get the PDF version right here. 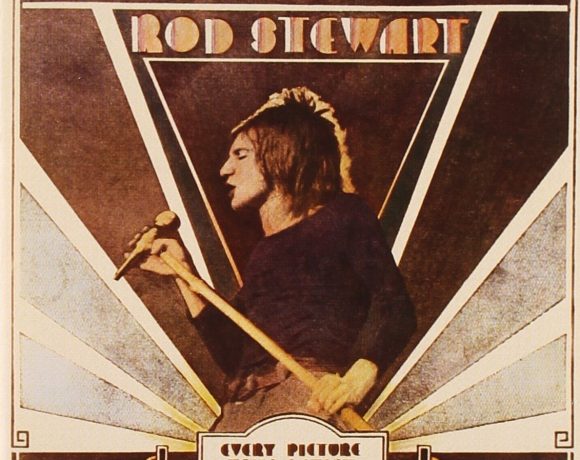