Although the Hawks have dropped both games against the Blues this year, the games have actually been pretty even affairs. The first was a loss in a last minute collapse and about a week later it took a shootout to determine a winner. Either one could likely have gone either way, a bad pinch from #7 or one extra deke determined who got 4 points. Now the Hawks return to St. Louis for the first time since early October in the middle leg of an intense three game swing for themselves.

I know we may be among Q’s harshest critics but the last game against the Blues may have been one of his bigger throbbing brain games. Duncan Keith had a substandard game (for his standards… especially this year) but still racked up over 30 minutes on ice time. Likewise, Hossa, Sharp, Toews and Kane all had over 20 minutes while everyone else sat on their hands. This time around, there’s a few factors that will limit both Q’s ability to do this… or at least his feeling that he needs to do this. First – even though ice times were evenly spread out thanks to the lopsided victory (Keith led but with only 21:32) Q’s not likely to push one line or pairing given the likelihood of tired legs. The Hawks are also rolling a lot deeper and have likely gained more of Q’s trust than they would have in early October.

As Sam mentioned in the Indian, this game holds the added importance since a victory tonight would put the Hawks up 8 or 9 points, meaning even with the 4 games in hand the Blues hold, they couldn’t pass the Hawks in the standings. The most they could hope for would be a first place tie, but that’s with 4 victories which is no guarantee.

With last night’s explosion, the Hawks have actually pulled even in goal differential with the Blues as both teams lead the lead with a +43 on the year, Pitt and Boston are tied for second but are only +34. Maintaining that pace for the Blues is going to be tough since they just paced their leading goal scorer, Alexander Steen, on IR with a concussion. It doesn’t sound to serious as the winger is still able to exercise but Steen has about 20% of all the Blues goals so far this season. Backes is second with 16.

The Blues are beat up beyond just Steen. They’ll also be without Sobotka, Polak, Leopold and Reaves. Normally, we’d hope the lack of Reaves would mean Q doesn’t have to go into toughguy mode with players like Bollig but since he’s playing every night anyway it’s not as big of a concern. And just to be fair, while Bollig is far from the complete hockey player some outlets are making him out to be, he hasn’t been nearly the liability we’ve worried about. Hopefully the lack of Reaves at least means we don’t have to deal with some staged fight nonsense. Not that we’re not expecting a bit of extracurricular silliness… this is still St. Louis afterall.

With Steen out, the top line in practice is Oshie, Backes and Jaden Schwartz who is coming into his second year with the league and has 4 goals and 7 points in his last 5 games. Schwartz is a guy to keep an eye on throughout the year, even if he does get dropped back down to the second line when Steen returns. He adds offensive flair to a team that usually desperately needs it and could become one of the better playmakers on the Blues if he isn’t already. The D still remains the Blues strength. They only allow only 25.8 shots per game (second in the league behind New Jersey) and their goalies have only let in 2.31 goals per game. The Blues are going to be a far tougher challenge than the Avs and it seems Chicago is destined to meet them in the postseason for the first time since 2002, these games are just tune ups for something bigger. Hold onto your butts.

For the Hawks, well. Just do last night all over again. Please and thank you. 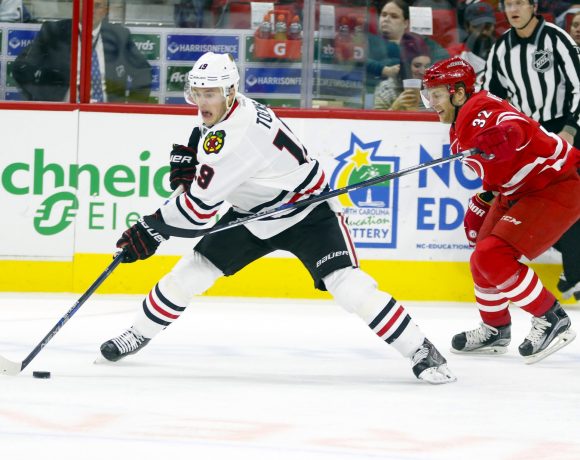