How Good We’ve Got It

Most hockey fans roll their eyes whenever they see the Penguins vs. Capitals on their screen. Actually, they do that when the Blackhawks are on the national broadcast as well. Both are understandable, but we’ll focus on the former for now. Pens vs. Caps was shoved down our throats before we even knew what hit us, thanks to the NHL’s desperation to turn Sidney Crosby and Alex Ovechkin into Bird vs. Magic before either had even made the playoffs. The NHL couldn’t, or wouldn’t, wait for it to happen organically, and for the most part I think hockey fans rejected it. Wrestling fans will tell you about a similar scenario with Roman Reigns, but that’s another discussion for another time with much weirder people.

And I think I, and a lot of other fans, have viewed the games between the teams the same way. But I have brought myself out of it, in time to really enjoy last year’s series between the two, and I hope more fans are as well. Because we have two very special players, ones that don’t seem to be appreciated enough, and both are doing things we might not see again and haven’t seen for a very long time.

Let’s start with Sid, who is on pace for a 60+ goal season. In this time with scoring at such a premium and goalies so good, this is a ridiculous achievement. James Mirtle did this when Ovie was on his 60 goal season, and it’s a bit of a crude way to do it, but Sid’s 60 goals would be one of the greatest scoring seasons of all-time.

Right now, Sid is averaging .76 goals per game, which actually will leave him just short of 60 as he missed the first six games. The average goals in an NHL game is 5.37. So essentially, Sid is scoring 14% of the goals in any game he plays. When Gretzky put up 92 goals, he was putting up 1.1 goals per game in an era that saw 8.02 goals per game. He was scoring about 13% of the goals in any game he played. So if Crosby were playing in ’81-’82, at the rate he’s scoring now, he’d be on pace for exactly Gretzky’s 92 goals. Or, to turn it around, Gretz at his ’82 rate compared to how goals are scored today, would be on pace for 57 goals. Again, it’s a crude measure, but Crosby is having one of the best goal-scoring seasons of all-time.

And he’s doing it at 29, when we know most forwards are actually past their peak. Gretzky never scored over 41 after 29. Brett Hull had 57 at 29 and then never more than 42. Lemieux had 69 goals at 29, 50 the following year, and never came close to that again, though to be fair to him health was a major issue. Teemu Selanne didn’t score more than 33 between ages 29 and 35 when he then popped for 40 and 48 (if this were baseball, would we have asked what Teemu was taking?). Of the top 15 seasons in goal-scoring, only Lemieux is on the list for a season at 29 or older.

Sid gets a lot of shit from fans because admittedly, he has the personality of an ironing board. He hasn’t shown must interest in being the face of the league or help push its image to a wider audience, and that’s his choice. Fans have tried to foist any number of players as better than him, which is laughable. Here in town people bitched that Toews didn’t captain Canada because… well, why exactly?

As for Ovie, he collected his 1000th point last night, but as McClure has written about a few times over the years, it isn’t just the goals and points we should marvel at with Ovie, but his shot-totals. In an age where defenses are built on blocking shots and closing lanes before the puck even reaches the goalie, Ovie has averaged 4.9 shots per game his entire career. He’s a half-shot ahead of everyone else WHO EVER PLAYED THE GAME (Pavel Bure is second). He’s got seven 50-goal seasons and another 46-goal one in an age where we just don’t see it done, and we just shrug our shoulders? Something is wrong here.

I know this is what sports fandom has become. We’re much more into tearing down someone for what they haven’t done. LeBron James is the most unique basketball player in history, and yet people can’t wait to point out that he’s not Michael Jordan. Who gives a fuck? It feels like we’re finally getting over the dickhead Tom Brady probably is in real life and are ready to marvel at what will probably be his SEVENTH trip to a Super Bowl. I hate Packers fans with ever fiber of my being, but Aaron Rodgers is the best I’ve ever seen and I’m just going to give up and enjoy watching him play, because it’s ridiculous. Don’t worry, people everywhere else will turn on Kris Bryant soon enough, and those of us decked out in blue should never fail to recognize how lucky we are to watch him every day, and I’m not going to stop from putting him in this category after just two seasons because he is Trout-Harper-James-Rodgers good.

Hockey fans especially love to spit on what we’re told we’re supposed to worship. And a lot of times, because it’s the NHL doing the telling, that’s completely justified. But we need to stop, because there’s really something going on here that we’ll be pissed at ourselves later if we don’t take a step back and appreciate now.

These Aren’t The Droids You’re Looking For: Wild at Hawks Preview/Bonfire 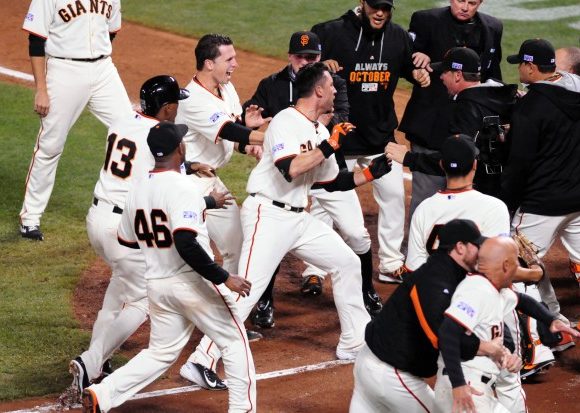