EVERYBODY’S GONNA LEAVE THEIR SEAT: Winging It In Motown

It’s the second to last visit to the Joe for the Hawks (no Wings fans I don’t think you’re going to make the Final, why do you ask?). I feel like that should mean more to Hawks fans, because most of our nightmares have taken place in that concrete blister on the river of the damned. The only good one I remember is Game 6 in 2013 when Frolik’s penalty shot caused a primal scream I was certain was going to force the neighbors to call the cops. Other than that… well, I don’t think there’s a Hawks fan anywhere who’ll be sorry to see it go. But that’s probably a discussion for next season.

While this is Rivalry Night for NBCSN, it only took two plus seasons out of the conference for most of the bile to go out of this. This feels like a game most fans on both sides now look forward to as some sort of reunion than the dread we all used to feel when these things approached. And both teams have more on the line in this one than just trying to rehash the old vitriol.

Our old friends are scrapping for an automatic playoff spot. They’re one point behind the Bruins and three behind the Lightning in the Flortheast Division, though comfortably entrenched in one of the wild card spots with a six point lead on the Flyers. So yes, the Red Wings will extend their playoff streak and you’ll spend the last week of the season hearing about it even though the only noise they’ve made in the playoffs in the past five years was when Babcock was simply running circles around Quenneville in 2013 and if they’d stayed in the West the past two years this streak would almost certainly be over. Whatever.

The main thing to watch with the Wings these days is one Dylan Larkin. While Panarin is still mostly a lock to win the Calder, there is little doubt among most that Larkin will be the better player in the long run (and Gostisbehere will be better than both of them but that’s for another time). Larkin was allowed to skip the much ballyhooed Wings policy of over-marinating in the minors and go directly from Ann Arbor last year to the Joe this year. There is no better skater in the league than Larkin, but what makes it stand out is that he uses that speed with menace. It’s not just to the outside and he doesn’t need a huge wind-up get going. He hits top speed in a stride or two and it’s pointed right at the net. It’s also on the backcheck as well, and sadly for the rest of the league he’s got the hands to make plays at that speed. If you were looking for the next Teemu Selanne, here you go. He is an utter joy to watch, or he would be if he weren’t wearing that jersey (some wounds never heal).

The adjustment to new coach Jeff Blashill took some time, and there are still some kinks being worked out. The Wings are a good possession team but nothing like the dominant one you may remember from years past. While Z and Dats have remained relatively healthy for them, their point-per-game days are long over which leaves the Wings struggling to score a bit. However, Datsyuk is still a possession demon, though he’d have to put up historic numbers to justify winger Justin Abdelkader’s contract. Still, you wouldn’t want to stop paying attention to him.

The Wings put on a hot streak in the middle of the season when Peter Mrazek went bonkers in net, and displaced Jimmy “Never Done Anything Anyone Will Remember” Howard as the starter. But Mrazek has gone balls-up of late, giving up 16 goals in his last five starts while Howard has been excellent in his last two starts and you wonder if they’re not going to do the see-saw thing again we saw earlier in the year. The Wings have needed the goaltending because they don’t generate as many chances and goals as you’d think, though they’re among the best at suppressing chances and attempts. There is no 20-goal scorer here yet.

The defense still leaves a little to be desired. Niklas Kronwall has returned from knee surgery which helps, and the signing of Mike Green finally gave them an aggressive, right-handed d-man which it feels like they’ve been searching for since the Carter administration. But I’ll never care what his numbers say, Brendan Smith flat out sucks and as long as he’s taking a regular shift the opponent has a chance. Same goes for Kyle Quincey, and I’ve never understood the fascination with Jonathan Ericsson other than everyone assuming a Swedish defenseman on the Wings has to be good. He isn’t. Danny Dekeyser (Dekeyser… Dekeyser… Dekeyser… AUNT SELMA HAS ONE HOUR TO LIVE!) has show flashes of being a real thing, but has consistently been getting myriad feet shoved up his ass possession wise all season.

For the Hawks, they’ll unveil a new toy tonight in Christian Ehrhoff. It sounds silly to some, but Ehrhoff is only going to get a handful of games to make an impression before Q goes with something else. We’ve seen it before. To quote Thibs, or my favorite impression of Thibs, “You’re either in the rhombus or out of the rhombus. Help me Rhombus.” There was a time when Ehrhoff was exactly what the Hawks are screaming out for on the 2nd pairing and if he can capture any of that for just a couple months more the Hawks will be very shiny and chrome. If he can’t show that in the next two weeks or so, you’ll see more of Gustafsson and TVR and really no one wants that. He’ll start out with TVR on the 3rd pairing. Best of luck to him.

These two don’t play boring games with each other, and with the speed and skill on offer on both sides this one should be on different. If Ehrhoff isn’t up to it the Wings have the depth of speed to make life hell for the Hawks bottom pairings. Wait until you see this Anathasiou character unleashed and TVR trying to catch up to that. Strap it down. 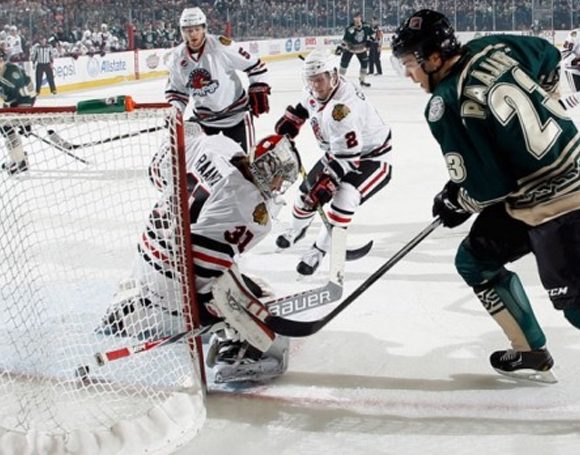 High On The Hog: Division Split 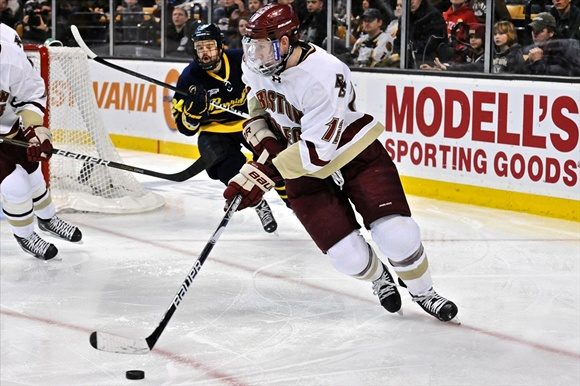 Hey Kids, Nobody Tells You What To Do