Have The Bears Always Sucked At Quarterback? 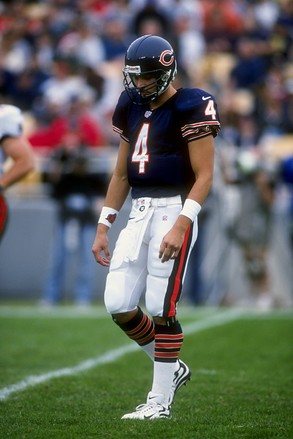 Who is the greatest QB to ever play for the Chicago Bears? This is tough question because, over the last 100 years, the options have been very, very slim. So, here’s a quick exercise: I am going to provide you some QB statistics, but without the years, names, or numbers. You are the GM and you get to decide who is the best player to lead your team at the quarterback position.

Based on these numbers, each player would receive the following overall adjusted performance grades: (Note that Games Played and Records are not figured into the performance grades.)
Plus Minus Overall
Player A 0 3 -3
Player B 4 2 +2
Player C 7 1 +6
Player D 4 9 -5

Unfortunately for all old school Bears fans who don’t want to look at actual statistics, Player D is none other than Sid Luckman. And before you talk about Luckman’s rushing prowess taking away from his passing yards/game, you must recognize that QBR considers rushing yards into the equation. Sid Luckman is somehow in the Hall of Fame; which is an entirely different argument. Because, really, his numbers do not exactly ooze Canton-worthy. It probably didn’t hurt that the Halas family basically ran the league back then and they got whatever they wanted. Sid Luckman in the Hall of Fame is akin to Harold Baines in the Hall of Fame – the comps are just not there. Finally, I have never seen a single down that Sid Luckman has ever played, either live or on tape. This is because I have no interest in watching him play against guys who moonlighted as professional football players when they had some off time from their jobs as stone masons and iron workers. Sid Luckman was a good player is his era, but he probably would be a D3 player in this age.

Next up on chopping black is Player A. This is going to hurt a lot of die-hard Bears fan because this guy was basically a mascot for the fans – the problem is he was never really that good. Player A is Jimmy McMahon. Never in the history of the league has a QB benefitting more from a great defense and a great running back. McMahon’s job was never to win a game, it was simply not to lose it; which reminds me of someone else; (see Player C.) Bears superfans (who are probably the worst fans in all of sports) will argue about McMahon’s record. But let’s be honest, very few NFL quarterbacks could have fucked that team up. Shit, that defense made Steve Fuller a serviceable player; which is a testament to how great they were. So sorry Jim, you made a career and a life for yourself as the starting QB of a Super Bowl champion, the problem is, you just weren’t that good.

The next QB listed currently stands as the greatest signal caller in Bears history. Player B is the guy that an entire city loved to hate, Jay Cutler. Cutler’s Bears career was perfectly average if you look at his record, but to win 51 games with the type of coaches, receivers, and linemen he had is truly remarkable. His skill set is far and away the best the Bears have ever had and rivals some of the best QBs in this current NFL era. His physical attributes were at the top of his class; but you can’t make chicken salad out of chicken shit, and entire organization was exactly that, shit. Years from now, I think Cutty will finally be appreciated for his on the field contributions. Forget what you think you know about him off the field, the guy was as athletically gifted and as tough as any quarterback to ever wear the Bears uniform…and it’s not even close.

Present day Bears fans dicks will get even harder knowing that Player C is the chosen one to resurrect the franchise. Although only a sample size, Mitch Trubisky’s numbers, when projected over an entire career, show that the Monsters offense is in pretty good hands. That said, this organization, for a plethora of reasons, has somehow never had a great QB; you’d think over the course of 100 years, you’d get lucky once or twice, however, this hasn’t occurred. The truth is this, the Bears only need Trubisky to be as good as Cutler. If Jay had this defense and this offensive scheme and these receivers and this line, the Bears would have been perennial playoff contenders, but they didn’t have this current teams supporting cast, so they were really fucking hard to watch. Regardless, if Trubisky continues to improve at the rate he is currently on, he will ultimately sign a long-term deal and the Bears will finally have a franchise quarterback.

You deserve this Bears fans, and even if Mitch ends up being more Shane Stafford than Aaron Rodgers, you will still be fortunate enough to watch him in his prime, playing for your team. 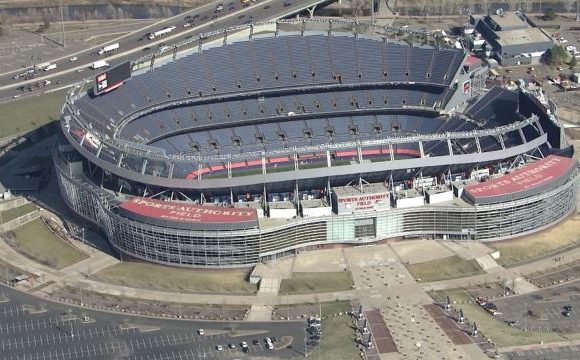 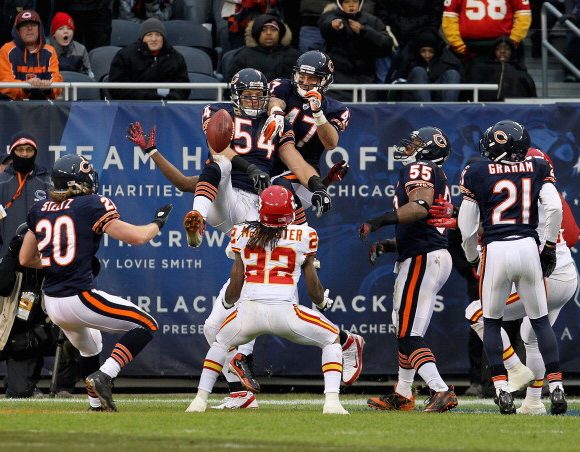