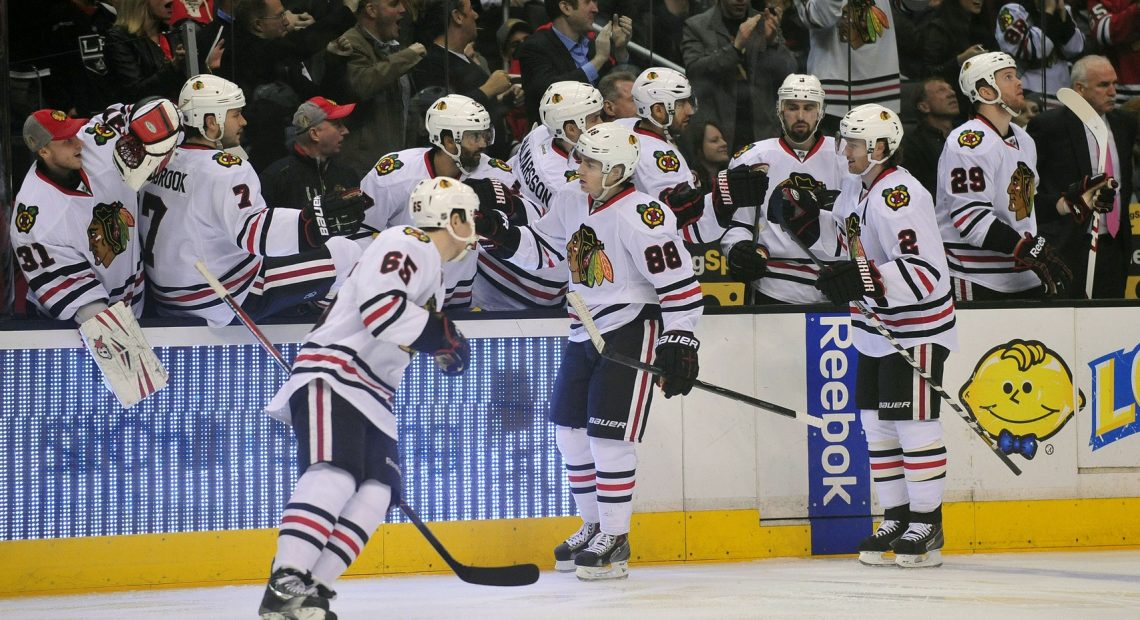 Even though both the Kings and the Hawks came into the evening careening through some tough stretches since the turn of the calendar year, the game played certainly wasn’t an indicator of some of the things both teams had been struggling with prior to tonight.

For one, the Kings got goals from people not named Anze Kopitar, and even one on the power play courtesy of Drew Doughty. Kopitar would add one of his own in a second period that saw the Kings surge reminiscent of their dominant run of the spring of 2012, but still ended up on the wrong end of a Marcus Kruger deflection to remain down after forty.

From there, the Hawks displayed a closing kick that hasn’t been on display for quite a bit, with two goals to put some distance between themselves and the competition, rather than blowing yet another lead. Apparently they wanted to get that part out of the way early. The Kings would press in the final minutes to grab a goal mouth scramble goal from Tyler Toffoli, but the Hawks held onto their two goal lead to end things after sixty, having now taken six of 8 points on this road trip.

One more time: It’s Willie Mitchell yet again everyone.