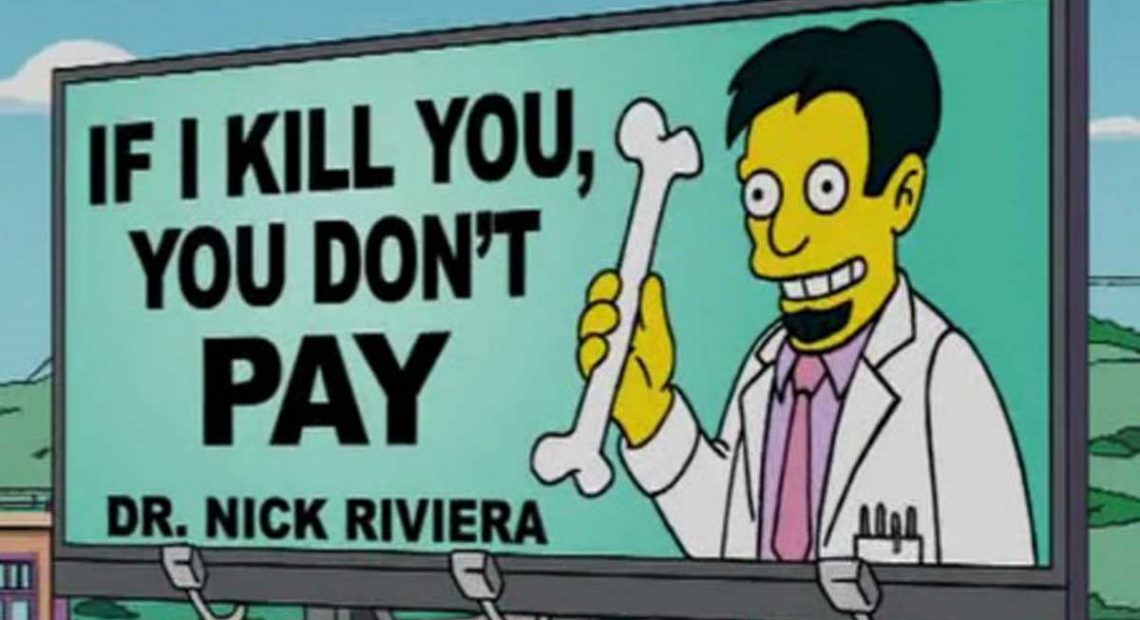 Welp, it looks as if MLB is really gonna do this.

I struggled coming up with an article announcing the imminent return of my favorite pastime for weeks now. It’s a weird feeling, watching sports during a pandemic. As many of you know already, I watch a boatload of professional wrestling. My favorite company, All Elite Wrestling (AEW) has been running empty arena shows along with WWE during the entirety of the crisis. I’m torn, because I know these men and women are potentially risking infection and quite possibly serious health issues or death to bring me entertainment on Wednesday nights. Yet still I tune in every week, and enjoy almost every second of it (unless it’s Raw or Smackdown, in which case I enjoy 1 out of every 10 seconds).

Baseball feels the same way to me, in as much that part of me is thrilled to watch these elite athletes ply their trade for my entertainment but another part of me is terrified that I’m going to wake up and find out that Lucas Giolito is in the hospital hooked up to a ventilator. I desperately want to have the comfort back that comes with watching a baseball game from my couch in the summer while checking my fantasy team’s stats on my phone. Just being able to pull your mind away from the constant stream of terrible news and watch something that’s fun is quite good for your mental health, but there’s also a feeling that by tuning in you’re enabling behavior that’s not helping the country work past this virus. There’s really no good answer to the question of “should we be watching this?” other than to come to grips with this being the new reality, and (for me at least) to just try and enjoy as much of it as I can. That’s not to say you’re wrong for not feeling comfortable with watching the product, far from it. I wouldn’t blame anyone in the slightest, I’m more just presenting my frame of mind going into this season (or whatever you wanna call it).

Speaking of this season, the start of it is merely a few days away. Since MLB is gonna plow ahead with this, I (and most likely Wes) will be here to cover all the Sox Excitement moving forward. This fresh of the heels of the White Sox pummeling the Cubs bullpen last night in an exhibition game that featured a mammoth home run by (seriously) Adam Engel that touched off a 6 run rally in the 6th inning that chased Robo-Hendricks from the mound and gave Jahrel Cotton vertigo from all the spinning around he was doing. Yasmani Grandal, Edwin Encarnacion and Luis Robert went back to back to back with doubles to end Cotton’s night and cement the win for the South Siders. More importantly, nobody got hurt and Yoan Moncada is apparently healed up from his bout with COVID-19 and could potentially be ready for the start of the season.

With Friday being a pseudo-Opening Day for the Sox, a few questions still remain heading into the series against the Twins. Here’s a few of them that hopefully will have some positive answers going forward:

What Does the Sox Rotation Look Like Going Forward, and Does Carlos Rodon Have A Place In It?

With Michael Kopech opting out for the rest of this season, the Sox are still left with good (if mostly unproven) depth at starter. As it stands, the rotation looks something like this:

Rodon, fresh off of Tommy John surgery, has made no secret about his desire to slide directly back into his spot in the rotation. With that being said, Gio Gonzales was signed in the off season specifically to provide depth to an unproven rotation outside of it’s top two starters. Will Rick Renteria go with a six man rotation heading forward, or will Gonzales be moved into more of an opener situation? Most of his success in 2019 was predicated on Craig Counsel of the Brewers keeping him from going through a lineup the third time. How will that fare in a shortened season like this? Will he be able to eat enough innings to be valuable? On top of that…

How Much Effect Will Yasmani Grandal Have On The Sox Young Rotation?

One of the main reasons Rick Hahn signed Yasmani Grandal this past fall was not only to add switch hitting pop to a Sox lineup that lacked it from the left side (Moncada notwithstanding), but to bring his elite framing skills to a Sox staff that outside of Lucas Giolito could desperately use a few extra called strikes. Will Grandal’s framing ability be able to harness the talent that Dylan Cease and Reynaldo Lopez clearly possess? Also…

Is The Regression Monster Coming For Yoan Moncada and Tim Anderson?

With both Moncada and Timmy hitting over .315 last season and TA winning the AL Batting Title, how much regression can be expected for the two? Moncada completely flipped the script from his 2018 season by massively cutting down on his K total and raising his BA from both sides of the plate. Tim Anderson did the same, all while walking approximately -7 times all season. I don’t think anyone believes that Tim is going to hit .335 again, the question is how far will he fall?

What Will Eloy and Luis Robert Bring To The Table This Season?

Eloy had a pretty solid rookie season all things considered, finishing with a .267/.315/.828 slash line with 31 dingers. Unfortunately for him, he spent a decent time on the shelf with varying maladies that kept him from really reaching his true potential. Will he be able to stay healthy and pick back up where he left off? Will Luis Robert be as good or better than Eloy in his rookie campaign? We all saw him rip a dinger off Carlos Rodon while falling down the other day, and that alone made a lot of our pants uncomfortably tight while watching it. How will he fare against pitchers that aren’t coming off Tommy John surgery? Does he have the plate discipline to go head to head with the Mike Clevingers and Josh Haders of the league?

How Good Are The Twins, Really?

As far as competition for the Sox goes this season, the main monolith standing between them and the promised land still resides in the swamps of Minnesota. With the type of offense that gives pitchers night terrors, the Twins are an offensive force to be reckoned with. On the other side of the ball, however, the Twins have a lot of questions of their own to be answered. Jose Berrios is a true ace, but after him the drop off is STEEP. Jake Odorizzi threw above his head in the first half of last season, but came crashing back to earth. Michael Pineda is very good, but also very suspended. Kenta Maeda is solid, but hasn’t been anything more than a super long reliever for the Dodgers in the past 3 years. The shambling corpse of Rich Hill is there, still throwing his 32 MPH curveball. Their bullpen is average at best. Is this the weakness the Sox hitters will be able to exploit? Finally…

Will COVID-19 Make All Of This Moot?

The challenges for this season to get underway, let alone finished are colossal. As of me writing this, the Toronto Blue Jays are still without a park to play in since the Canadian government told them to pound sand. The list of players who are opting out grows by the day, as does the case count across the nation. Testing delays are wreaking havoc across the South, forcing players to sit out without results to their required results. How long before the league has to take a serious look at whether or not continuing the season is viable? We could’ve been a month into the season by now with a decent infrastructure in place for testing if the owners hadn’t decided to be colossal dicks about everything, and now the league is behind the 8-ball. Will the considerable obstacles facing a full season be overcome? I guess we’ll see before too long.

Hoping you all and your families are well, and continue to be so. Stay safe everybody, and please for the love of baseball…wear a fucking mask. 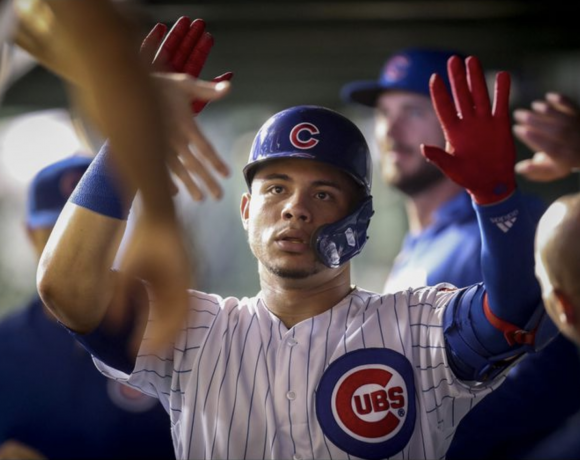 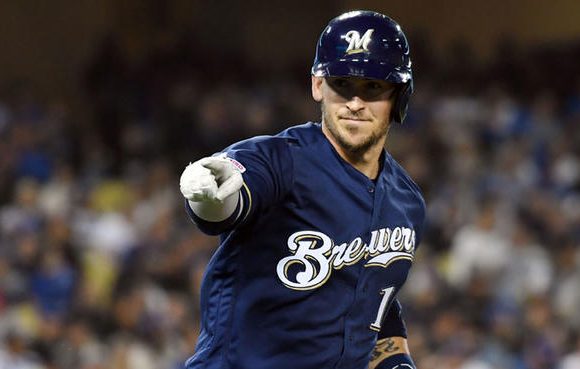 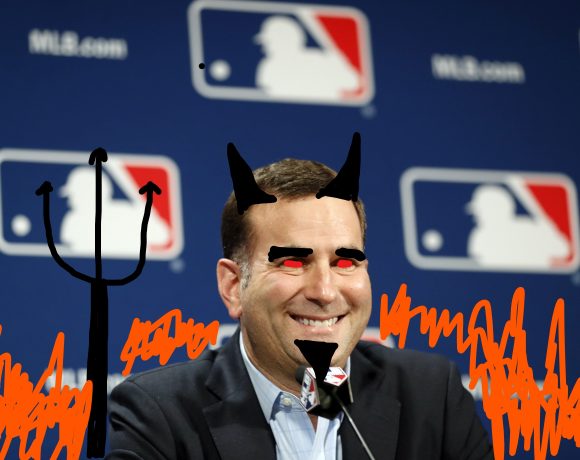