High On The Hog: To Kill A Penalty 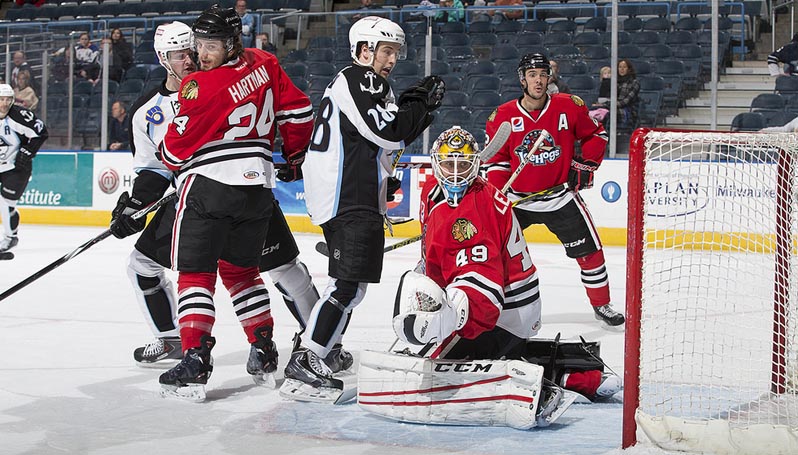 The Rockford IceHogs ran their road record to 10-4-0-1 this week. The AHL’s Midwest Division leaders beat the Admirals in Milwaukee for the second time in six days Wednesday night. Rockford then split a pair of games at Lake Erie over the weekend.

Heading into another week of travel, Rockford is piling up points away from the BMO Harris Bank Center. One big factor in this road surge has been a dominating penalty kill. Come to think of it, it’s been pretty darn good at home as well.

In 2013-14, the Hogs were an absolute joke when shorthanded. They were dead last in the AHL in this department with a 72.3 success rate. Here are some numbers that show the dramatic change from a season ago:

Rockford is tops in the league in road penalty kill percentage and is second to Hershey overall.

By the way, take out the blip that was November 4, when the Hogs allowed Lake Erie to go 4-for-4 on the power play before winning that game in overtime, and Rockford’s home percentage is at 90.4. The IceHogs overall percentage would be 90.5 and the Rockford PK would reign supreme, crushing opponent’s man advantages like a jelly bean. According to L.L. Cool J, that’s notorious (if we were able to exorcise that one game, which we can’t).

Time is going to tell if those numbers are going to hold up for the entire season. However, you can’t bang the drum for Rockford’s terrific record without giving props to the PK unit. The IceHogs are taking fewer penalties, especially at home. This can’t hurt, but it’s certainly not the only explanation.

Rockford has been aggressive when down a man and has the benefit of strong play in goal (which I have pointed out in past posts). The IceHogs gave up just one power play goal in 15 chances in their last three games. That one came on a 5-on-3. Kudos to Ted Dent and his staff for turning an area of extreme weakness to one of strength.

Adding To The Logjam On Defense

With the news of the Blackhawks trading Jeremy Morin Sunday morin…er…morning, the immediate path to the NHL for Rockford’s defensemen just seems a bit tougher to negotiate. Let’s look at this from the perspective of Chicago draft picks Klas Dahlbeck, Adam Clendening and Stephen Johns.

The Hawks traded for two defensemen (T.J. Brennan and Ville Pokka) who have taken prime minutes off the table (the two are paired together and have been quite effective). Then the parent club trades Morin for D Tim Erixon, a former first-round pick (like David Rundblad, who leapfrogged you last spring).

Also like Rundblad, Erixon has bounced around several franchises (Flames, Rangers, Blue Jackets) and can’t be sent down without passing through waivers, so he also leapfrogs you and is with the Blackhawks as we speak (breaking ten minutes in ice time Sunday night to boot).

Dahlbeck’s trail run with Chicago ended when he was shipped back to Rockford on Sunday. It must be a little tough to swallow when the organization keeps trading for players to fill the roster instead of giving guys that have spent time in the system an extended look.

Rockford sent Jamie Wise and Dillon Fournier back to the Indianapolis Fuel early this week, bringing up Mathieu Brisebois to Rockford. Brisebois, who played 13 games for the IceHogs a year ago, was the other defenseman Chicago got with Rundblad last spring.

Brisebois was leading Indy’s defensemen in scoring, got into Saturday’s win at Lake Erie. However, I hope his bags are packed as Dahlbeck’s return likely leads to another stint with the Fuel.

Still On The Shelf

Mark McNeill is yet to return from a lower body injury suffered November 15. What was initially described as a day-to-day malady has cost McNeill 13 games.

Stephen Johns has been out the last eight games with an upper-body issue. Concussion or not, Johns has not played since November 26. Of course, Alex Broadhurst will be unavailable until spring after breaking his arm in that November 26 game with the Iowa Wild.

Recapping The First Half Of Rockford’s Road Trip

Rockford got another road win against the Admirals in what was a scoreless affair for the first 32 minutes.

Shortly after a second-period bout that saw Brandon Mashinter decision Jonathan Diaby, Rockford completed a sweet passing sequence that began with Dennis Rasmussen taking a pass from Adam Clendening and entering the Ads zone. Rasmussen dropped the puck back to Phillip Danault, who wove to the right circle and hit Garret Ross at the left post. Ross tapped in past Milwaukee goalie Magnus Hellberg to unite rubber and twine 12:25 into the middle frame.

Pontus Adberg would tie the contest for the Admirals late in the second. However, the Hogs regained the lead just seconds into the third period.

T.J. Brennan brought the puck out of the Rockford zone before passing to Teuvo Teravainen near center ice. Teravainen crossed the Admirals blue line and gave the puck back to Brennan, who had skated up the left side. Taking possession at the left circle, Brennan snapped off a shot that whizzed over Hellberg’s shoulder and into the back of the net. The eventual game-winner came 40 seconds into the final period.

Brennan was named the game’s first star, with Ross nabbing third star honors. Michael Leighton followed up a shutout of Milwaukee last week with another solid performance, stopping 19 of the 20 shots he faced.

The Hogs dropped another game to a Monsters club that has been playing lights out as of late. Lake Erie won its sixth straight game Friday night. Two of those wins have been over Rockford, who did manage to draw first blood in the contest.

T.J. Brennan started and finished the scoring play after Lake Erie won the opening draw. Brennan flipped the puck out from the corner of his own zone and came up the ice as Garret Ross shot high of the net. The rebound came off the glass and out to the left half boards, where Phillip Danault shoveled a pass to Brennan just inside the blue line. Brennan zapped a long-distance kitten past Sami Aittokallio’s mitten. Just 27 ticks into the game, the IceHogs led 1-0.

The Monsters evened the score on a Maxim Noreau tally in the 16th minute, then took command of the proceedings with a pair of second period goals. Troy Bourke gave Lake Erie the lead in the eighth minute, while Stefan Elliot potted a goal with 47 seconds remaining in the period on a play where Colin Smith may have made a little contact with Hogs goalie Michael Leighton.

Brennan jumped on Smith, starting a scrum that resulted in a slashing infraction. As the period ended, Jeremy Morin decided it would be a good time to shove Elliot and earn two minutes for roughing. The Monsters started the third period with a two-man advantage.

Lake Erie converted on the gift-wrapped 5-on-3 with a Smith goal to increase the lead to 4-1 just a minute into the final stanza. The Hogs got a goal from Danault midway through the third when the teams were skating 4-on-4.

The sequence was started by Adam Clendening, who hit Joakim Nordstrom in neutral ice. The captain brought the puck into Lake Erie territory before dropping a pass to Danault, who went to the right circle and beat Aittokallio to the far side of the goal. Alas, that was as close as Rockford would get on this night.

The IceHogs got a measure of revenge in the rematch in Lake Erie. Rockford ended the Monsters eight-game point streak behind another steady outing by Mac Carruth in goal and a hat trick by Joakim Nordstrom.

The Hogs jumped out to a 2-0 advantage in the opening five minutes of play. Nordstrom got his first goal 1:03 into the game after taking a pass from T.J. Brennan in the neutral zone. The IceHogs captain skated across the Lake Erie blue line and between the circles. His offering beat Sami Aittokallio to the stick side and on came the light.

Rockford took advantage of its first power play, awarded when Maxim Noreau was called for tripping in the fourth minute. Nordstrom found Teuvo Teravainen at the right circle. Teravainen hit Jeremy Morin, who was camped out at the left post. Taking advantage of an open net, Morin potted his first goal of his season to send the Hogs out to a two-goal lead.

Lake Erie got on the board on a Bruno Gervais goal that cued the Monsters Chuck-A-Bear promotion in the seventh minute. The lead was 2-1 after 20 minutes, but Rockford went into the locker room with 21 seconds of two-man advantage waiting for them.

The IceHogs didn’t score on the 5-on-3, but converted on the power play 1:11 into the second period. Brandon Mashinter redirected a shot by Adam Clendening. The rebound bounced in front of the net. Garret Ross got a stick on it before Nordstrom put the rebound into the net, making it 3-1 Rockford.

Carruth, making his second start of the season for the Hogs, came up big late in the second when Lake Erie got the puck on the door step several times on a power play. The Monsters were held out of the net until the eighth minute of the final stanza, when Markus Lauridsen got a shot past Carruth to cut the lead to a goal.

Enter Nordstrom, who completed the hat trick with his best work of the evening, chasing down a puck into the left corner that was sent there by Phillip Danault. Nordstrom skated to the front of the net, worked around a couple of defenders, collected the puck and elevated the puck past Aittokallio at 13:52 of the third period. Rockford led 4-2, adding the final goal when Mashinter escorted the puck into an open net.

Nordstrom, to the surprise of no one, earned first star for his four-point evening. Carruth, who would up stopping 25 of 27 shots, was the game’s third star.

Power Play-Two goals in five attempts.
Regin-Mashinter-Hartman-Brennan-Pokka
Morin-Nordstrom-Ross-Teravainen-Clendening
Mashinter was on the ice for Morin when Nordstrom got his second goal.

Back On The Road Again

Rockford continues the road trip this week, visiting Iowa Tuesday night. The IceHogs then move on to Oklahoma City for back-to-back games Saturday and Sunday against the current Western Division leaders. 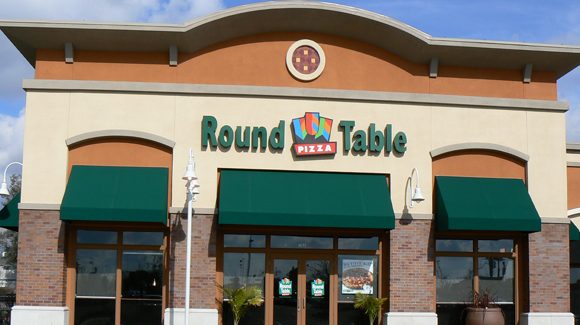