High On The Hog: A Pair Of All-Stars 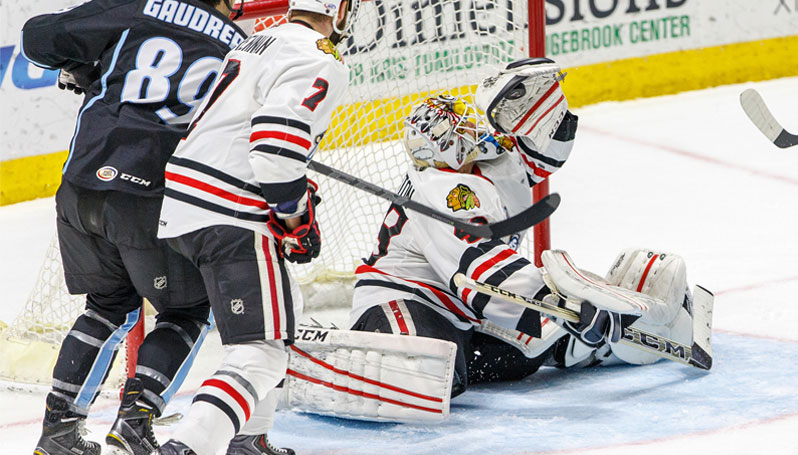 Two Rockford IceHogs were selected to participate in the AHL All-Star Classic, which will be held in Utica January 25-26. T.J. Brennan and Joakim Nordstrom were selected to represent Rockford, who still maintain the lead in the AHL’s Midwest Division.

T.J. Brennan is on the Western Conference All-Stars for the second straight season. Brennan leads the Hogs with 29 points in 38 games. He’s also a plus-16 at this point.

Joakim Nordstrom, currently with the Blackhawks, also made the Western Conference team. Nordstrom, who is Rockford’s captain when he’s in town, has 13 points (8 G, 5 A) in the 17 games he has skated with the IceHogs.

It is unclear whether Nordstrom will be participating in the festivities in Utica at the end of the month. If the league is looking for Hogs to possibly fill in, they could do worse than Mark McNeill and Garret Ross.

Michael Leighton has seen quite a bit of action recently, having been in net in Rockford’s last four games. In doing so, Leighton broke the team record for consecutive shut-out minutes.

Leighton went 187:29 between goals in those four games. He kept Grand Rapids from scoring in the last 42:37 of play in Rockford’s shootout win December 31, then shut out the Wolves in Chicago January 3.

Leighton relieved Scott Darling in Milaukee Thursday night with the IceHogs down 4-2 in the second period. He did not allow a goal the last 22:38 of that contest. The following night, Leighton was a hard-luck loser to the Admirals. Leighton stopped 34 shots before giving up a goal in the third minute of overtime.

With the effort, Leighton obliterated the IceHogs AHL mark set by Carter Hutton (127:58) in 2012, as well as the franchise mark of 133:21 set by Michel Robinson back in 2004 when the IceHogs were a UHL club.

Leighton is 9-7-3 in 21 appearances this season. His recent stinginess has brought his goals against average to 2.14, while his save percentage is now .924.

The IceHogs had a tough pair of games with Milwaukee in last week’s action. The Admirals, who are second to Rockford in the AHL’s Midwest Division, closed the gap between the two teams while handing the Hogs a pair of defeats.

Note: I watched snippets of the two Ads/Hogs tilts. No special teams in this week’s recaps. Sorry. Try and imagine the usual gang on the power play and penalty kill units.

Rockford jumped out to a two-goal advantage in the first twelve minutes but the Ads stormed back to take the contest.

Phillip Danault opened the Hogs scoring at 9:04, gaining control of a loose puck in the slot and potting a power play goal. Just three minutes later, T.J. Brennan jumped into the play to stick a rebound of a Ville Pokka shot past Marek Mazanec and into the net.

From there, it was all Milwaukee, who outshot the Hogs 28-12 in the last 40 minutes.

The Admirals scored late in the first period, tied the game six minutes into the second, and took control of the game with a pair of goals on Scott Darling 35 seconds apart. The second of those goals chased Darling from the crease in favor of Michael Leighton at the 15:26 mark.

Brennan, Danault, Cody Bass and Ryan Hartman were all involved in fights in this one. Pierre-Cedric Labrie was tagged with ten-minute misconduct and two-minute roughing penalties late in the second period.

For 60 minutes, the teams were unable to find the mark as Marek Mazanec and Michael Leighton battled to a scoreless tie. Milwaukee ended the contest two minutes into the extra session when Austin Watson’s shot found the net.

Leighton stopped the first 34 shots fired at him but was still tagged with the loss.

Rockford hosts Charlotte and Iowa Tuesday and Friday, respectively. Saturday night, the Hogs head down I-90 to Allstate Arena to tangle with the Wolves. 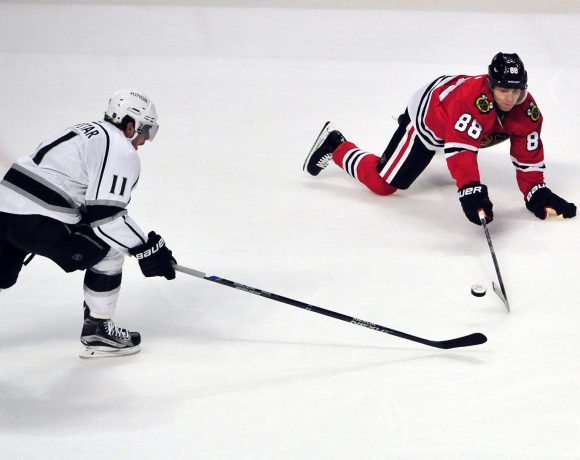 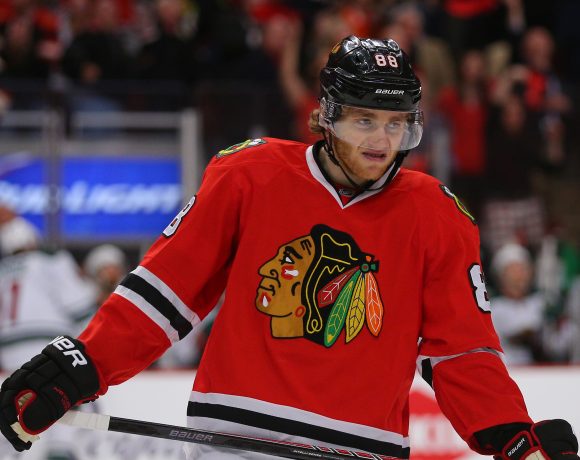 Well Pilgrim, Not Until You Eat The Peanuts Outta My…-FFUD’s Player Reviews: Patrick Kane or The Barometer?