High On The Hog: Somebody's Watching Me 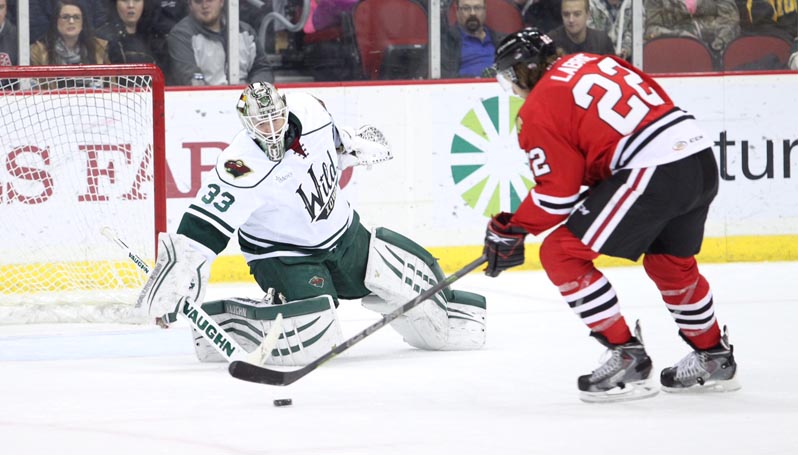 The Rockford IceHogs will be hosting nine of their next 15 games at home through next month. That’s fine by me; the IceHogs are limping home after losing the last three games of their six-game road trip.

Some recent events around the AHL prompted me to take a look at the drawing power of the Blackhawks affiliate out here in Northwest Illinois. You might be surprised. Then again, you may not.

While tuning in to the weekend games in Oklahoma City, it was revealed that the Baron’s NHL parent club, the Edmonton Oilers, was not renewing their affiliation agreement with OKC. The Barons announced Thursday that they will be ceasing operations following the season and folks were definitely bumming in what looked like a pretty empty house.

The Barons are averaging 3,365 per game in the Cox Convention Center, a building that holds over 13,000 for hockey. That attendance is the worst in the Western Conference.

While waiting for overtime, the Barons broadcaster bemoaned the fact that the attendance would have to nearly double for the team to be successful in Oklahoma City. Saturday’s crowd was announced at 5,817, but apparently the Barons’ goose is cooked and that’s too bad for the fans that do show up.

Abbotsford lost their team when Calgary moved its affiliation to Adirondack this past season. Two years ago, the Blues moved their affiliate from Peoria to Chicago (though the AHL franchise moved to Utica).

I went to a Rivermen game at the Peoria Civic Center last year (the Rivermen play in the Southern Professional Hockey League) and it was real sad to talk to folks at the Civic Center who had Blues prospects coming through town for years lose that AHL affiliation. At least there’s still hockey to watch, though.

Rockford, who lost the Lightning when the Continental Basketball Association went down the tubes and couldn’t keep the Cubs Midwest League affiliation in the late 90’s, has taken to hockey and kept a team in town for the past 15 years, dating back to 1999 when the United Hockey League incarnation of the IceHogs hit town.

Rockford drew an average of 3,826 in their first season of what is a ten-year affiliation agreement with the Blackhawks Here’s how average attendance has risen nearly 20 percent since 2007-08 (the BMO Harris Bank Center holds 5,895 for hockey after recent renovations):

It should be noted that the UHL Hogs drew 3,895 in its last year of operations (when they won the league title) and averaged about 3,700 customers in eight UHL seasons.

So far in 2014-15, Rockford is drawing 4,255 through 13 games. Typically the attendance climbs as the season progresses, but that’s still filling the BMO to 70 percent of capacity every night. It does seem odd that in a season where the IceHogs are playing well and winning the bulk of their games, those numbers aren’t a bit higher. At least to me.

Will a Midwest Division championship and a potential playoff run spur a record amount of fans to the BMO Center this season? Is the 5000 per game mark out of the question?

Forward Mark McNeill, who led Rockford in scoring before getting hurt in mid-November, made his return to the lineup this week. McNeill had an assist Tuesday night in Iowa as well as one Saturday in Oklahoma City.

Unfortunately, the Hogs were missing two other forwards over the weekend. Both Peter Regin and Garret Ross were not on the ice in Oklahoma City for the two games with the Barons.

Jamie Wise was brought up on Wednesday from Indianapolis. So far, there is little word as to when Regin and Ross will return. Defenseman Stephen Johns missed another week of action with what is suspected to be a concussion suffered November 26.

Following Tuesday’s game in Iowa, Mac Carruth was sent to Indy to allow for Scott Darling to rejoin the club.

The Hogs hit a holiday lull this past week, dropping three games on the road. Entering a short reprise in the AHL schedule, the IceHogs remain atop the Midwest Division with 40 points. They are now third behind Utica and Oklahoma City (who dropped the Hogs twice this weekend) in the AHL’s Western Conference standings.

Rockford scored the first goal of the night, assaulted two Wild goalies with 59 shots (a franchise record and the most in the AHL this season) and still managed to get beat by four goals at the Wells Fargo Arena.

Things were looking up for the Hogs early. Mark McNeill, making his return after missing a month of the season, started a scoring play in the Rockford zone. McNeill gained possession and got the puck to Kyle Cumiskey. Cumiskey slid a long pass to Matt Carey crossing Iowa’s blue line and Carey fed the Wild net a rubber biscuit. At the 8:12 mark, the IceHogs held a 1-0 advantage.

That’s about all she wrote on the good side of the ledger. Iowa tied the game on a Jonathan Blum power play goal 7:41 into the middle frame. The game-winner was scored two minutes later by Jordan Schroeder.

Iowa added another goal late in the second and two more in the third. The final one came on a shorthanded empty-netter after Ted Dent pulled Michael Leighton with five minutes to go.

By that time, the Hogs were looking at their second goalie of the evening. John Curry started the game and sent aside 33 of 34 shots, including an incredible pad save on Pierre-Cedric Labrie shorthanded breakaway attempt that could have seen Rockford go up 2-0 in the first period.

Johan Gustafsson came out for the final 20 minutes and stopped 25 more Rockford offerings. The IceHogs twice had 6-on-4 opportunities after pulling Leighton but couldn’t force another puck across the goal line.

You can add this to the “Something You Don’t See Every Day” file. The starting goalie (Curry) was voted the game’s second star. The first star? Gustafsson, who relieved Curry after two periods.

Rockford took a third period lead but was only able to pick up a point in the standings. The Barons tied the game late in the third and potted the latest of overtime goals to take the first in back to back games in Oklahoma City.

The IceHogs were outshot 15-5 in the opening 20 minutes but neither team scored until the midway point of the second period. Bogdan Yakimov knocked in a deflected puck that had gotten up and over Scott Darling at the 11:00 mark.

Rockford captured the lead with a pair of power play goals early in the third period. Starting play with a man advantage, the Hogs worked some fine passing from T.J. Brennan to Mark McNeill to Teuvo Teravainen, who scored from the bottom of the right circle 30 seconds into the period.

The tie was broken, again on the power play, two minutes later. Pierre-Cedric Labrie locked in on a rebound of a Ville Pokka shot. The puck sailed past Barons net minder Laurent Brossoit and into the goal to put Rockford up 2-1 with 2:32 gone in the final fram

The score remained in favor of the IceHogs until Brennen was sent to the box for a high-sticking in the 13th minute. A few seconds later, Jason Williams scored the equalizer, splitting the Rockford defense and beating Darling to the far side.

It looked as if the teams were headed for a shootout until Brennen was again sent to the bin of sin, this time for a delay of game with 36 seconds left. The penalty kill withstood a couple of shots but Williams beat Darling high on the stick side from the left dot with .7 seconds on the clock.

Don’t pin this one on the Hogs goalie. Darling stopped 44 of 47 Barons shots on the evening. For the effort, he drew second star honors.

The Hogs wound up the six-game road jaunt with another loss to the Barons. Scott Darling was victimized by a couple of deflections that wound up in his net. On an afternoon where Rockford again struggled to generate offense, that was too much to overcome.

Curtis Hamilton got OKC started 15:58 into the first period after Darling had turned away a couple of Barons shots. Hamilton skated to a long rebound out in the slot and banged home the goal. The lead grew to 2-0 in the fifth minute of the second when Joshua

Winquist sent a shot from the left circle toward Darling. The puck caromed off of the stick of Zach Miskovic and hopped over Darling’s glove and into the net at the 5:28 mark.

Not quite 30 seconds later, Rockford got on the scoreboard. Brandon Mashinter skated in from the left side and got a puck into the pads of Laurent Brossoit. Cody Bass dug the puck out from under Brossoit and Dennis Rasmussen hacked the puck into some open ice. Mashinter, who had come around to the right post sent a falling attempt under the crossbar. The Hogs had taken advantage of a fortunate bounce and cut the lead in half.

The Barons extended their advantage again late in the second period when an attempt by Andrew Miller hit Mashinter’s stick and slid under Darling with just 14 seconds remaining. The 3-1 score held up through the final 20 minutes.

Rockford picks up the action right away following Christmas. In what could turn out to be quite a grudge match, the Hogs host Iowa Friday night. They then have a home matchup with the Chicago Wolves Sunday afternoon.

Cleaning Up After The Furor 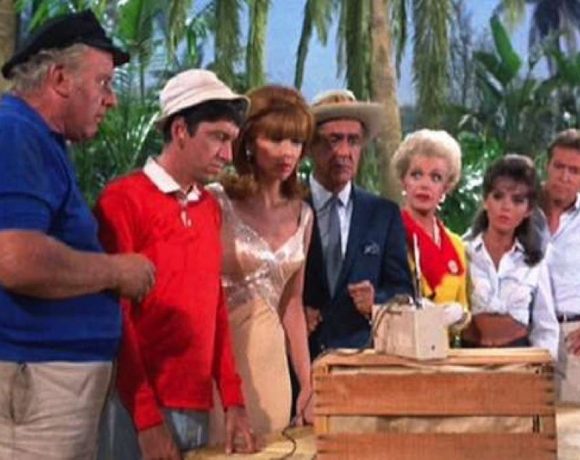