High On The Hog: First Impressions 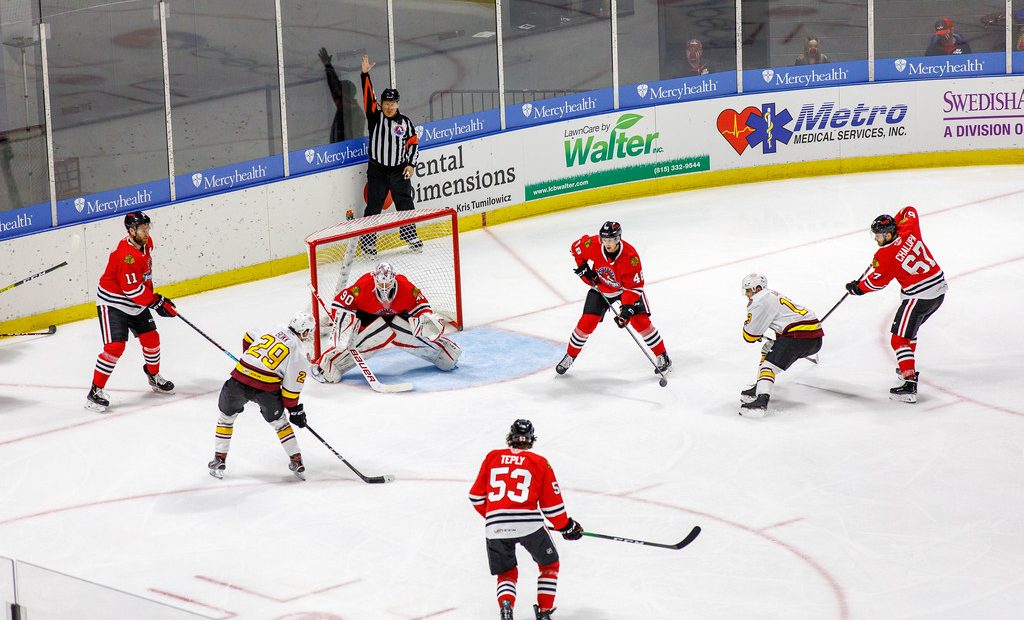 The Rockford IceHogs, AHL affiliate of the Blackhawks, finally got their season underway Saturday afternoon at the BMO Harris Bank Center. As I expected, the piglets were unable to slow down the talented Chicago Wolves. Rockford lost their season opener 5-4.

What I did not expect to see was the IceHogs competing with their intrastate rivals. Rockford has nowhere near the firepower the Wolves possess, yet they led twice in the contest and had an open look to tie things up late in the game.

The key for the Hogs this year will be how the young prospects will contribute to the scoring sheet. On Saturday, three rookies drew cord-Chat Yetman, Wyatt Kalynuk, and Matej Chalupa. Evan Barratt chipped in with an assist and was active around the net.

Chalupa’s third-period goal was set up with a nice feed from behind the Wolves net by D.J. Busdeker. Andrei Altybarmakyan contributed a secondary assist and, like Barrett, had three shots on goal.

It was nice to see the youth of Rockford get into the offensive mix. That is going to have to continue if the IceHogs expect to stay with teams like Chicago. Especially since the piglets will be seeing a lot of the Wolves.

Chicago, who had beaten Grand Rapids 3-1 the previous evening, was filling in as Rockford’s opponent after the Cleveland Monsters were grounded with COVID-19 issues. It was announced over the weekend that two additional games with the Wolves had been scheduled. The first of which will be in Hoffman Estates on Tuesday, February 9.

As things got underway at the BMO Saturday, I got a tweet inquiring about defenseman Jack Ramsey, who wasn’t on the ice for the Wolves game. Ramsey also was not on the Hogs opening day roster. Or the training camp roster. Or the Indy Fuel’s roster, because that’s where I looked next.

Ramsey signed a one-year AHL contract with the IceHogs on April 30. The Minnesota defenseman was a seventh-round selection of the Blackhawks in the 2014 NHL Draft. He spent the bulk of last season with the Fuel (2 G, 8 A in 46 games). He was recalled a couple of times by Rockford but never got into a game.

I will try and follow up on Ramsey’s status for this season.

Hey! We Got A Recap!

The Rockford IceHogs got off to a fast start in their season opener. They just couldn’t keep a talented Chicago Wolves out of the net.

The Hogs raced out to an early 2-0 lead, only to see Chicago rally from behind twice as the Wolves took over to win, 5-4. A pair of goals from Wolves rookie Seth Jarvis proved to be the difference in this high-scoring affair.

The Hogs were 2-2 on the power play in the first half of the opening period. With Lukas Craggs in the box for holding, John Quenneville took a pass from Wyatt Kalynuk into neutral ice. A give and go with Cody Franson allowed Quenneville to streak into the Wolves zone. He beat Chicago goalie Jeremy Helvig from the slot at 4:41 for a 1-0 Rockford advantage.

A few minutes later, Joey Keane was sent to time out for holding the stick. The IceHogs won the resulting offensive zone draw and maneuvered the puck to a pinching Franson. The veteran defensman found Evan Barratt in front of the Chicago crease. Helvig stopped the attempt, but Chad Yetman’s put back gave Rockford a 2-0 lead at the 8:35 mark.

The Wolves rallied in the latter half of the first period. Jarvis potted his second goal of the season, cleaning up a rebound of a Jamieson Rees power move to the Hogs net at 17:22 of the first. Just over a minute later, Cavan Fitzgerald sent a snipe from the top of the left circle. The shot beat Hogs goalie Matt Tomkins, clanged off the left post and settled into the net to tie the contest at two goals with 1:36 remaining in the fist period.

Rockford went up early in the second when Franson set up Kalynuk for a one-timer from the right dot on the man advantage 4:36 into the middle frame. The Wolves responded with three unanswered goals.

Coming off a faceoff win in the Hogs zone, Alexandre Carrier sent a shot wide of the net. However, the carom off the end boards wound up on the stick of Tanner Jeannot, who tied the game 3-3 at the 5:11 mark. Another strong move to the net by Rees got him past the defending Chad Krys. Jarvis was on hand to finish the play and put the Wolves up 4-3 at 8:10 of the second.

Rem Pitlick got in the way of a Quenneville pass attempt to set up a breakaway chance. Pitlick sent a shot over the blocker of Tomkins for a 5-3 Chicago lead at the 14:35 mark. The IceHogs found themselves down a pair at the second intermission.

Rockford cut the Wolves lead to 5-4 on an even-strength goal by Matej Chalupa, who gathered in a nice backhand pass from behind the net by D.J. Busdeker and snuck a shot past Helvig. Dylan McLaughlin was credited with the secondary assist and also helped out with a screen of Helvig on the goal, which came at 9:27 of the final frame.

The equalizer would not materialize before the final horn. Yetman had an open look from the left post on a late Rockford power play. However, his put back attempt of Barratt’s shot was just off the mark. Despite pulling Tomkins for a two-man advantage, Chicago held firm and time ran out on the Hogs.

Tomkins made 31 saves in the loss, in which the Hogs were out shot 36-32. The game’s three stars, in order, were Jarvis, Franson, and Kalynuk.

Next up for the piglets are these same Chicago Wolves. The two teams will meet at the Triphahn Center in Hoffman Estates on Tuesday in one of those classic 2:00 p.m. starts that everyone can enjoy.

Follow me on twitter @JonFromi for game recaps, news, and thoughts on the IceHogs all season long. 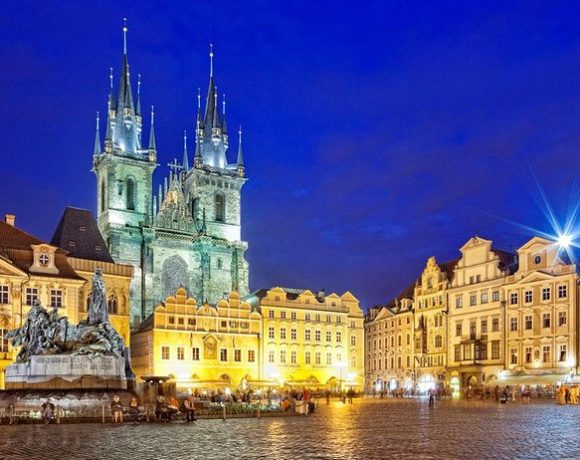