High On The Hog: Four-Point Week 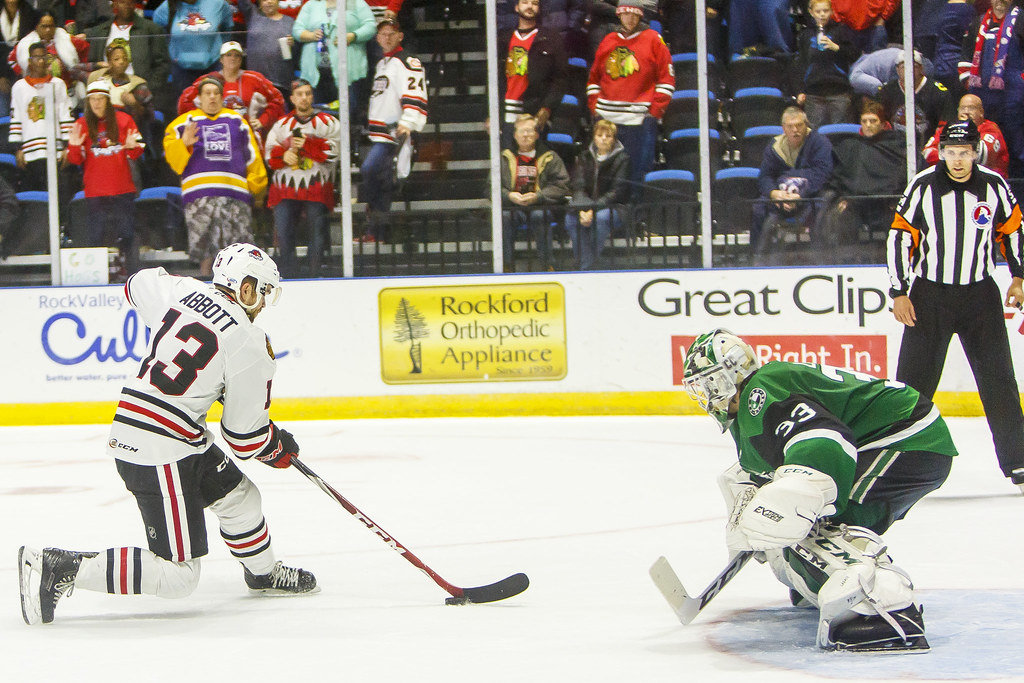 The Rockford IceHogs, AHL affiliate of the Chicago Blackhawks, rebounded from a tough stretch of games with a pair of wins this past week. Goals have been hard to come by for the Hogs so far this season, so it was nice to see the Hogs post some crooked numbers on the BMO Harris Bank Center scoreboard.

Rockford made a quick trip west to DesMoines to beat Iowa before returning home and prevailing in a shootout with Texas. This places the IceHogs in fifth place in the Central Division with a 7-8-1 mark.

The IceHogs sent F Tyler Barnes down to the Indy Fuel on Saturday. This seemed a bit odd to me, as this leaves Rockford with just the minimum of 12 forwards.

The Hawks are on the road yet and the Hogs have three games this week. I would guess that Rockford could be calling up a forward like Bryn Chyzyk or Evan Mosey. I can’t remember a stretch where there were so few available players on the IceHogs roster.

UPDATE-Sometime on Tuesday, Rockford recalled Barnes, according to the AHL transaction wire. I would expect a release Wednesday morning from the IceHogs announcing this.

The brass must have wanted Barnes, who has no points in five skates with the Hogs, to get some ice time. In his only game with the Fuel on Sunday, he scored 94 seconds into the game and added assists on Indy’s next four goals. Barnes was first star of the game and posted a five-point night. Decent workout.

It was the power play that was the difference for the IceHogs at Wells Fargo Arena. Rockford made good on its first three chances when up a man to get the best of the Wild.

Iowa got a power play goal from Teemu Pulkkinen 3:28 into the game. The Hogs would even the score 30 seconds into their first man advantage, triggered by Christoph Bertschy’s tripping penalty.

Spencer Abbott got control of the puck in the left corner of the Wild zone and sent a pass across the ice to Ville Pokka. Pokka gathered in the biscuit at the top of the right circle and found twine in the upper corner of the net at the 11:12 mark of the first period.

Bertschy wound up in the box 1:53 into the second period. Once again, the IceHogs made Iowa pay for the infraction. This time, Abbott fed Tanner Kero with a pass. Kero skated to the right circle and fired home what would be the game-winner in this contest past Wild goalie Steve Michalek. Time of the goal was 2:40 of the second period.

Late in the period, with Kurtis Gabriel of the Wild in timeout, Sam Carrick was able to skate into the slot and backhand a shot past Michalek and into paydirt. The Hogs led 3-1 going into the second intermission and never looked back.

Pokka and Kero were the game’s first and second stars, respectively.

Rockford blew a three-goal lead in the third period but recovered to take two points from the Stars.

Swedish defensemen staked the Hogs a 3-1 lead after 40 minutes. Erik Gustafsson opened the scoring at 7:55 of the first period with a one-timer from the top of the right circle. Carl Dahlstrom benefited from a P.C. Labrie feed from the high slot 2:20 into the middle frame.

Texas got on the board moments later, but Gustafsson restored the two-goal advantage a little past the midway point of the game. This one came via the power play, where Gustafsson crashed the net to put back a rebound of a Mark McNeill attempt.

When McNeill potted a shorthanded goal 4:48 into the third, things looked good for the Hogs. Up 4-1, however, Rockford surrendered a pair of goals in the space of the next two minutes and suddenly the Stars trailed by a lone goal.

Andrew Brodnarchuk got the equalizer past Lars Johansson with just 2:39 remaining in regulation. Gus Macker Time went without a goal and off the teams went to the shootout.

Penalty Kill (Stars were 1-4, with McNeill scoring a shorty.)

The Hogs are currently in a stretch of seven of eight games at the BMO. Rockford will host Cleveland Wednesday night and Milwaukee Friday before visiting Chicago and the Wolves Saturday. 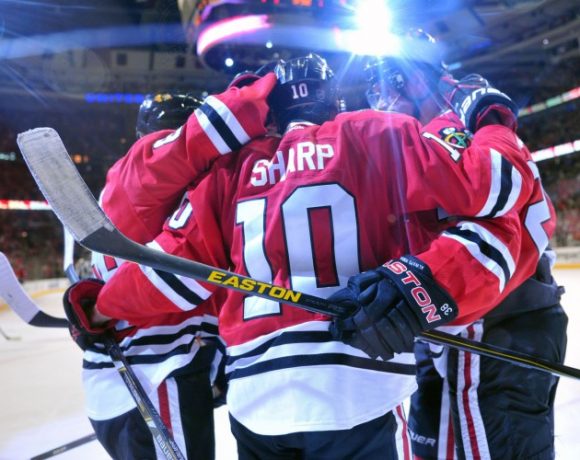 Have This Week’s Ivy Drip For Free 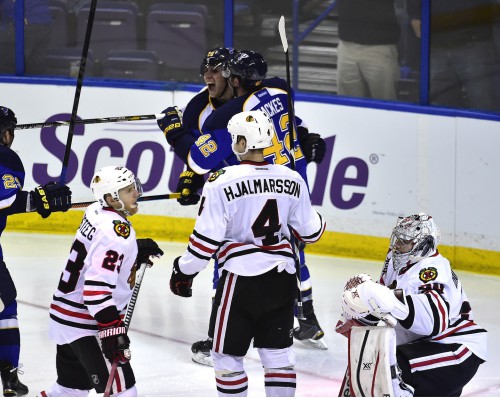