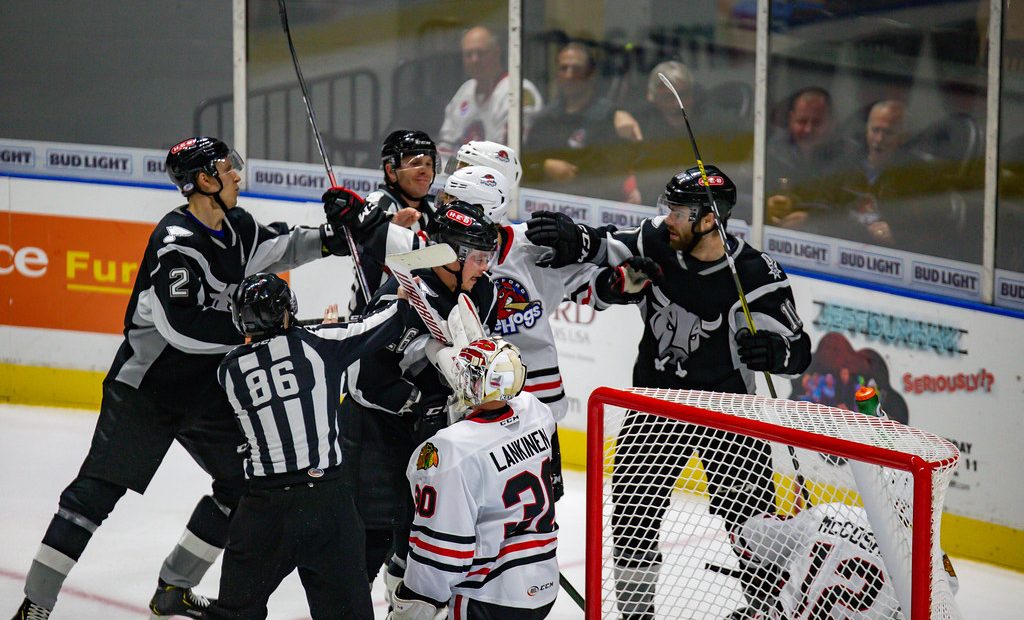 The Rockford IceHogs end a six-game home stand this weekend against the San Antonio Rampage. Rockford has been trying to get its arrow pointed up for some time. A nice win over Texas on Tuesday night has the team entering Friday’s action on the positive tip.

The IceHogs posted a 5-2 victory against the Stars, with goals from Dylan Sikura, John Quenneville, Gabriel Gagne, Brandon Hagel and Dennis Gilbert. Collin Delia fended off 35 shots to help get Rockford a much-needed win.

Hagel continues to be the standout rookie on the IceHogs this season. His 17 goals lead the club and places him in a tie for fourth among freshmen goal scorers. With 25 points on the season, Hagel is 15th among rookies.

Sikura the Younger’s tally was his twelfth of the campaign, tying him with brother Tyler for second place in team scoring. Sikura the Elder leads Rockford with 29 points (12 G, 17 A).

Dylan Sikura did leave Tuesday’s game in the second period. However, Jacob Nilsson was back in action after a kneeing incident last Friday. Nick Moutrey did not skate on Tuesday after being injured last weekend.

The IceHogs released Peter Quenneville from his tryout contract this week, signing veteran skater Garrett Mitchell to a PTO on Thursday. Mitchell was a long-time member of the AHL’s Hershey Bears, though he has been primarily an ECHL player this season. Rockford also sent D Jack Ramsey back to the ECHL’s Indy Fuel Thursday.

Bringing Brandon Bollig Back To The BMO

Former IceHogs forward Brandon Bollig will be at the puck-dropping ceremony at the BMO Harris Bank Center Friday night. Bollig spent parts of three seasons with the IceHogs. He is second all-time to Jake Dowell on Rockford’s AHL leader board with 44 fighting majors.

Bollig was an undrafted free agent who wound up playing five NHL seasons and winning a Stanley Cup with Chicago in 2013. I’ll remember Bollig for the ecstatic grin he wore as he hammered away at an opponent. Which he would do regularly.

This year’s IceHogs team, by the way, is up to 18 fighting majors heading into the weekend. At this pace, this will be the feistiest Rockford teams in several seasons. Joseph Cramarossa leads the Hogs in this category with five scraps, while Dmitri Osipov has dropped the gloves four times.

Rampage On The Road (To Vegas)

Visiting San Antonio, in the midst of a ten-game road jaunt, was purchased by the Vegas Golden Knights for the purpose of moving the franchise to Nevada this fall. The Rampage sit right below the Hogs in the seventh spot in the Central Division as they pull into the BMO for games on Friday and Saturday.

Rockford is 2-1 against San Antonio this season. They last saw the Rampage in Texas back in November, when they split the last two games of their Lone Star swing.

San Antonio was shut out by Iowa Wednesday night. Like Rockford, the Rampage have struggled of late, having just three wins in their last ten games. San Antonio leads the league with 33.30 shots per game Though they have had trouble getting those shots into the net, this could be a factor this weekend since the IceHogs have been giving up a lot of shots themselves.

Defenseman Derrick Pouliot paces San Antonio with 32 points (6 G, 26 A). Two of those goals have come against Rockford. The Rampage have two 18-goal scorers in Nathan Walker and Mike Vecchione. 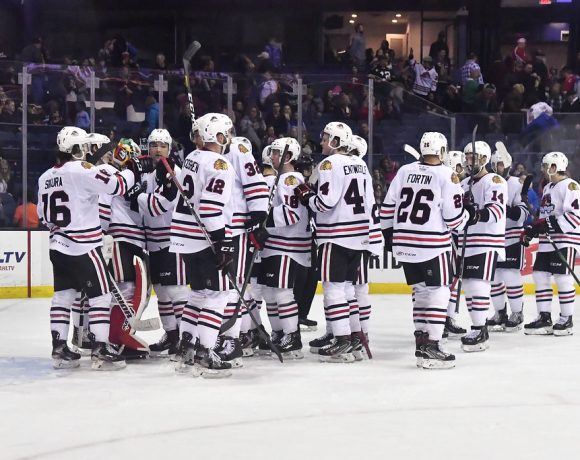 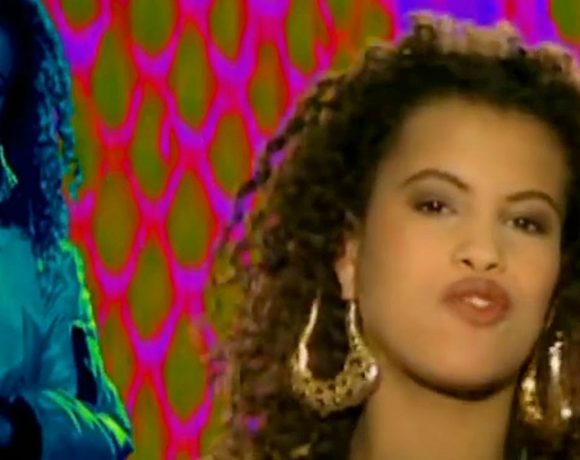