High On The Hog: Regin Helps Close The Gap 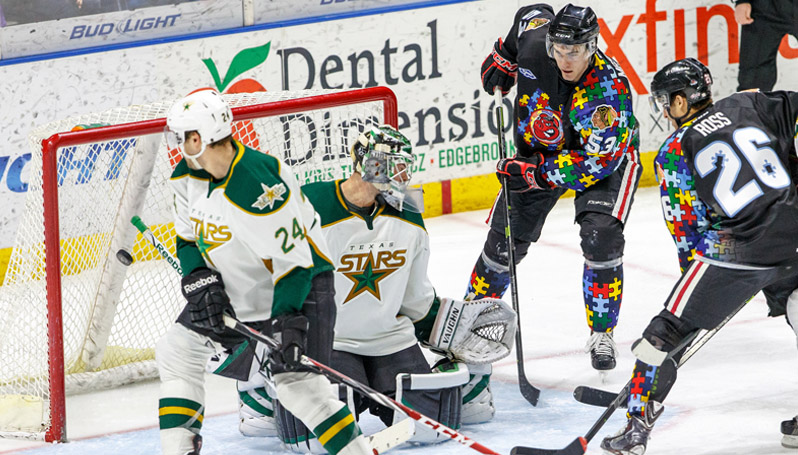 Recently, I noted that veteran center Peter Regin, drawing an NHL salary down with the Rockford IceHogs this season, could stand to raise his game in response to several offensive threats being called up to the Blackhawks. Regin has indeed increased his production in what has been a big run by the Hogs of late.

Regin’s seven-game point streak came to an end Sunday. Still, he has points in 11 of his last 13 games. He has three goals and eight assists in that span as Rockford went 9-3-1. This includes a four-game winning streak that has closed the gap on Grand Rapids in the AHL’s Midwest Division.

The IceHogs won all three games this past week to give them 81 points on the season. The Griffins, who have dropped their last two games, pace the Midwest Division with 84 points. Rockford does continue to have a pair of games in hand on Grand Rapids.

Regin was instrumental in the Hogs comeback win Wednesday night and has discovered a player he can click with in newcomer Spencer Abbott. Since joining the team earlier this month, Abbott has five goals and a pair of helpers in seven games with Rockford.

The IceHogs signed Dane Walters, who was on a tryout agreement, to an AHL deal on Thursday. Walters’ play has been solid for Rockford. He has a goal and three assist in 11 games with the club and has helped kill penalties as well. The signing does come at an interesting juncture since two Blackhawks prospects may wind up chipping into his playing time.

Vince Hinostroza, freshly signed to an entry deal by Chicago Saturday, should be signed to an amateur tryout soon for a test drive with the Hogs. Alex Broadhurst, who has been out with a broken arm suffered on November 26, was on the ice for warmup Saturday night and made his return Sunday afternoon.

If Broadhurst, who started slowly back in the fall, can find the spark he had in his rookie season, it could add another jolt of offense to the IceHogs attack. Where that leaves Walters remains to be seen but the former Western Michigan standout has shown he can contribute and was rewarded with an AHL contract.

Recapping A Six-Point Week For Rockford

Spencer Abbott and Peter Regin were the game’s first two stars as their line (with Brandon Mashinter) had a big night in securing the win for the Hogs.

Rockford took a 1-0 lead on a nice hook up by Dennis Rasmussen and Dane Walters. The play got started when Keith Seabrook got control of the puck his own net and passed to Rasmussen. The big Swede hit Walters with a pass exiting the Flames zone. Walters brought it over the Adirondack blue line and into the right corner before centering the puck. Rasmussen was there to tap it to the twine past Flames goalie Brad Thiessen 7:58 into the opening period.

The second period started badly for the IceHogs as they gave up a shorthanded goal off a turnover by Ville Pokka in the second minute. Adirondack took a 2-1 lead at the 4:37 mark on a Ken Agostino power play tally and that’s how things stood after 40 minutes.

In the sixth minute of the third, Regin took a pass from Kirill Gotovets in the neutral zone and streaked along the left halfboards into the offensive zone.  He found Abbott skating to the left post and set him up for the tip-in, tying the game.

Midway through the period, Regin hauled in a loose puck in the slot, froze Thiessen by faking a slap shot and drove to the net. The shot was stopped by a diving Thiessen but Abbott was there to knock in the rebound for a 3-2 Rockford advantage.

Adirondack’s Ben Hanowski knotted the game at three with 3:07 to play in regulation and after a dry scrape, the teams went to the extra session. Michael Leighton made several big stops to keep Rockford’s chances alive even through Gus Macker time and the game went to a shootout.

Abbott scored on the IceHogs’ first attempt and Leighton slammed the door on the Flames three skaters to close out the game in Rockford’s favor.

Power Play (scoreless in six chances, gave up a shorty)

Penalty Kill (Adirondack had a goal in three attempts)

The lame-duck Flames (headed to Cali next season) had a lengthy stay over in Rockford, with nothing to do between Wednesday and Saturday but sit and stew about the loss. If they were hoping facing Rockford’s other goalie would provide the margin of victory, they were wrong.

Antti Raanta shut out Adirondack, stopping all 26 shots he faced. It helped that the defense prevented the Flames from generating prime scoring chances in what was a back-and-forth contest for large stretches.

There was action in the first period but it wasn’t in the form of scoring. Mathieu Tousignant of Adirondack got chippy with Stephen Johns (returning after two games out of the lineup) and got the end of Johns’ stick for his trouble. Johns served a double minor while Tousignant was slapped with a two-minute roughing call that the Hogs killed.

Midway through the period, Peter Regin was flattened between the benches by a big hit (a little high but looked legal to me) courtesy of Flames defenseman Patrick Sieloff. Brandon Mashinter took offense and squared off in a short bout with Sieloff before both skaters wound up on the deck.

Tousignant took a run at Pierre-Cedric Labrie about four minutes later, resulting in the two skaters dropping the gloves at the left faceoff circle of Adirondack. Shortly thereafter, Garret Ross hooked up with defenseman Mark Cundari behind the Flames net. After a few right hands from Ross, Cundari tapped out and the first period ended with no score but some scores settled.

Rockford took control of the game in the middle stanza. Johns got the party started in the opening minute while the IceHogs were on a delayed penalty.

Taking the puck from Trevor vanRiemsdyk back in the Rockford zone, Johns skated coast to coast along the left side and flipped a backhand from the goal line. The puck banked off of Flames goalie Brad Thiessen to trigger the lamp 57 seconds into the period for a 1-0 Hogs advantage.

Late in the period, Tousignant (who was trying to engage IceHogs all evening) lined up Dillon Fournier while the Rockford defenseman was fetching a puck from the end boards. Fournier avoided the attempt and Tousignant pancaked himself to the delight of the sell-out crowd at the BMO.

A couple of minutes later, the rest of the Flames took a hit on the scoreboard. Cody Bass won a faceoff at the left circle and got off a shot in the slot. Thiessen made the save but Ryan Hartman was at the left post to make a deposit in his twine account. With 3:36 left in the second, Rockford was now up 2-0.

The IceHogs tacked on another goal before the intermission after Emile Poirier was called for tripping Ross at the 17:19 mark. After struggling mightily for most of the man advantage, Rockford finally gained entry into the Flames zone. Regin slipped a pass to Matt Carey near the right post for the one-timer past Thiessen. The two teams engaged in some words and a bit of shoving going to the locker room. However, the officials restored order with the score 3-0 in favor of the IceHogs.

Rockford’s final goal came when Thiessen was pulled late with Adirondack on a power play. The two-man advantage did little good as Johns got control of the puck and fired from the red line to provide the final margin of victory.

Hartman, with a goal and two helpers, was voted the game’s first star. Raanta and Johns were second and third starts, respectively.

Rockford shook off a rough start that saw the Stars cruise to a two-goal lead and took its fourth straight in front of another sell-out crowd.

Down 2-0 eight minutes into the game, the Hogs got to work in the tenth minute when they got their first power play opportunity. Brandon Mashinter attempted to center a pass to Ville Pokka from just below the goal line. The pass was stopped by a skate but came back to Mashinter at the right post. He sent rubber to twine in spite of Texas goalie Jack Campbell at the 9:24 mark to start the rally.

Less than three minutes later, the IceHogs tied the contest. Garret Ross gathered in a missed shot along the right half boards of the Rockford zone and made a beeline for Campbell down the slot. A drop pass found the tape of Dennis Rasmussen and the shot blazed over Campbell’s shoulder to cue the horn 12:05 into the first period.

Rockford gained the lead late in the period thanks to the persistence of Mark McNeill. After being separated from the puck by Cameron Gaunce after entering the Stars zone, McNeill skated to the left corner and reclaimed his property. McNeill flipped a bank shot off Campbell with a backhander and gave the IceHogs a 3-2 advantage with 2:05 left in the first.

The eventual game-winner was set up when Cody Bass was sprung for a breakaway chance midway through the game by a nice play in the defensive zone by Matt Carey. Bass managed to get himself held by Julius Honka; Ryan Hartman was going for the rebound of the Bass attempt and was hooked by Travis Morin.

This gave the IceHogs two minutes of 5-on-3 action, which resulted in a key goal. Ville Pokka found Spencer Abbott knocking on the back door for a 4-2 lead 10:16 into the middle frame.

Texas drew to 4-3 early in the final period but could get no closer. The IceHogs held firm to complete a come-from-behind victory. Rockford monopolized the three stars, with Rasmussen, Abbott and Pokka drawing first, second and third star honors.

Penalty Kill (Texas was shut out in four chances)

Rockford hosts Lake Erie Wednesday night before hitting the road over the weekend. The IceHogs visit Adirondack Friday and Utica, who leads the AHL’s Western Conference right now, on Saturday. 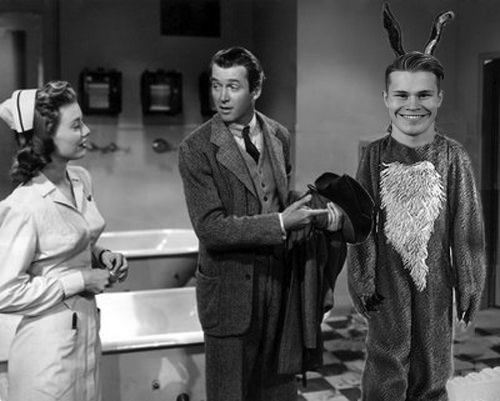