The Rockford IceHogs, AHL affiliate of the Chicago Blackhawks, needed to get on the fun side of the win-loss column after losing their previous nine contests. This past weekend, they were able to stem the flow of a long winless streak and pick up four points in the Central Division standings.

Persistence paid off for the IceHogs, both on Saturday at the BMO Harris Bank Center versus Manitoba, and Sunday in Chicago against the Wolves. Rockford trailed in both games but rallied, particularly at Allstate Arena where they erased a two-goal deficit in the final ten minutes.

It was an active weekend at my household; sadly I did not partake in AHL hockey (you may not have heard, but there was a Star Wars movie out this week). Thank goodness for AHL Live. This week, all I have for you is bare-bones, hard-hitting recaps. They do have happy endings, however, so let’s get to it…

The Hogs fought back, both literally and figuratively, after falling behind a goal midway through the opening period.

Rockford was strong early, but fell behind 1-0 after IceHogs goalie Mac Carruth left a rebound of a Patrice Cormier wrister liner near the right post. Jimmy Lodge backhanded the bouncing puck into the net at the ten-minute mark.

Perhaps it was the prospect of a tenth-straight defeat that provided the burr in the Hogs stocking. More likely it was some late contact by Manitoba’s J.C. Lipon after Erik Gustafsson had completed an outlet pass for the IceHogs. Either way, Gustafsson decided that he was not gonna take it anymore.

Gustafsson tore into his antagonist while their teammates continued up the ice, landing several big shots and taking Lipon to the ice before the officials separated the first-time combatant from his fallen opponent.

Things picked up for Rockford following Gustafsson’s successful bout. The Hogs potted the equalizer on the power play, with Tanner Kero converting on a rebound of a Ville Pokka blast at 13:58 of the first period.

Less than 90 seconds later, Rockford had secured the lead after another Pokka slapshot from up top. After a short scramble in front of Moose goalie Ondrej Pavelec, Luke Johnson managed to knock the biscuit in at the left post. The Hogs led 2-1 at the 15:25 mark and skated into intermission with that advantage.

Neither team scored in the middle frame, but Rockford was able to step on the gas early in the third period. Nick Schmaltz provided the individual effort on the penalty kill unit. Taking a loose puck off the right half boards, Schmaltz skated into the land of the Moose, maneuvered through Manitoba defenseman Kevin Czuczman and zipped home the rubber to Pavelec’s stick side.

Up 3-1 at the 5:47 mark, the IceHogs wasted little time building a cushion. Gustafsson got the play started by driving to the net and finding Kero in the slot. Kero looked to the crease before finding Mark McNeill wide open at the bottom of the left circle. McNeill united rubber and twine at 7:06 of the final period to make it 4-1 IceHogs.

Manitoba got a late goal, followed by some altercations at the final whistle that tacked on a few extra penalty minutes for one P.C. Labrie. Carruth (third), Schmaltz (second) and Kero (first) were the game’s three stars.

Rockford paid a visit to the Allstate Arena and rallied for its second-straight victory.

The Wolves took a 2-0 first period lead on goals by Jordan Caron and Vince Dunn. Midway through the second period, the IceHogs were able to use the penalty kill to cut into the Chicago lead.

The play was set up by a fine cross ice pass from Martin Lundberg to Mark McNeill, who skated into the Wolves zone and waited for someone to join him. Kyle Baun obliged, taking McNeill’s offering before skating into the high slot and firing just under the glove of Chicago goalie Jordan Binnington at the 10:07 mark.

A late goal by Wade Megan sent the Hogs to the locker room down 3-1. However, Rockford still had some fight left.

In the tenth minute of the final frame, it was Baun who came up with the sweet feed. Clearing the zone with a nifty pass, Baun found Lundberg coming over the red line. Lundberg went straight to the net but was foiled by Binnington. However, Lundberg stayed with the play, beating Dunn to the rebound and backhanding it over Binnington’s pads.

The score remained 3-2 as the clock wound down in regulation. Mac Curruth skated to the Rockford bench in the final minute, but the Hogs were not able to establish possession in the offensive zone. It looked as if the Wolves would weather the six-man attack.

As Ken Agostino sent what looked to be the final clearing attempt out of the Chicago zone, the puck was held in just inside the blue line by Spencer Abbott. With twelve ticks left on the clock, things began to click.

Tanner Kero took the loose puck and hit Mark McNeill at the edge of the left circle. McNeill connected with Baun for a redirect in front of the Wolves net. The puck rebounded near the right post, where a streaking Kero was there to stick it in the cage with six seconds left in regulation.

Gus Macker Time did not result in a decision, so the teams settled the matter in the shootout. Abbott led off for Rockford and executed a backhand-forehand move that resulted in what would be the deciding tally.

Andrew Agozzino’s attempt hit the crossbar. Carruth made a pad save on Agostino. Ivan Barbashev’s shot hit the outside of the left post and the IceHogs picked up their first win in Chicago this season.

Rockford has another light week ahead of them for obvious reasons. The Wolves come to town on Wednesday night and I’ll have a little something something for you on that and anything that seems prudent about the club heading into the holidays. 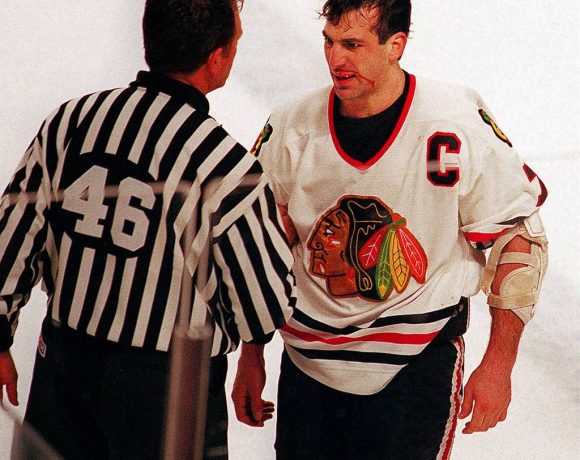 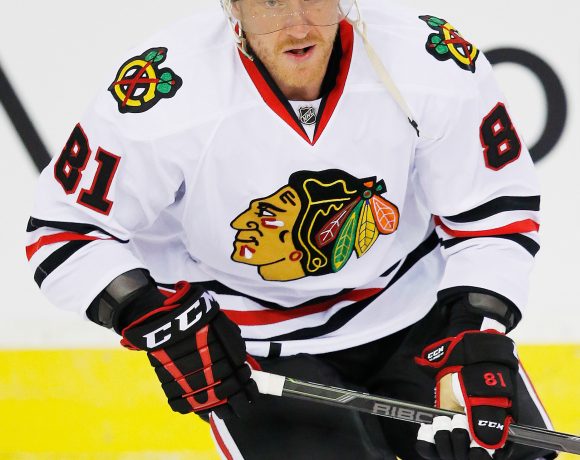