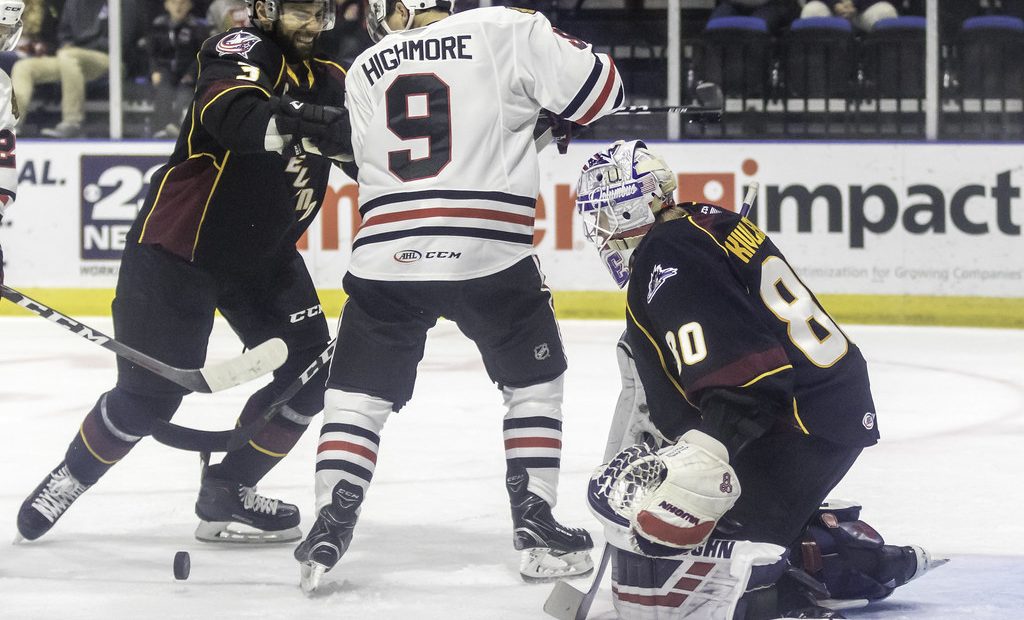 The Rockford IceHogs head into the weekend looking to build on a two-game winning streak. Rockford is in Cleveland, where the piglets will play a pair with the Monsters.

The Blackhawks made some roster moves this week; here’s a quick look at the activity.

McCoshen comes to the Hogs from Florida, who dealt him to Chicago in exchange for forward Aleksi Saarela. Saarela, who had 30 goals for Charlotte last season and is now with his fourth organization in four seasons, picked up his first point of the season with an assist in Saturday’s 3-2 win over Chicago.

The trade accomplishes two things on the AHL level. First, it lessens the bottleneck currently keeping several young forward prospects out of the lineup on a nightly basis. With Kris Versteeg and John Quenneville out for this weekend and Mikael Hakkarainen not back from his opening-night injury, there could be as few as 13 forwards for Derek King to choose from against Cleveland.

The swap also gives the IceHogs another solid defensive option in McCoshen, who has NHL experience. He has good size (6’3″, 218), skates pretty well and is should pair well with more offensive-minded players like Adam Boqvist and Chad Krys.

Kevin Lankinen, who has been out of the lineup following the season opener with an upper body injury, began practicing with the team this week. It’s possible that he’ll see action in Cleveland.

Cleveland is 3-3-1 to start the season. They are coming off of back-to-back losses to Toronto last weekend after a win in Rochester Friday night. The Monsters won three of the four games in last season’s series with Rockford. Cleveland is 11-3 at Quicken Loans Arena against the IceHogs over the last five seasons. They swept Rockford in Cleveland last October.

Veteran forward Nathan Gerbe (0 G, 6 A) will be a factor at both ends for the Monsters. Former Hogs defenseman Adam Clendening had 37 points for Cleveland in 45 games a season ago and has started 2019-20 with a goal and five helpers.

Zac Dalpe posted a career-high with 33 goals for the Monsters last season. In his eleventh AHL season, Dalpe has three goals and two assists in seven games. Dalpe had four goals against Rockford in 2018-19.

Long-time AHL agitator Stefan Matteau, most recently with the Wolves, has three goals so far this month. Fourth-year pro Justin Scott has five points (2 G, 3 A) for Cleveland.

Rockford will likely see both third-year goalie Matiss Kivlenieks (2.89 GAA, .895 save percentage) and rookie Veini Vehvilainen (3.04, .904) between the pipes.

I’ll be back on Monday to recap the Hogs dealings in Ohio. Follow me @JonFromi on twitter for updates and thoughts on the action this weekend and throughout the season. 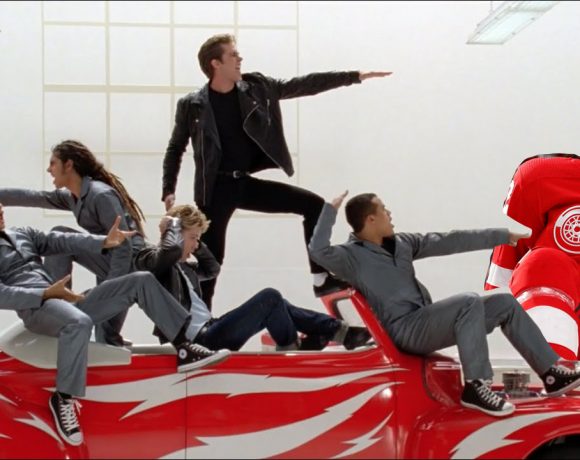