High On The Hog: Who’s It Gonna Be? 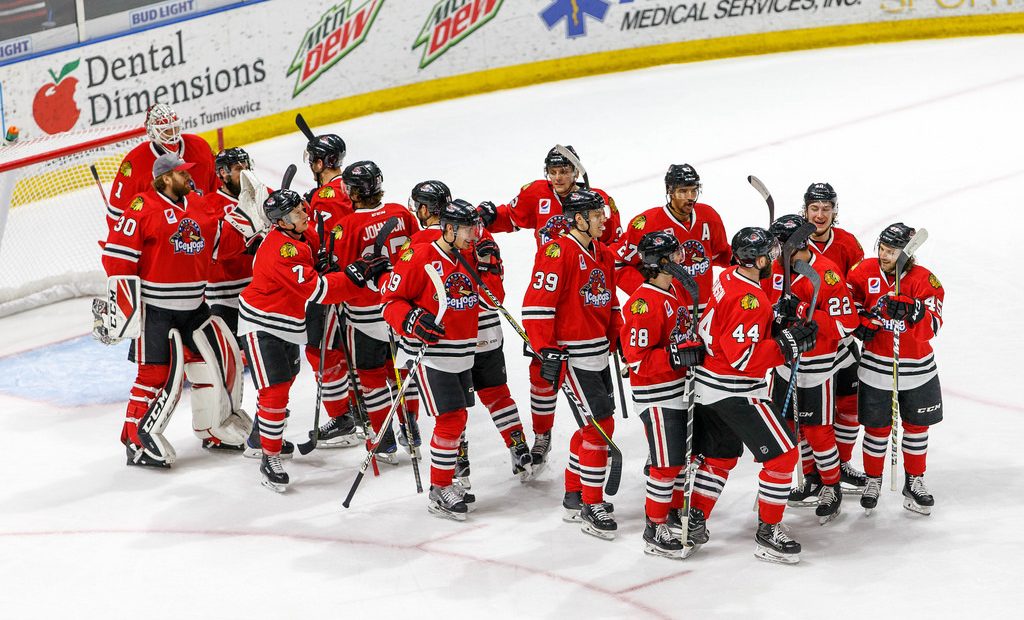 The Rockford IceHogs, AHL affiliate of the Chicago Blackhawks, are playing a waiting game until later this evening. Monday night, Rockford’s Central Division Final opponent will be decided when Manitoba or Grand Rapids wrap up their Game 5 tilt.

The IceHogs have been to the second round of the Calder Cup Playoffs on two previous occasions since the Hawks affiliate arrived in the Forest City. They have never advanced past this round.

Back in 2008, Rockford’s inaugural campaign, the Hogs were eliminated by the Chicago Wolves. The piglets swept Chicago last week to advance to their current position.

In 2014-15, the IceHogs finished a single point behind Grand Rapids for the top spot in the Midwest Division with a franchise-high 46-23-0-5 mark. They swept Texas to meet the Griffins in round two. Grand Rapids then dispensed the Hogs in five games.

Will the third appearance in the second round be the charm for Rockford? The ingredients for a successful postseason run have been stewing over the course of the past six weeks.

How’s That, You Say? Here’s Why The Arrow Is Pointing North:

The IceHogs are playing their best hockey of the season.

Rockford finished the regular season 14-5-1-1 before winning three straight against the division champions in the opening round of postseason action.

They’re getting loads of veteran leadership at both ends of the ice.

Veteran players like Chris DiDomenico (arguably the Hogs best forward the past few weeks), Lance Bouma and Andreas Martinsen have added a layer of ruggedness that has served Rockford well as the physical nature of playoff hockey becomes more of a factor. Cody Franson and Adam Clendening deepened the back end dramatically.

Their special teams, particularly the power play, has kicked it up a couple of notches.

Heading into the Wolves series, I pointed out that just looking at Rockford’s pathetic man-advantage numbers would be misleading. I’m guessing Chicago knew that going in. I’m darn sure the Wolves knew that when they skated off the Allstate Arena ice following their 4-3 loss to Rockford.

The IceHogs converted their power-play chances at a rate of 39 percent (7-18) against Chicago. ‘Nuff said.

The goal-tending has been very good.

Rookie Collin Delia has earned the right to anchor the Hogs in net regardless of the opposition in the division final. He was by far the hottest goalie in town heading into the postseason, going 10-1-2 in his final 13 starts of the regular season.

In three playoff games (nearly four, with the extra sessions Thursday night), Delia posted three wins with a 1.62 GAA and a .927 save percentage.

Since the IceHogs punched their ticket to the second round, speculation on who Rockford would be better off facing has run rampant. Personally, I’d rather face the team that lost their best-of-five series. That’s not the way it works, though.

I figured that the Griffins would make quick work of a slumping Manitoba club, but the Moose have played well. Grand Rapids had to win Thursday to force a Game 5. Either of these teams are going to be a formidable opponent.

Eric Tangradi, the Griffins leading goal-scorer and a veteran of AHL playoff battles, is out for Game 5 via suspension. Both teams have won in the other’s barn this series, with Game 5 being in Grand Rapids. It could go either way, to be honest.

Later this week, when the IceHogs have an opponent, I will return with a in-depth look at what could be a historic playoff series for the folks here in Winnebago County. 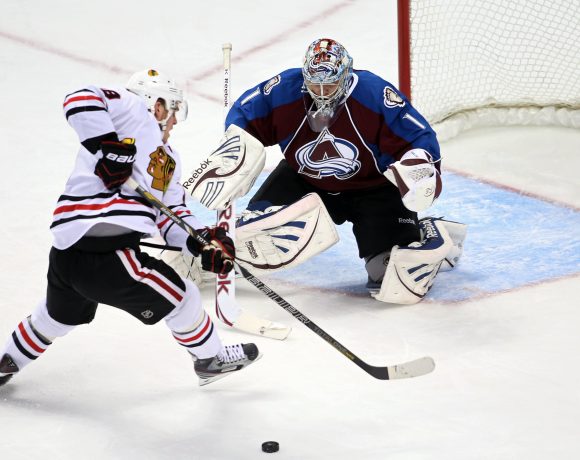