TV/RADIO: WGN for both, SportsNet up dere in da Nort

BUFFALO? WHY DON’T YOU JUST SLEEP IN YOUR REFRIGERATOR?: Die By The Blade

Isn’t it too early in the year for a noon start? I guess it doesn’t matter, as that’s when they’re going to drop the puck.

Anyway, the Hawks will get their first look at one of the two Wonder Kids of this year’s draft. They won’t see McJesus until next season now due to his busted collarbone, but barring injury they’ll get to see Jack Eichel over the next few weeks.

Eichel and the Sabres haven’t gotten near the coverage that McJesus and the Oilers have, even with McDavid out injured now for over a month. That has some to do with the slanting of the Canadian media, some to do with no one giving a shit about Buffalo the city as a whole, and some to do with the normal rookie start that Eichel has had. He’s got 15 points in 33 games, which is hardly bad, but has really struggled without his normal winger Evander Kane who missed a couple weeks with injury. While Eichel scores at a higher rate without Kane, their possession numbers are on top of a cliff compared to Eichel’s without Kane. Well, Kane is back and they’ll have to be watched. I haven’t gotten to watch Eichel as much as I probably should this season, but from brief glimpses this year and memories from last year see a player still trying to figure out when he should be JACK EICHEL and when he can’t be. When he’s on, Eichel has the size and speed (he is a gorgeous skater) to basically do whatever he wants whenever he wants.

While they sit next to last in the Atlantic, this is hardly an uninteresting team. Like the Oilers, their coach is no dummy (except when he’s coaching the national team), and Dan Bylsma always has a team trying to play up-tempo and easier on the eye. Evander, when he’s interested, can be his own fireworks show. This is a team that is deep down the middle with Eichel, Ryan O’Reilly (who does everything for them while getting the better of the play), and eventually Sam Reinhart who is apprenticing on the wing for them at the moment.

Still, the breakout player for them this season could be Rasmus Ristolainen. While I make fun of Pierre McGuire for always talking about juniors, it does apply when you’re talking about kids. And that tournament in Sweden a couple years ago that had us all drooling over Teuvo was also revealing because Teuvo wasn’t even the best player on that Finland team that won. It was Ristolainen who netted the winning goal. Ristolainen has 24 points from the blue line, and while he and Josh Gorges are over their heads at the moment in taking on the toughest competition for the Sabres and getting fed it possession-wise, Ristolainen is the rare package of a big body that can really move. He will be what they thought Tyler Myers could have been (though Myers has been very good in Winnipeg) and basically is Zdeno Chara on training wheels.

With the early start we don’t know who is in net for the Hawks. With the more dangerous Sharks tomorrow I would assume it’s Darling but y’never know. Phillip Danault will make his season debut (I assume) in his four-month audition to prove he can be Kruger II: Adrian’s Revenge. Ryan Garbutt should keep his jersey over Man Shitter, but again stranger things have happened.

The Sabres have been pretty spiky at home this season. They’re coming off a shutout win over the Ducks (whatever that means these days), and have scalped the Kings this month as well at home. Both Chad Johnson and Linus Ullmark have been more than competent and have stolen points for them occasionally. Johnson in particular has been a wall of late, stopping 75 of 77 in his last two starts including shutting out the Ducks.

Last time the Hawks were here they played just about one of their worst games of the season before Toews rescued them in the last two minutes. That was against a disaster of a Sabres team and this one is not that. Considering the Hawks struggles on the road, and their problems with quick teams which Buffalo most certainly is, this is not a game they can afford to take lightly. And O’Reilly might not be in Colorado anymore, but he has still murdered the Hawks in the past. There’s certainly enough to watch today. 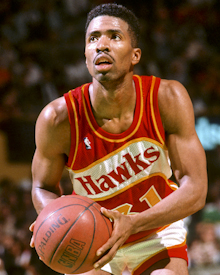 Game #32 – Hawks vs. Jets Preview/Cook Book Club: When On A Death March Manitoba Is The Place To Be