I’m Miss World Cup, Watch Me Break And Watch Me Burn: We All Live In A Yellow Submarine 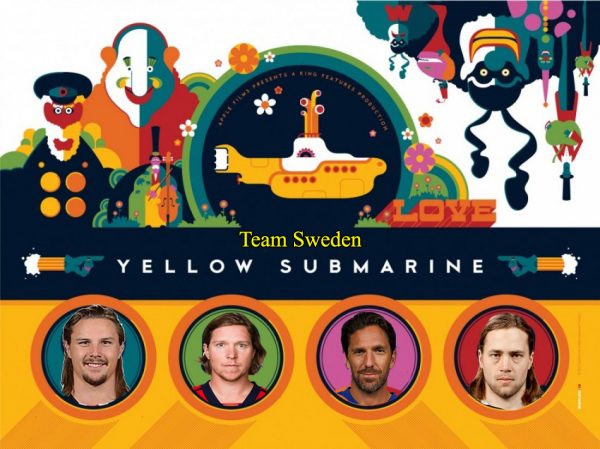 If there’s any hope for anything other than a procession for Team Canada to win this thing at home, it’s going to be wearing yellow. That didn’t work out so well in Sochi though, and now the Swedes would have to topple the hosers two out of three on their own turf. But hey, that’s only three games, and they just might be capable.

This is a sneaky solid squad, with probably the best blue line in the tournament (and it’s not even as good as it could be), bolstered by one of the two best goalies in the world, and a forward corps that might lack true star power but is littered with solid contributors up and down the lineup. It’s like the anti-USA.

Of course, the big question of Sweden is how much their elders A) care B) are healthy and C) if they are both of the above can they get their aging bones and muscles to top gear far earlier in the year than they are used to?

Shooty and Passy Twin are no longer what they were even in the middle of an NHL season. They aren’t even the top line with this team, but Sweden is going to need to them to chip in behind Nicklas Backstrom and Filip Forsberg (and that combination is enough to get one to grab one’s groin). If The Children Of The Corn are just here to make up the numbers, then Sweden might be short on scoring to topple the Loonies and Toonies. They’ll still have more than enough to get out of the group that contains the overmatched Finns and the always disappointing Russians.

At the back, Henrik Lundqvist has pretty much kept the Rangers relevant for a decade, and even more so when you realize he’s had to play behind Dan Girardi used as a top pairing d-man for a lot of that time. The Rangers have never had a #1 center under his watch, and yet they’re always in the playoffs and a lot of the time deep in them. But Hank is 34 now, turning 35 in March, and you wonder when the miles on the odometer start to catch up. Some would say they’ve already begun to. King Henrik has been known to start a season a little slowly, and now Sweden is probably going to need him at full blast in September, at least when they get to the medal round. It’s not that he isn’t capable, he’s just not automatic like he used to be.

The defense on this team, though… it’s a fever dream. If they were so inclined, they could spread out Erik Karlsson, Victor Hedman, and Oliver Ekman-Larsson on different pairings and have one of the game’s premier puck-movers on the ice at all times. And that’s still with Hampus!Hampus!, Mattias Ekholm, and Hammer left over. They could even leave John Klingberg at home and feel ok about it. If there’s one complaint here, it’s that other than Hjalmarsson there isn’t really a free safety to back up all their mobility back there. Stralman and Hedman often play together in Tampa, though that makes little sense, so that’s one pairing for sure. But you want to get Karlsson and OEL off the leash too, and Hammer can’t back up both of them. Then again, this won’t matter when they have the puck all the time. It was a bit of their undoing against Canada in Sochi, as the Canadians kept getting behind their aggressive defense and Hammer continually looking at free men on the blitz coming his way.

Up front, there’s not much more you could ask for. The Swedes are sturdy down the middle, with Backstrom, Passy, Soderberg, and Dream Warrior if he’s healthy (and someone’s going to have to check Q’s blood pressure while that’s still up in the air). There’s nifty scoring wingers in Forsberg, Silfverberg (who might actually get to play with a center now),  and Three Yaks And A Dog. There’s two-way speedsters in Hagelin and Backlund. There’s blunt scoring in Hornqvist and Eriksson. However you want to play it, the Swedes can do it.

Reasons For Optimism: Most solid squad this side of Canada, a goalie capable of winning it by himself (already done it once), and if they play their cards right they’ll get to beat up on the US in the semis leaving them primed for the Final.

Reasons For Not Optimism: Lundqvist and Thing 1 and Thing 2 are old and can’t get it going at this level so soon, their lack of “defense” in defense gets exposed by high-octane teams like North America and Canada.

Predictced Finish: They get to the Final, and Lundqvist steals one game to push it to the limit, but defense simply can’t keep a lid on Canada. 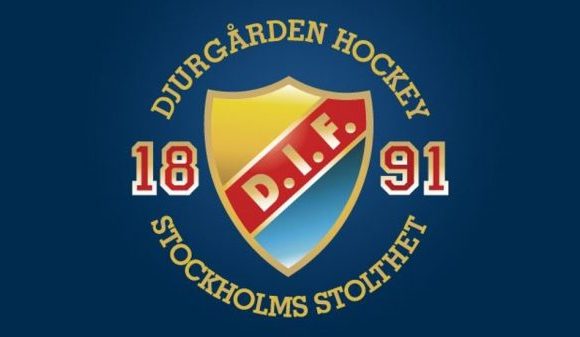 I’ve Got No Expectations to Pass Through Here Again