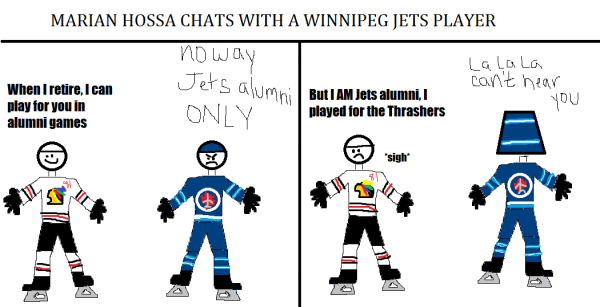 TRENDS: Laine hasn’t scored a hat trick in like a week so he sucks

Gonna try sometin’ a little different today. Krista, a HockeeNight refugee, wanted to let everyone know what you should think about the Winnipeg Jets. We’re going to allow her to do so here. Enjoy, and follow her on Twitter @lechatsavant.

Greetings, everyone. I come to you as someone who knows the Winnipeg Jets all too well. They are a vile bunch of whiners who choose to revise history rather than accept it. I’m all too familiar with this team. You see, I began my love of hockey as an Atlanta Thrashers fan.

It was my best friend who introduced me to hockey via the Thrashers, and we got to the point where we could gauge a win or a loss based on only the goalie (Pavelec good, Mason bad). We were hopeful that nothing would come of the rumors that the team would be relocated. That was some beautiful hope, but it was shattered on May 31, 2011. That was the day the Thrashers died and the Jets were born.

In those early days, Jets fans were awful, saying that Atlanta will never have a hockey team again because it’s “too ghetto”. What do you expect from people who live in the most racist city in Canada? They and the team have engaged in some heavy revisionist history, denying their true origin and instead taking the franchise origins of the Arizona Coyotes, the original Jets prior to 1995. Just so we’re clear: Teemu Selanne and Eddie Olczyk never played for the Thrashers. That Heritage Classic alumni game was a joke.

This whole team and its fanbase pisses me off so much. I cannot stand these assholes who whined about not being noticed when they walked the streets of Atlanta and loved being mobbed in Winnipeg. I cannot stand the fans who refuse to acknowledge that their team used to be a team that everyone joked about. The signs that said “Teemu, we forgive you, come back” during his final season make me want to scream. Your precious team – the old one – traded him. Fuck your forgiveness. I will never forgive, nor will I forget, how I and other fans were treated by the league and even Atlanta City Council when they turned their backs on the Thrashers. The Jets and their fans are entitled little shits who have absolutely no sense of their true history. They can shove their precious picture of the Queen up their asses.

Oh, and I highly doubt that Danny Snyder’s family really gave their blessing to use 37 this season. Cheveldayoff probably told them it was being done and didn’t give them a choice. That number should’ve been retired in 2005.

So that’s where we stand as the Blackhawks visit the racist hellscape known as Winnipeg for the first stop on the Circus Trip. The Hawks are fresh off a great game against the Canadiens, and the Jets are… well, they beat the Kings in a shootout on Sunday, and there was that overtime goal that Nikolaj Ehlers put into his own net on Friday. Let us never, ever allow him to forget that his goal gave Rene Bourque credit for an overtime win.

How good are the Jets? Half their team is AHL caliber, and the goalie for whom they’re shelling out a ton of money was demoted to the AHL. Somehow, they’re second in the Central Division and fourth in the Western Conference. Patrik Laine is leading the league in goals, but staying in Winnipeg will turn him into Jacob Trouba – once full of promise but now so frustrated that even a recent contract looks more like a bargaining chip than a way to keep him on the team. Did Mark Scheifele get second star of the week? Yay. Make him employee of the month, True North.

(Speaking of True North: when the crowd at MTS Centre, aka Winnipeg Jets Urinal Centre, yells “TRUE NORTH” during “O Canada”, please raise both middle fingers in honor of the Thrashers. Now back to our preview.)

With Pavelec gone, there are Connor Hellebuyck and Michael Hutchinson with whom to contend. Hellebuyck has the better record, and he’d be the best bet to face the Hawks. But this is where the Jets are lacking: one good goalie and two good players (Laine and Scheifele) are what the team is relying on, and it’s going to bite them in the ass in the end.

The Jets’ power play and penalty kill are middle of the pack, while the Hawks are dead last on the PK and on the PP. Sitting back and letting things go is going to give the Jets a false sense of superiority and make them think they’re better than they really are. Their defense is meh, so it would be a really, really good idea to go full-throttle and just attack. I know it’ll be hard on the PK because the Hawks are dead last there, but it doesn’t hurt to try.

The Hawks are bringing the youth with them to match the youth of the Jets, though theirs is because of injury, not cap necessity. Now is when the real test begins for the kids, and I can see Gustav Forsling leading the charge since Tyler Motte’s still injured. It’ll also be a good chance for Jonathan Toews and Patrick Kane to work on the first line chemistry, which has sputtered a bit since they were thrown back together.

If the Hawks can stay out of the penalty box and manage to decode Hellebuyck, there could be more than a few goals scored. If Corey Crawford can keep up the excellent work and not have to continually bail out the team because they short out, it could be a shutout or close to one. I can see them both happening, so I’m crossing fingers that I’m right.

What would make me happy? Jonathan Toews scoring a hat trick in front of his hometown. The Hawks chasing their goalie from the net. Multiple Winnipeg own goals – okay, even one would make me laugh. Above all, a nice, juicy win would be great. Every time the Jets lose, someone’s long-lost Thrashers memorabilia sparkles a bit. And my heart sings.

Time to kick off the very last Circus Trip. Make the farewell tour a good one. 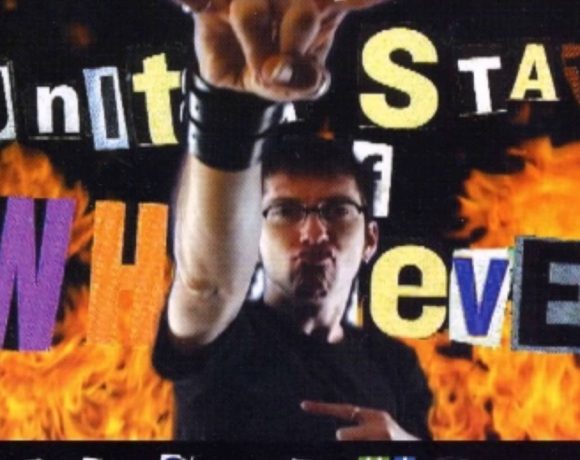 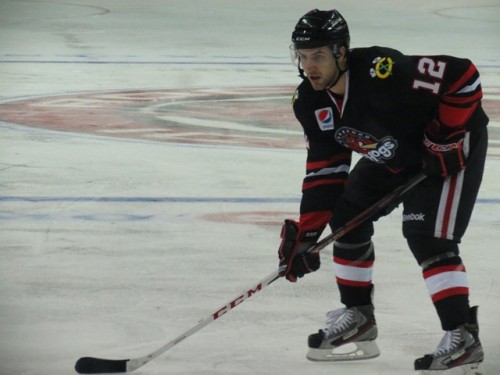 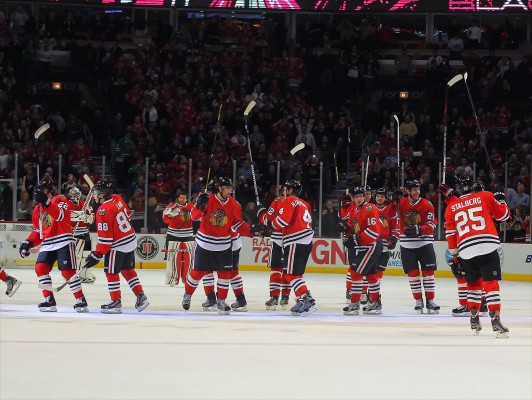