It Doesn’t Matter Much to Me

And so with that, another preseason of hockey is in the books. Wasn’t that fun? Without getting into the off ice hysterics that followed the Hawks these past few weeks (and much by their own doing), it was kind of uneventful.

Well, save for the demotion of Marko Dano, Bryan Bickell clearing waivers, Viktor Svedberg making the team (for now) and maybe a few other things.

Because I love you, the reader, and I’m a masochist, I probably watched more preseason hockey than normal. Here are a few things that jumped out to me.

–While the Dano demotion is hardly ideal, it was certainly deserved. If you watched Dano in live action, he didn’t look very comfortable with his positioning as evidenced by the several times he’d watch the play develop instead of anticipating where the play was headed. This led to him chasing the puck more than possessing it. Not exactly the best way to make the Hawks.

Combine the early heroics of #WorkingClassHero Kyle Baun bum-slaying AHL retreads in the first few games and it was a perfect scenario for the Hawks to demonstrate A) they’re not going to hand rosters spots to players who haven’t proved they deserve it and B) that younger players can earn a roster spot is based on their play, not how they were acquired.

Besides, you can bet your sweet ass Dano will be here at some point. If Baun plays another game like he did on Saturday, it may come after the first game. He was that bad.

–This is going to be a strange year as far as the forward depth on the Hawks is concerned. Gone are any roster blackholes like John Scott, Brandon Bollig and to a lesser extent, Dan Carcillo. In their place are real-live, actual skill players like Viktor Tikhonov. So when Q is upset with Baun or Bickell and wants to send a message by scratching them, he won’t be punishing the rest of the team by dressing 11 forwards.

It may not make a lick of a difference anyways as Quenneville will still probably only play that 12th forward for 5 minutes but at least we won’t have to actively root against the 12th forward having a good game. (Cue the memories of 2013-2014 when Brandon Bollig’s strong preseason led to him playing all 82 games. The horror.)

–On defense, I must admit I was slightly surprised Jan Hedja didn’t nab a roster spot. He seemed to fit the Hawks’ appetite of a 6th defensemen. Alas, when Michal Rozsival and Kyle Cumiskey were also given PTOs, the race for the 6th and 7th defensemen was pretty much over.

I’m sure the decision to go with those two came down to the Hawks feeling more comfortable with the devils they know. Also, as seen with the Marko Dano demotion, there doesn’t seem to be much patience for guys that are slow to pick up their systems. Not saying that would have happened with Hedja or Visnovsky but at least with Rozsival and Cumiskey, that isn’t a concern.

Viktor Svedberg, besides the fact that he looks like a White Walker, is a rough watch. There are so many moving parts on him, it’s like the Titanic changing directions whenever he’s skating up and down the ice.

But hey, he’s a Hawks defensive prospect that’s getting a chance to play himself on the roster. It’s just too bad they seem to love giving the lion share of opportunities to guys like Svedberg or TVR who don’t look like they could be more than a 5th or 6th defensemen on a really good team.

–Two of the greatest preseason campaigns put together by Blackhawks in recent memory were by Adam Burish (in ’07-08) and Brandon Bollig (’13-14). And didn’t those turn out to be telling.

Just something to keep in mind when you see the gaudy stat lines by certain players being tweeted out.

–Trevor Daley is probably the best pure skater the Hawks have ever had man their blue line (Take that superlative, Hawkeroo). I’m extremely curious to see what type of year he has.

The preseason is always tough to see where certain guys will fit because the rosters are never complete. The Hawks did have him killing penalties but that was also in games where Keith, Seabrook or Hjalmarsson weren’t dressing. So it’s difficult to tell. I can’t imagine he’ll be seeing much time short-handed but we won’t really know until the 7th.

–If it were coming off any other summer, I don’t think Patrick Kane’s preseason would be anything to pay attention to. Buuuut, with him having to take a whole month off the ice and facing the daily reality that his whole kingdom is one grand jury’s decision away from crumbling around him, he did not look like the same player.

Kane did not look as smooth with the puck. Whether it was getting the puck easily pokechecked off his stick or losing the puck in his feet, I can’t recall the last time he looked this uncomfortable on the ice.

He also didn’t look as big or fast as we’ve seen him the past few years. Since his second year in the league, Kane has always come into the season looking stronger than the previous year. That is definitely not the case this year.

Maybe it ultimately means nothing. He’s certainly been around long enough to earn the benefit of the doubt, at least in terms of his hockey preparation.

–If Artem Ansimov doesn’t give us the AK-47 celebration at least once during his Blackhawk tenure, then we’ve all lost.

Awkward celebrations aside, he gives the Hawks a dimension they haven’t had in this era. A 2nd center that can play both sides of the ice and isn’t a rolling tortoise up the ice.  Combine with that Teuvo lurking around the bottom 6 and this has the makings to be one of the most explosive Hawks team in franchise history. 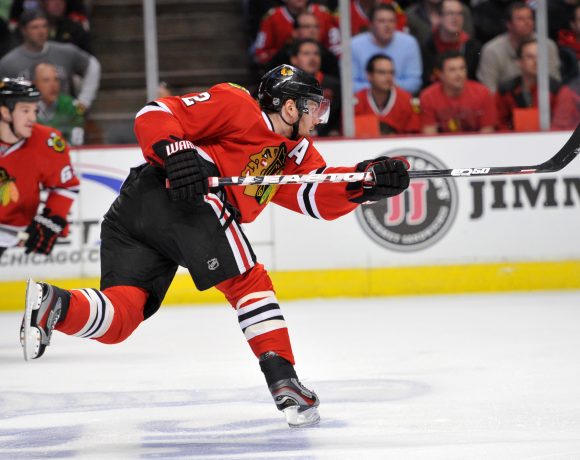 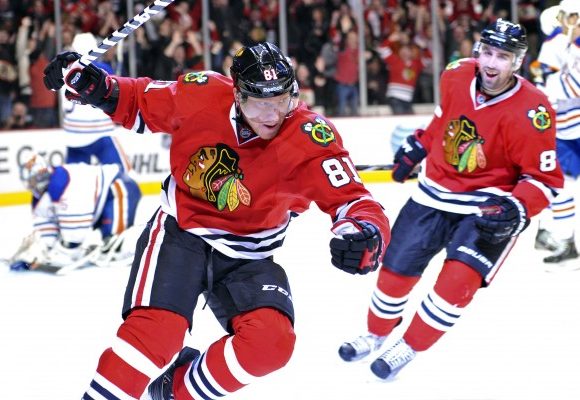