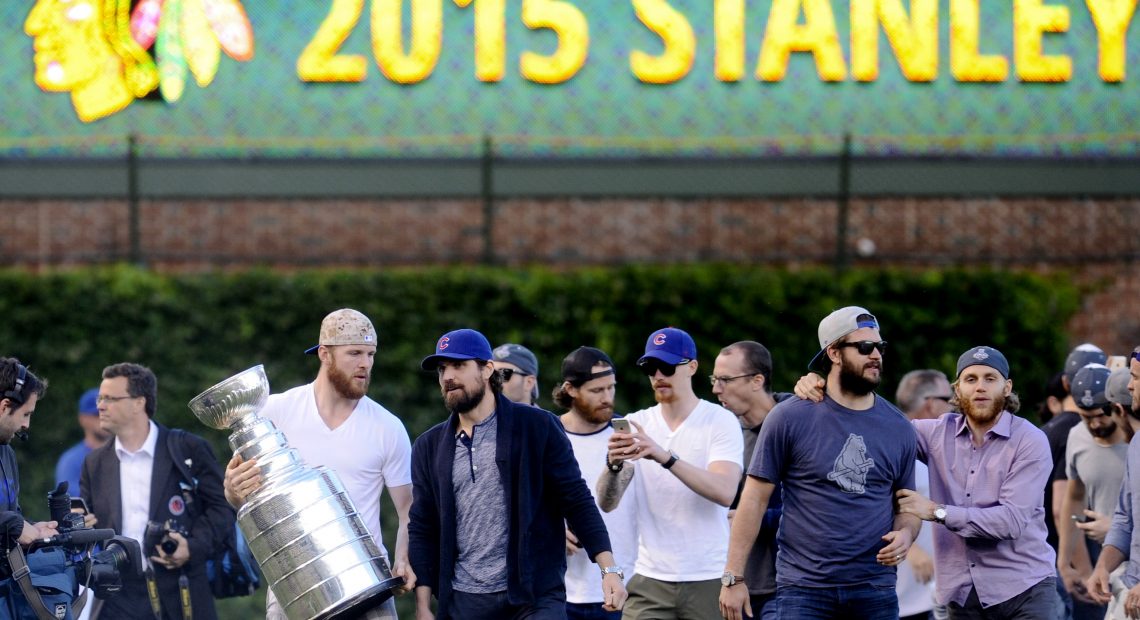 I’ll make you this promise – you will not see me mention the D word around here. I’m not sure why people need to slap a title on this to make them feel better. How about this – the Hawks are a really good team season upon season.

The Hawks 2015 title isn’t 48 hours old and I’m already fatigued by this debate. Anyways, that’s enough talk about that.

–Let’s start here, shall we. While he has been criticized around these parts for his in-game strategy or lineups (and rightfully so), one area where Joel Quenneville cannot be questioned is his locker room management. The job he did this year was nothing short of miraculous and there’s no need to repeat what Dan Bernstein already has said.

I will only add two items to this:

The first one being a reminder of just how grim things were around February and March. For the first time of this regime’s era, there was an extended closed door meeting in the locker room after a horrific Sunday matinee loss against Boston in which Stan Bowman was the guest of honor. While the Hawks downplayed it at the time and would probably downplay it again should it come up, something like this has never happened before, not even during that 10 game slide of 2012. So clearly something was very troubling within the room.

There was a reason why Sam wrote this team off in March as one who would fold at the first sight of adversity. They looked like it, smelled like it and acted like it.

The other thing is how Brent Seabrook probably deserves nearly as much credit as Toews for keeping it all together. At the time, it seemed bizarre and troubling for Seabrook to openly lash out through the media about the rumors circling around the team.

In hindsight, it makes a lot more sense in light of this article.

Whatever rumor you’ve heard, we can agree whatever was ailing them was childish, petulant and really, really stupid. Especially when you consider it very easily could’ve turned a Stanley Cup contender into the Philadelphia Flyers.

Taking what Seabrook said at the time through the lens of the Mark Lazarus article, it’s easy to see how it very likely had an enormous impact on the Hawks locker room to get their shit together.

And that’s all I have to say about that.

So happy for Patrick Sharp. For those who were around back then, this started with him. And this was his last night in a #Blackhawks sweater

When Sharp was acquired, I still remember reading about it in the Daily Herald print edition (which shows how long ago it was). His first few games with the Hawks, it was easy to tell that he definitely had more skill than anyone else on the roster. The concern was that the suck would rub off on him quickly and whatever bad habits he’d pick up would eventually turn him into a fringe NHL player.

It’s still really weird to think about how much he had to prove when he came over. He was a guy that wasn’t a super high draft pick and didn’t have elite pedigree so he needed to prove himself nightly. Which led to him occasionally having to fight guys like Andrew Alberts.

Patrick Kane showing up probably did more for his career than anything else but Sharp was already well on his way to establishing himself as a legit Top 6 player in the league.

It’s the right move to look to trade him but that doesn’t mean it’ll be easy to say goodbye. Seabrook and Keith were too young and raw at the time, so Sharp really feels like the last link to that dark era of Hawks history.

–Speaking of, the Hawks gave a subtle love letter to their long time fans by playing “Fanfare for the Common Man” when the Cup came out on the ice. When the Hawks made the move to the United Center, their pre-game montage was one of the few things they did that would be considered progressive.

It was led by that song and even when the team was complete garbage, you’d watch it and think, “It can be good again, dammit.”

Hearing that song while they walked the Cup out to the United Center was perfection. Well done to the stadium production crew there.

–On Sam’s interview with Spiegel and Goff yesterday, he described the whole Hawks mania as surreal which was funny because it was the same word I thought of when they asked (BLOG SYMMETRY!). The more I think about it, though, it’s incredibly bizarre.

Ten years ago, if you saw one other person with Hawks gear on, save for near a hockey rink or punk bar, you would do a double take. To see every other person wearing some kind of Indian head now, it is one of the weirder things I’ve had the opportunity to experience.

The most comparable thing I can think of is the Jordan era Bulls in that the Bulls went from being an afterthought in the city and empty arena to dominating global headlines. I, at the time, thought I was a Bulls fan. I was actually a Michael Jordan fan because I’ve probably watched 8 Bulls games from start to finish since he retired for the second time.

That’s probably a lot of what we’re experiencing here. Everyone loves a winner, after all. And certainly a winner that has a flair for the dramatic is going to tug at the heart strings of the millions.

When this core group eventually does fade away into retirement, that’s when we’ll really have a good sense of their impact on the game and the city. Thankfully, we are a long way from finding out.

–I know this doesn’t pertain to any of the readership here but people who chase the Cup are, by far, the worst thing about the Hawks winning it all. These creatures that hang outside players’ home while they’re having private parties – what do they think is going to happen? Patrick Kane is going to sneak them in through the gates?

Or the cretins that hang out on the street while the Cup is in a bar they can’t get into? What’s their end game? “HEY, I TOOK A PICTURE OF THE CUP WHILE IT WAS ON THE SECOND FLOOR!” Sweet, bro.

–Since this was the summer of “Record when Team x loses Game 1” I will close with this.

Hawks record in the playoffs when I wore my blue henley hoodie and Black Sabbath t-shirt underneath: 8-0

Hawks record when I wore anything else: 8-7 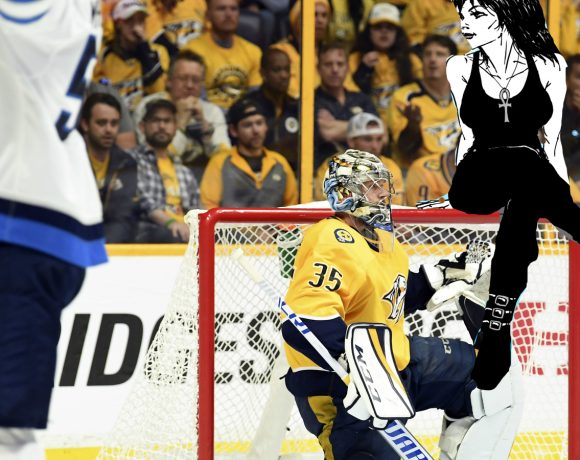 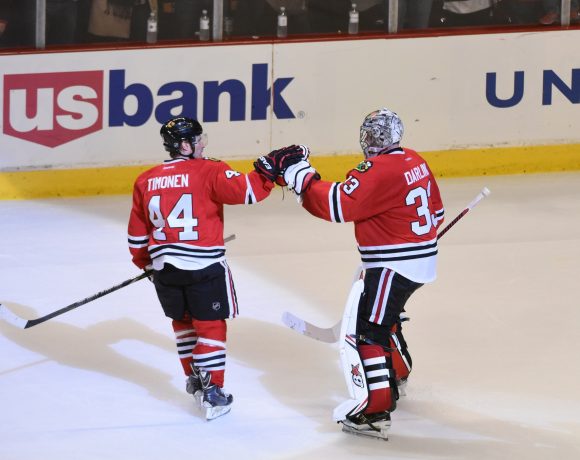 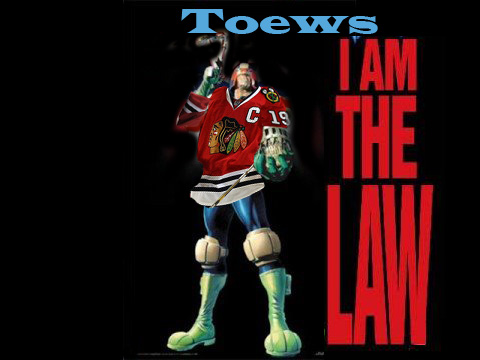