Well clearly, the biggest story coming into this game is the return of our old friend, Fabulous Weapon and potential psychopath himself, Dave Bolland. Drafted 32nd overall in the 2004 draft by the Hawks, Bolland was an integral part of the 2010 team, coming alive in the playoffs to become a major shutdown force and overall annoying pest to the Sedins and exhibitionist in waiting Joe Thornton. After a disappointing season last year capped off with the incredible game winner in Game 6, it came as no shock to see the rat shipped out of town. He landed in Toronto where he seems to have settled in pretty well. He’s got 6 points in three games, mostly skating on the Leafs third line.

And somehow, the Leafs actually find themselves in damn good standings so early into this season. They’re tied with Detroit for first place in their division and trail only Pitt and San Jose for the overall NHL lead. How is this possible? Fuck if I know.

Despite their point totals, the Leafs are not looking like a team that is built to last a full season. Odd things happen early in the year and breaks that you get now can easily fade away as the weeks and chances pile up. Remember a few years ago when the Minnesota Wild were leading the NHL halfway through the year and then drastically faded as the year wrapped up? Don’t even expect the Leafs to make it to the halfway point. The Wild were undone by injuries and their lack of depth. The Leafs certainly don’t have the depth either and don’t even really have the talent to begin with.

There’s certainly skill on this team. Frankenstein’s Monster Dion Phaneuf has seemingly settled down and become a strong top pairing guy along with Carl Gunnarsson, who won’t make many “best-of” lists but will be as consistent as anyone would hope. Up front, they’re led by the gentlemanly Phil Kessel who is playing on a line with Bozak and JVR, who is likely to return tonight after dealing with back problems. Down in the net, the Leafs suddenly find themselves pretty stacked. Reimer had himself something of a breakout year, leading the Leafs to the playoffs for the first time since 2004. For whatever reason, Leafs front office thought that wasn’t good enough though so they went out and got Jonathan Bernier from the Kings. Bernier has been probably the biggest reason for the Leafs early success and they seem they might go just as far as he can carry them.

And that’s because despite some talent on the top, they’re still an organization that much like St. Louis, prides itself on how hard it can check or punch rather than on how many goals they can put in. Unlike St. Louis though, they don’t have the stifling defense and sneaky forwards. They’ll be near the top of the league in PIM (currently 15.2/game)

As for Chicago – Q has hit the blender before the game even started this time around. Daydream Nation is no more. Going with what worked last year, Q has put Kane on the second line with Sharp and moved Hossa up to the top line with the Captain. This top line of Saad-Toews-Hoss could be a major problem for most teams. Unfortunately, the second line could struggle a bit. While they’re going to be dangerous with the puck, the problem is going to be actually getting it. If Zus doesn’t win the draw, there’s no one who can fight the other team and get it back. Once they do have the puck, having Zus keep up with the quick and speedy Patrick’s is also going to be a bit of an issue. Pirri can’t get up to this line fast enough for us.

With the “grit” of the Maple Leafs, there’s no chance we see Bollig sit tonight. Q is going to lean on his tough guys and fighters to get him through the game. We can expect that Bozak is matched up against Toews as both excel at the dot but expect Toews to just maul Bozak at every other aspect of the game. Good luck could continue for the Leafs tonight and they can continue to get bounces. Or the Hawks could break out of their scoring woes against a team that gives up the third most shots per game. Time will tell.

Also, with the original six match up and and the game on HNIC, would it be too much to ask for the home team wearing white? 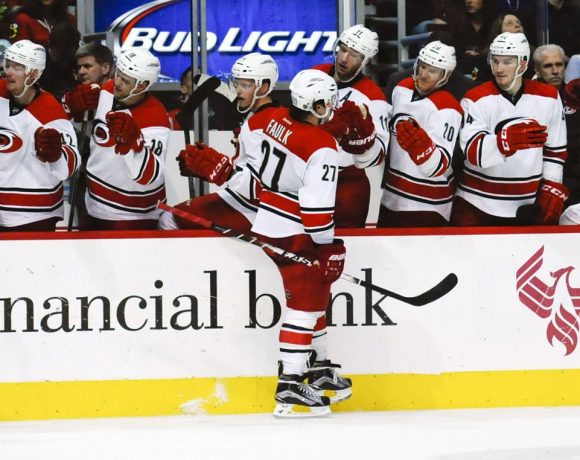