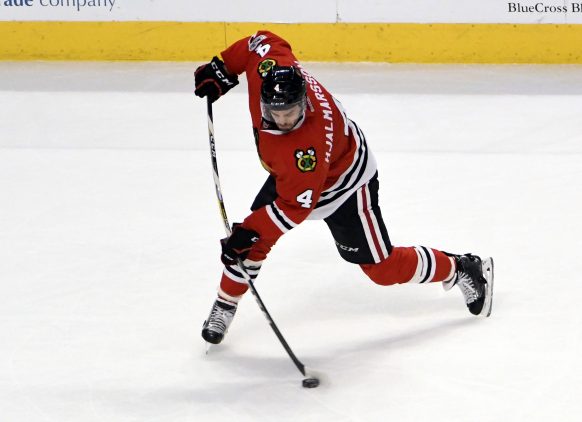 Whenever the Hawks and Canucks get together Canucks fans love to recall when every matchup between these one time rivals meant something. Now it means almost less than nothing, if possible. The Blackhawks are going through the motions at this point, resting whoever they can whenever they can, while somehow inching ever closer to wrapping up the division title as Minnesota farts and burps their way into a first round divisional matchup.

At one point almost everyone who watched the sport would agree that Chicago vs Vancouver produced some of the most aesthetically pleasing hockey of the era. Two highly skilled, fast teams, loaded with depth who absolutely hated each other. Tonight was mostly the direct and absolute opposite of that. This was unwatchable garbage for the first two periods with Vancouver barely able to get the puck to the Hawk net (and when they did it seemed to have a 50/50 shot at going in).

And then the usual shenanigans happened. The Blackhawks did exactly what McClure urged them not to do and waited until the last half of the third period to storm back and steal a point, only to eventually lose in OT despite outshooting the Canucks 398-4. Here’s some crap I noticed.

-We’ve talked about the recent run of victories and how the Blackhawks didn’t necessarily win in style but they tuned up Toronto and Colorado pretty well in puck possession and shots. Tonight was no exception. Against a barely NHL caliber team at home, and trailing for most of the game, you’re going to see a pretty significant edge in shots.

-The one thing that is NHL caliber in Vancouver is their goaltender. We’ve made many jokes at the expense of Ryan Miller and his sister’s wedding that we’re glad he didn’t have to miss but he’s essentially their chip and chair. Without him they might have been able to achieve their goal of being this year’s Avalanche. Thanks to him they’re only among the worst teams in the league instead of definitively so.

-Dan and Hank Sedin are going to do their thing until their stone dead and sharing a casket. That’s not even a twin thing – everyone from Sweden has to share a casket. Look it up, it’s true. On Vancouver’s first goal, after a successful Hawk penalty kill, a strange forward combo for Chicago backed by Oduya and Seabrook couldn’t clear the zone for a good minute or so. Eventually, the Sedins game of telepathic pepper ended up in the back of the net when Daniel’s pass found Hank, who had snuck between Oduya and Seabrook to put the puck past Crawford. They also teamed up to win the game on an overtime power play. Good for them. I look forward to their retirement.

-The second Vancouver goal was interestingly right on cue. On last night’s episode of Live From The Five Hole (SHAMELESS PLUG), the group discussed the merits of keeping Nick Schmaltz with the Style Boyz on the second line even after Anisimov returns. The concern being that the line would be too light in the ass without Arty. Sure enough, as that group tried to clear the zone, Schmaltz was easily dispossessed *twice*, the second effort leading to Brandon Sutter getting his own goalmouth acre of land and eventually stickhandling past Crawford. It should be mentioned that the assist was from something named Smegma.

-Ryan Hartman’s first goal was also his first power play goal of the year. I had enjoyed that all 16 of his previous goals were at even strength because the wonderful community of hockey analysts says those count for more than power play goals, which any idiot could score whenever they wanted to. This will probably be lost on some of you – just know that I’m making fun of nerds and I love Ryan Hartman.

-Tomas Jurco almost scored at one point which is probably as good as it’s going to get for him.

-Congrats to Marian Hossa who rules.

-Jack Skille, that guy who used to skate really fast into the goal and fall down a lot, is still in the league. That’s how bad this Vancouver team’s roster is. It’s literally unbelievable.

-On the fourth Vancouver goal, TVR joined the rush and a turnover lead to a 2 on 1 giving Campbell no chance. McClure talks about this obsessively and he’s not wrong. What on earth is TVR doing? It’s a 3-1 game with almost an entire period to play. Two goals is far from insurmountable against one of the worst teams in the league and there’s TVR leaving his entire on ice unit out to dry. He’s actually going to kill one or more of us during the playoffs.

-Corey Crawford would get pulled but the general shittiness of this game called for a switch. I don’t think anyone’s complaining about the move. Naturally the Hawks scored the next three goals so I guess “it worked”. But saving 66% of the shots you face is bad and the Blackhawks goaltenders should feel bad.

-If Canucks fans aren’t calling Cramarossa “The Apprentice” something is terribly wrong.

-Again, this isn’t really a game that you’re going to draw a lot of conclusions from other than the Wild gained a point in the standings by virtue of their win over San Jose. The Hawks should be beating Vancouver at home 10 times out of 10 but this is hockey. Hockey tends to hockey.

-John Hayden might be a bottom six kind of thing? What stands out is that he’s a big guy who actually doesn’t float, unlike many of the bigger forwards the Hawks have employed in the past. He had the would-be tying goal disallowed on an offside review, which everyone knows and loves. He’s certainly not hurting his bid for continued ice time.

The Stars will be in town a couple nights from now and that’s another one the Hawks should win. Someone better, smarter, and more handsome than I will be recapping that one. Onward.

Tons of time left. Canucks will still lose, probably by 3 or 4. 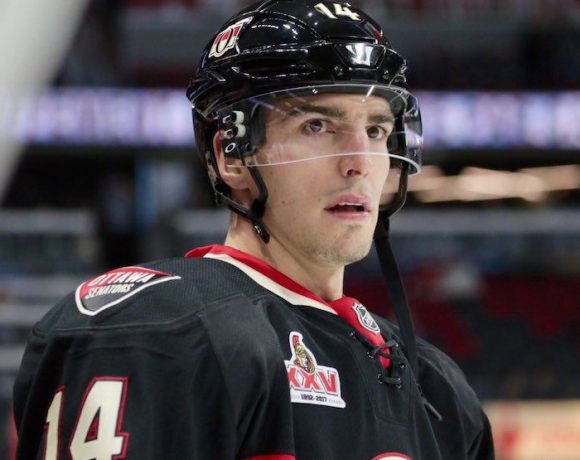