Johnny Kick A Hole In The Sky 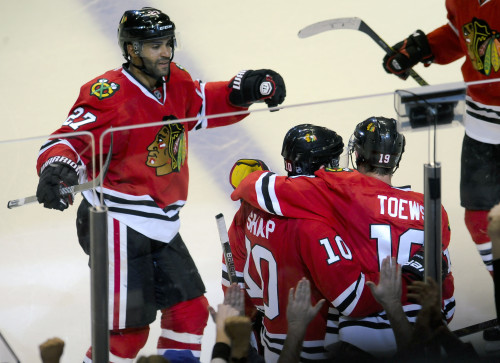 The Hawks did address defensive depth tonight, something that had been rumored they were thinking about which confused us all, just a bit. They acquired Johnny Oduya from the Dallas Stars for the gimp they’ve been keeping in the cellar known as Mark McNeill, a 4th round pick that can become a 3rd depending on how the spring goes for the Hawks, and the Stars will retain 50% of O.D’s salary. Make your joke about Jim Nill’s water retention here…

In some ways, this is a deal that can’t possibly hurt. The ideal situation is that Hammer and Oduya can reproduce the heights of Ebenholts och Elfenben (Ebony And Ivory in Swedish), meaning they’re taking on the toughest competition, going Atlas to hold up the roof, and then Keith and Seabrook can run wild on second and third lines while TVR and Campbell clean up the rest. That’s the model the Hawks won two Cups and nearly a third with. It’s the hope because Keith just hasn’t done all that well against the toughest competition this year, whatever his assist total might suggest.

The reality may be different. Oduya is 35 now and while his numbers in Dallas weren’t that bad, he had ceded the toughest assignments to Klingberg and Lindell and was still below water and the team-rate with Johns on the second pairing. Oduya is also dealing with injuries which he never really did here, as he’s only played 37 games this season. And he’s been dealing with ankle problems, which is not exactly ideal for a hockey player. There are some risks.

Worst case though, Oduya can provide more experience and nous than Kempny can, though I still really like Kempny. While the dream would be to see TVR sitting next to Bob Verdi all spring (and really, who wouldn’t want to do that?), that’s just not going to happen. TVR keeps everyone playing their preferred side when he’s in, and as we found out earlier in the year the Hawks really like that. Kempny in the lineup with Oduya means you have four players who prefer the left side, unless they’re going to flip Kempny over to the right which is highly unlikely. The one worry is that being spurned for the important part of the season is going to send Kempny back to Russia next season, because there most certainly will be a role for him next year. Hopefully this was explained to him and his agent long ago.

But you won’t care about that much if #4 is brought to Excalibur or whatever the fuck terrible bar they’d bring it to. Oduya certainly adds to the depth the Hawks have, and might be an answer to the one question we had left about this season, how would Keith and/or the Hawks deal with the top lines of their opponents. Then again, seeing as how the combined top lines they might see in the first round basically amount to Tarasenko and then whatever else, maybe that’s not a big problem. 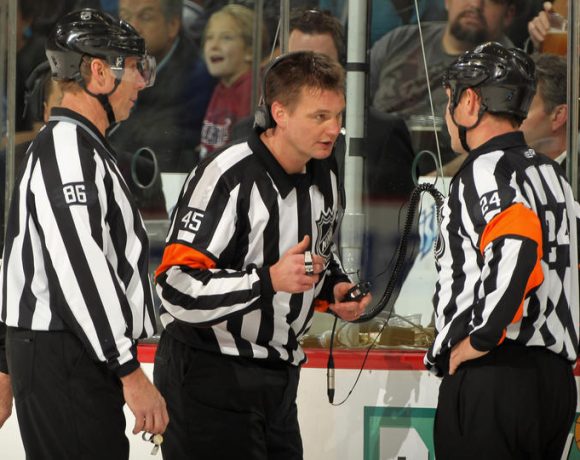 The Problem With Replay

Now We’re In The Deep End Where They’d Love To Watch You Drown: Hawks at Kings Game 4 Preview/Pregame Thread/Dueling Tubas