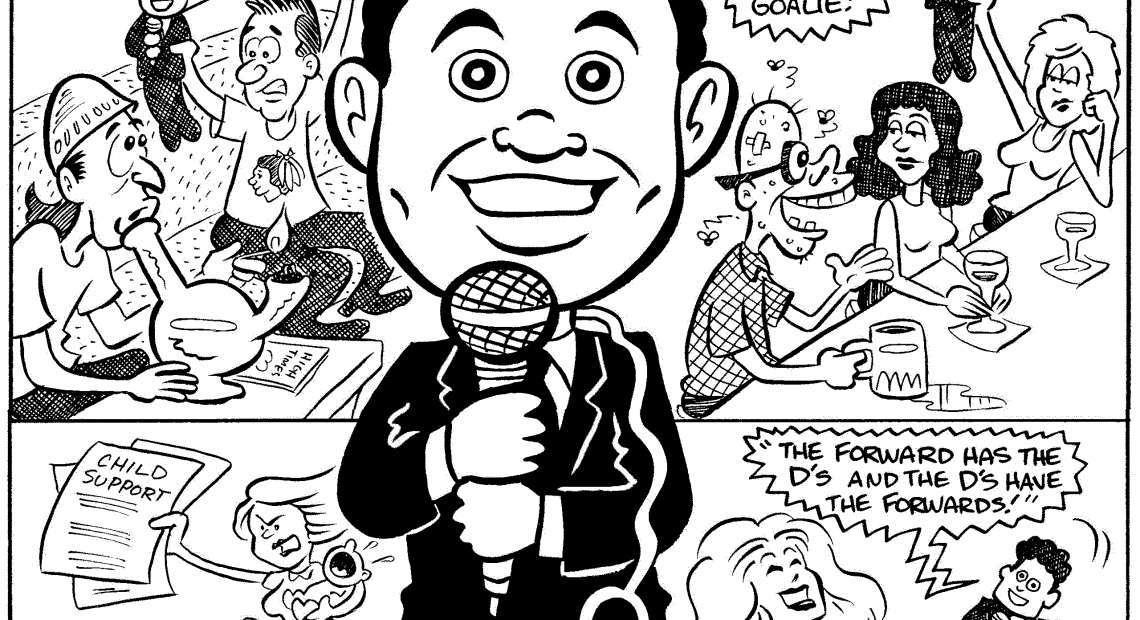 Been stewing over this one since Friday night. It’s no secret that we are not huge fans of Eddie Olczyk’s analysis work here at the FFUD labs. While I’m tempted to give him a break this season due to his current health struggles and stop-start schedule, this particularly angle is one that demonstrates not just his shortcomings in the booth, but the inaccessibility of hockey coverage as a whole. I’m sure Eddie is having to put forth a huge effort just to get through a game these days, and I salute him for it. This is just a nugget in a much larger problem.

In the 3rd period of Friday’s loss to the Knights Who Say Vegas, Pat and Eddie began to discuss Connor Murphy. Of course, nowhere was it mentioned that Murphy has been the Hawks best d-man for about two months, which of course didn’t stop him from being scratched yesterday because TREE CUPZ. Anyway, they were discussing his transition to the Hawks and settling in with a new team.

During the discussion, at least twice and I think three times, Olczyk said, “The Hawks have a complicated system.” At no point did Eddie dare to explain what was so complicated about it, what was so different about it from the one Murphy played in Arizona, or what specifically Murphy struggled with at first. All we got was basically Lewis Black’s, “It’s really hard. Makes me wanna go poopy!”

This is the problem with hockey analysis everywhere. Either all analysts assume we’ll never understand, or they’re full of shit and they don’t really have any idea what they’re watching anyway. So how exactly is anyone supposed to learn anything about the game they’re watching and become more attached.

Here’s the thing, and Fifth Feather is fond of when we say this, but no hockey system is The Mike Martz Route Tree. There are differences with each team, but no one’s doing anything revolutionary here.

Maybe there’s more nuance to the Hawks’ tactics, but would it have been so hard for Olczyk to point out that the Hawks like to have their d-men step up at both blue lines whenever possible? That they rely on back pressure from the forwards to do that? That they’d rather cause turnovers in the neutral zone or in the offensive zone then force dump-ins to their own zone as a lot of teams, like the Coyotes, do? Would it have been so hard to explain that the Hawks want their d-men to be able to make that five-to-ten foot pass to a waiting center in front of their net when under pressure below the goal line and/or in the corner? Hawks fans have watched Keith, Seabrook (he did once, I swear), and Hjalmarsson make that play for about a decade now. Would it have been so impossible to explain that on breakouts, the Hawks like their d-men to hit a curling forward in between the circles, and on the move, and if that’s not there to use the forward on the boards who will then hit said curling forward out of the zone? If you’re talking to a Hawks audience, we’ve all seen that. And if you have a new fan, isn’t that something they’d want to watch for?

But you never get that. I’m not a huge NBA fan, though getting bigger, and yet I can tell you how Tom Thibodeau teams play a pick-n-roll or how the Warriors move the ball or how James Harden does what James Harden does. Because they take the time to tell you. Fuck, aren’t we all NFL experts on how to run an offense (except for Dowell Logains, of course)? Hockey doesn’t even give you the depth of knowledge that would allow you to know the difference between a 4-3 and 3-4 defense.

It would hardly kill NHL analysts to show us how maybe one team covers the front of the net with the weakside d-man for the most part, though some want both their d-men chasing the puck and cover the routes to the net with forwards.

Because there aren’t nearly the variables in how to run things in hockey as there are in other sports. Maybe that’s a lack of new ideas but it’s the reality.

And yet we just get, “It’s a complicated system.” Which basically hangs Murphy out to dry because barely anyone can understand what he’s trying to adjust to. Or could it be these guys just don’t know and take Q’s words for it? That might explain why Olczyk wasn’t much of a coach, though that can’t be it. Or at least all of it, for sure. Fuck, we knew why the Mike Martz Route Tree was so fucking hard because it took so long to develop and also nearly got Jay Cutler killed.

It just can’t be that hard to find someone who can do that. It’s not Olczyk, and it isn’t Pierre McGuire who I’m sure doesn’t know the difference because he’s too busy memorizing OHL stats from 1997. Which means less people will know what they’re watching, which means they’ll be less inclined to do so, and who does that help? 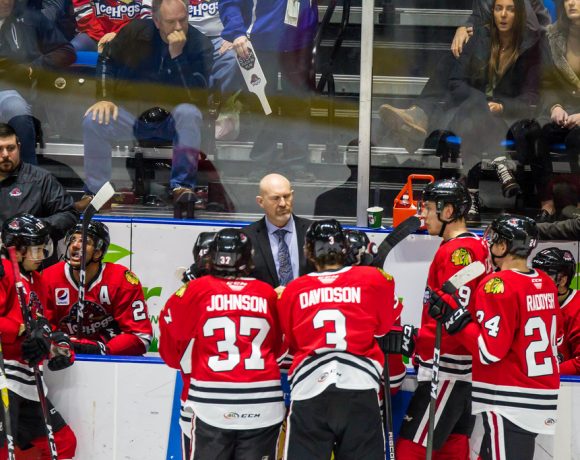 High On The Hog: Desperate For Assistance