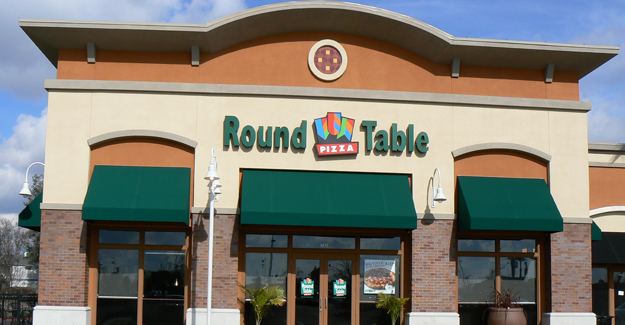 Once again it’s time for everyone to air out some free-floating hostility, this time regarding Kruger, Ehrhoff, and the Ducks.

1) Sam: What do you make of Marcus Kruger’s extension?

McClure: While it probably is a slight overpayment based on the Hawks’ cap situation, it became necessary as all leverage went out the window with the trade of Philip Danault, and it was likely Stan and Kruger had a gentleman’s agreement prior to that time anyway. And I’m for anything that will expedite the high comedy that will be the self immolation festival that Hawks fans will be should Andrew Shaw need to be traded on draft day barring Shaw doing the team a solid and staying put salary-wise for a year. As I lined out in July, Kruger is a unique player in the league now that Manny Malholtra has called it a career, and even he never made more than $2.5 mildo against the cap, though relatively speaking that’s probably about equivalent.

After years of a lack of real center depth, the Hawks now have the position shored up for at least the next three years, and the model of recent vintage has been depth down the middle. The only question arises when there are literally no defensemen on ELCs that the organization is high on other than the seemingly teflon TVR, because were there some more than ready to step in on the bottom six it would make this easier to take. But literally no one in the league has done what Kruger has since 2013, and a premium has to be paid for that, especially after all of the solids he’s done for the organization on the ice and off it.

Like McClure mentioned, once Danault was launched this deal was inevitable. I guess I should be outraged by his cap hit but I’m finding it hard to be based on a few things.

1. The Hawks are now set up at center for the next two years at least and perhaps beyond once Our Special Boy gets locked in. (Past those 4 organizationally, it’s not pretty. But hey, we’re 1 year removed from us being terrified of a Toews injury as there was literally no one else beyond him.)

2. Kruger does everything Quenneville loves. And even if you could get someone like Vern Fiddler for half the price, it’s an unknown that could offend Chicago’s hockey sensibilities and then the Hawks would be left searching for another checking center that can flip the ice for them.

3. While most around the league still obsess over a top 6, the Hawks are always at their best when they have a top 9 and a checking line. Kruger mans that line, has developed into a solid face-off man (though wrist surgery may change that) and is their top penalty killer. Ideally, it doesn’t sound very difficult to find guys like that but in step with point number 2, it’s likely a case of devil you know vs. devil you don’t. Paying an extra $500k or 1 million is not an awful insurance policy.

Also, Mark Arcobello is a dogshit hockey player and anyone who non-ironically tries to use a chart to explain how he’s better than Kruger should be locked in a closet and forced to watch Kelly Hrudey and Don Cherry discuss the finer points of physical hockey for the rest of their miserable lives.

Cieslak: I had a mixed reaction. On one hand, it’s great that he’s getting paid after taking a very friendly deal to try and win another cup this season. On another hand, you’ve got the declining Canadian dollar leading to a slight if any increase in the cap next year. The perils of a capped league continue to confound me. That said, a strong middle of the lineup means they can try out various wingers until the deadline and find ways to stock up for another run until the core dries up and retires. Maximizing this window is the right thing to do – and if you’re a Blackhawks fan who finds him or herself worried about 5-10 years from now you’re a weirdo.

The loudest reaction in my Twitter feed to this deal was from Toronto and their fan base who have to chime in as the authority on literally every single hockey transaction whether it affects their miserable crumbling franchise or not. I’m left to hoping against all hope that they get the shittiest possible lottery pick and flounder for years. I literally saw a tweet mention derisively that since Stan Bowman has titles to his name he can’t possibly make a mistake as a response to another Satanic “Hero Chart” showing how, based on ex machina metrics, Mark Arcobello is a better player than Marcus Kruger. If you choose to ignore every single bit of context when it comes to how those two players are deployed, I guess you might have a point. Let me know when Marcus Kruger gets waived 16 times in a single season. I’ll hang up and listen.

2) Sam: Do you think Christian Ehrhoff can stabilize the Hawks’ defense?

McClure: While it first seemed that Ehrhoff ingrained himself quickly to Quenneville, it’s still not clear whether the Bruins game soured Q on him or if the plan is a strict platoon between he and Rozsival for the remainder of the regular season. Ehrhoff is obviously made of popsicle sticks and snot and his brain has been through a rock polisher, but it has not effected his skating stride in the least, which is one of the most easy and graceful from the blue line this side of Scott Niedermayer.

If he can stay in one piece, Quenneville will eventually come around to the right pairings, but it’s likely going to be at the expense of Erik Gustafsson when it should be TVR, who seemingly gets caught flatfooted, in between positionally and reaching every other shift. TVR doesn’t have the instincts for the free safety role so he needs to be set off the leash, but Gustafsson does that better anyway. But anything that keeps Omer Svedberg in Rockford is a plus.

Feather: That would be something if he could. His first two games were pretty solid and brought back memories of Brian Campbell flying up the ice in a rush. The big question with Ehrhoff is health and if he can get his way into the Quenneville Circle of Trust before the playoffs. I thought he was on his way in Boston as the pairings shifted to the traditional Keith-Seabrook, Hjalmarsson-Puck Mover (Ehrhoff, in this case). Then he was scratched the next game.

I really think those pairings along with the three headed monster of Rozsival-TVR-Gustafsson on the third pair gives the Hawks a fairly deep defense. Certainly deeper than the one that won 16 games last summer. But again, if Ehrhoff isn’t let into the Circle of Trust, the Hawks defense is no better (and perhaps worse) than they were last summer.

Of course, his scratch could have been a health thing too and they’re just trying to keep him healthy for the playoffs. In which case, they do believe he can stabilize the defense.

Cieslak: I think he provides some bumslaying ability and I’m guessing when it matters, Quenneville will utilize him in such a way. I don’t know that he’s going to see consistent playing time down the stretch and in a way I understand it. He’s obviously not a King anymore for a reason – but he’s the offensively inclined, good skating defenseman they’ve been missing. I’m not at all certain about his defensive abilities. I think you’ll see him and TVR rotate with Rozsival for the rest of the year. If Ehrhoff finds a rich vein of form and locks down a permanent spot alongside Rozsival (who I think will play regularly once it counts), we’re all winners.

3) Sam: We always talk about another contender. The Ducks are the hottest team in the league. How will they fuck it up this time?

McClure: Larry Horse says the Anaheim Ducks are Too Nucky. Seriously, they have the two loudest, most annoying Canucks of that era and somehow everyone expects them to somehow not shit their collective pants.

On top of their own issues with closing things out among their top duo of Beavis and Butthead and head coach Baby Huey, they’ve added the weaselly David Perron and anthropomorphic temper tantrum Kevin Bieksa, who can’t even outplay his dumbass backbreaker penalties anymore. Cam Fowler is miscast as a #1, but Hampus can be a world beater particularly at home. Simon Depres has yet to put it all together and he’s constantly hurt. And their bottom pairing is still going to have some combination of Josh Manson, Clayton Stoner, and Sami Vatanen on them, and everyone saw what four forward lines will eventually do to them over the course of a series. Josh Gibson might be the truth, but he’ll need to have an exemplary performance for them to get past the Sharks and/or Kings, as Gabby is in over his head in a coaching matchup against both, particularly with the way DeBoer will take away prime chances and how that Sharks team gets power play zone entries in its sleep in conjunction with the Ducks’ propensity to fill their diapers and get sent to the box.

Feather: Oh baby. Nothing gets me more jacked up on my recliner than seeing tweets after an exciting Washington/Anaheim game in March about how they should do this again in June. Cool. Let’s have Bruce Boudreau get Portillo’s catered up to Brampton, Ontario, rent a sheet of ice at the RexPlex and let these two teams play in front 500 Canadian yokels that brought their resumes and HERO charts as tickets to the event.

Let’s be serious. The Ducks can talk about how they learned so much from this regular season and how they stared into the abyss to come back stronger and blah, blah, blah. None of that will mean anything when their playoff lives are on the line and the Hawks, Kings or Predators have them on the ropes. They’ll unravel like they always do. Dumb penalties, awful matchup choices by the meatball in a suit, shoddy goaltending…take your pick.

Same as it ever was.

Cieslak: Eventually they’ll have to play in a game six. 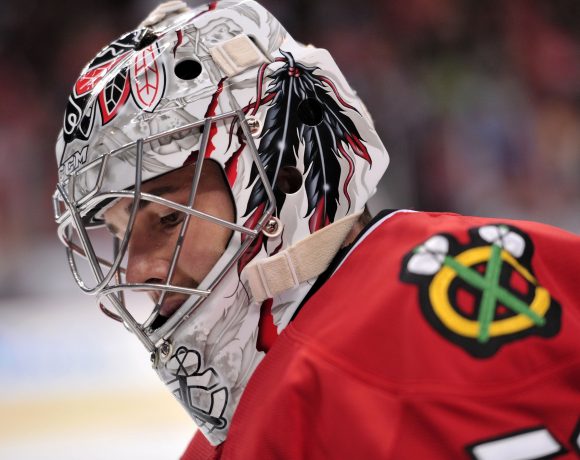 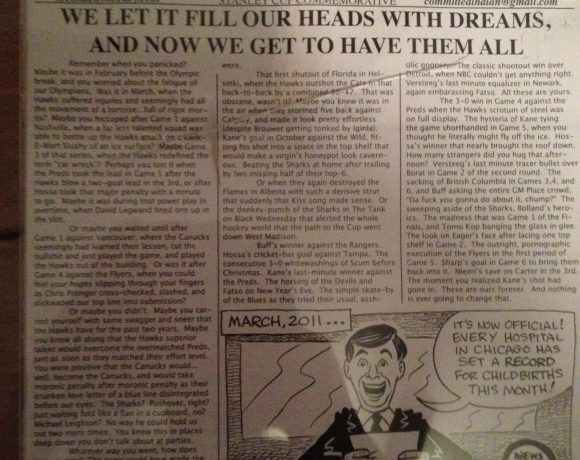