Even in a serious post I’m not going to miss a chance to quote Salt N’ Pepa. I’m sure you understand.

There’s been an issue at play for a while now, one that I’ve either ignored or scoffed at. Neither of those approaches is correct, and that’s what I aim to correct here now. The furor over Evander Kane these past couple days, probably something worthy of its own discussion sometime, has once again highlighted the problem of racism in hockey and its coverage. And not for the first time this season, the discussion has turned to the name and logo of this blog and publication. It’s time we have that discussion.

When I first named my publication, it was only with thought to referencing the most famous quote from the previous season, that from then-coach Denis Savard. It didn’t even dawn on me that it could be taken as an insult to others, and I recognize (although I guess too late) that’s the problem. I like to think I’m a pretty considerate guy, and I think I’ve proven that over the years here after some initial missteps. But someone like me, a white male, doesn’t usually take all views into account, which is where the problem stems from. I get that, it’s a valid argument and one I probably haven’t given enough time to as it’s become an issue this season.

I’ve been defensive in the past, overly so at times. That’s not the correct way to handle it. I do feel I’m allowed to state my case. So let’s break it down, because I want to get to the bottom of it.

Obviously, the word “Indian” is at best an anachronism. I don’t think it’s on par with say, “Redskin.” But it’s not a word we use any more and the reasons for that are known to all. Fair enough.

Some have charged that I’m being short, or callous to the problem of mental illness among that community. This I don’t agree with at all. Mental illness has an ugly stigma and is given short shrift in all communities. It’s not taken nearly seriously enough. And as I come from a family where depression ran rampant, and lost one member of it to it, I’m hyper sensitive to any derision of the condition. To accuse me of not just isn’t correct.

Is it the feather on the logo? Would it be better if it was a Blackhawks player? I genuinely am asking and would like to know. If it’s just the use of anything around Native Americans being used for our purposes, ok. But don’t we have to change the name of our state then?

I think our record here on issues like racism, homophobia, and misogyny is pretty clear. We chased off a large portion of our commentariat because we didn’t want that sort of thing on our blog. I know the name makes some uncomfortable, but if people had taken the time to see the content of our blog, perhaps their complaints would be calmed. I just think this is more nuanced than it is being treated.

What isn’t fair is to accuse me and this blog of being responsible for all racism and misogyny in hockey blogging, and I have been, which just isn’t true. If you think we contribute, that’s fine, but let’s not stretch this out to ridiculousness. Perhaps you think our name undermines or eliminates our position on these things, and that’s a fair viewpoint. I happen to think it rises above it. I think you can have an uncomfortable name without having uncomfortable content, otherwise why would we listen to Butthole Surfers?

But let’s have this discussion. If the name is a problem, then it’s a problem. Leave a comment here or send me an email and let’s talk about it. Let’s not use this as an opportunity to try and out-shrill each other. Let’s be constructive. I promise to listen and engage if you’ll do the same.

What isn’t going to be acceptable is attacking anyone else. Do not yell at Kills. Or Andrew Cieslak. Or Jen LC. Your beef is with me and I should be addressed alone. It was the name I chose and it’s my issue alone. It’s my publication, I was the one who pushed to leave SB Nation so I could have a blog of the same name for a more streamlined business.

Speaking of Jen, let me go on record as saying the treatment of her borders on abhorrent. Jen is doing some of the most innovative and informative work in any sports blogging community. She chose to write here, even though she had a problem our name, because after reading us she knew our principles aligned with hers. I invite you to do the same. Jen has been chased off one of the largest stages hockey blogging has, and it’s happening again. That’s hardly fair to her, and she shouldn’t be in that position. Jen should write wherever she wants and without clearance of what some people deem an “acceptable” stage. Leave her out of this.

So, let’s begin. And if most people think it needs a change, then that is something we will consider in the summer. It’s an utter impossibility now. It’s not as simple as just slapping a new banner on the top of the site. That should give us enough time to hash this out. My email is committedindian@gmail.com. There or in the comments. Let’s talk. Let’s talk about all the good things and the bad things…. sorry, can’t help myself. 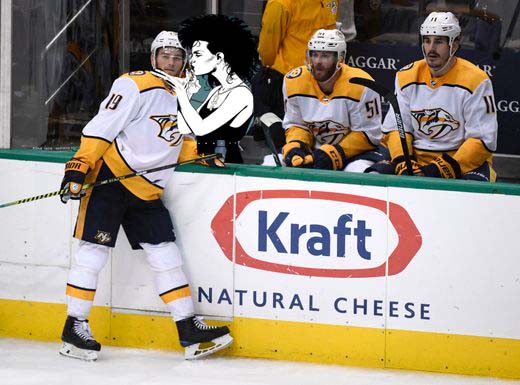 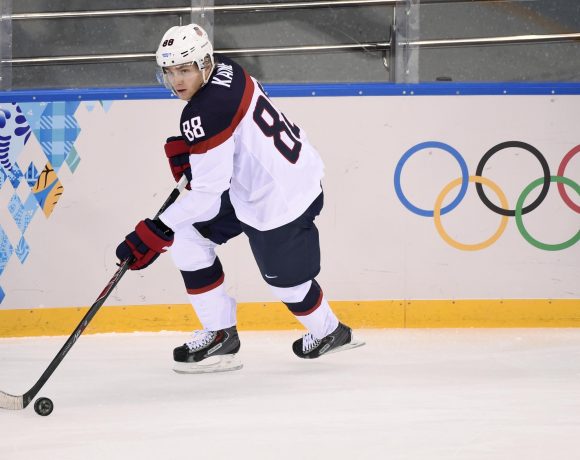