It’s The Little Things That Make Up Life: Hawks 2 – Canes 3

Like most every game in the NHL these days, given how little difference there is the talent distribution now, most games come down to a couple moments here and there. Tonight was two of them. The one in the 1st period where the Hawks gave up two goals in 65 seconds (and could have been more in that frame). The second was in the 3rd when Darling couldn’t save McClement’s chance from the slot after a Kane giveaway, and then a minute later when Ward was able to stymie Hartman when Hartman was in the slot all alone. That’s not to be harsh on Darling, who was excellent in the 1st period when he had to be. It’s not a save you’d expect him to make. It really wasn’t a save you’d expect Ward to make, either. But the Hawks success this year is built on Darling and Crawford making saves they shouldn’t make. And then cashing in the limited chances they get. Didn’t work that way tonight.

That is also a bit harsh, because the last 40 minutes were a far more solid effort than the first 20 and far better than anything we saw last night. The Hawks just couldn’t make it count, once again getting scoring from only one line, just not the line that normally does it.

Let’s clean it up and then adjourn for the New Year.

-The first period was pretty ugly. What was noticeable was just how easy the Canes exited their zone and entered the Hawks. The Hawks want their d-men to press high and try and cut things off before play hits their blue line. But that only works if the forwards are beating the opposing forwards back to squeeze the play. If they don’t, and they certainly didn’t for the first 20, it’s just a simple play of knocking it back or holding it up at the line and then bypassing the pressing d-man with a streaking forward. The Canes must’ve gotten four or five odd-man rushes in that period that way, and a couple goals stemming from them as well.

-This was not a game that Keith is going to put on his promotional reel, and I feel like I’ve said that for a lot of games this season. Ignoring his assist total, which has a lot to do with spending the most time behind Kane’s line, he just hasn’t been at the races for most of the season. If he’s pacing himself, fine. If it’s the mileage, that’s understandable. If he’s still adjusting to his tool set with a non-perfect knee, that’s a little more worrying but can be gotten around. But it’s something.

-Campbell and Seabrook won’t want to watch this film either, and Campbell was beaten by Staal (who was everywhere) too easily for the Canes’ opener. Then again, it would have helped if any of the three forwards out there–Kane, Anisimov, or Panarin–had beaten anyone to the rebound.

-Signs of life from the Toews line, which is encouraging. I’m not sure Hinostroza (The One Winger To Have When You’re Having More Than One) can do anything other than skate really fast. But he does it in as straight of a line as possible, which makes it effective, and opens up space for his linemates.

-The Hawks have seven goals in four games without Hossa. Probably not going to get it done most nights.

-Kempny had a 82% Corsi tonight. But please beat writers, keep telling me how he’s struggling. And that’s against one of the best possession teams in the league.

-Time for announcer pet-peeve. Every game, Olczyk beseeches whatever Hawk it was that missed a chance to wait a second, take a pause, to try and open up space. Only occasionally is this correct, and it’s a completely ignoring the pace the game is played at now. Maybe in Eddie’s day you could wait a second while some cement-footed and cement-headed d-man scrambled to get to you. These days, lanes are open for fractions of a second. Taking a pause is going to see some forward or d-man slide in front of you and then the chance is gone.

Secondly, all goalies are vulnerable upstairs, because that’s how they all play now. You’re not revealing some secret there. Enough. 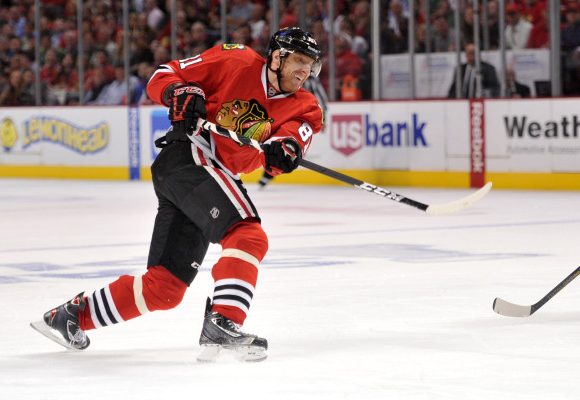 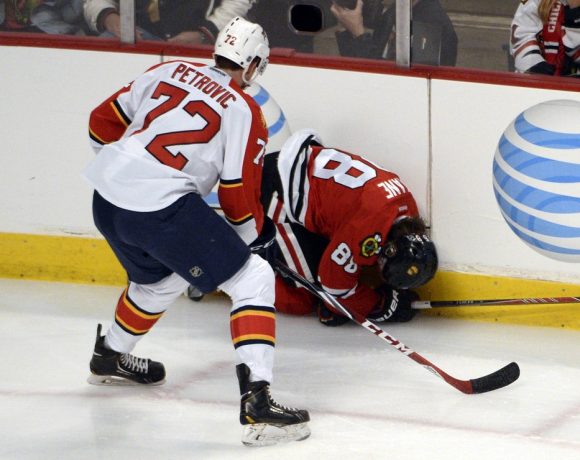 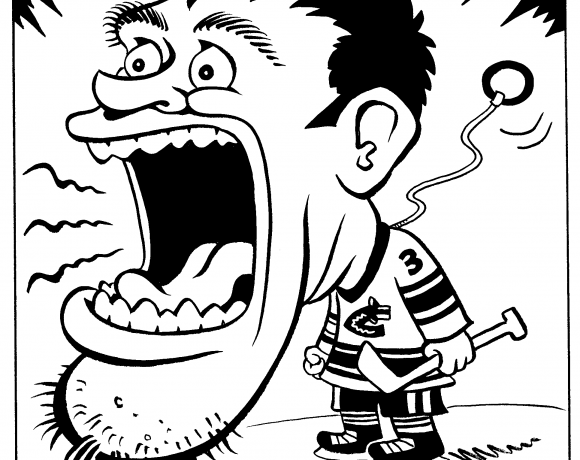