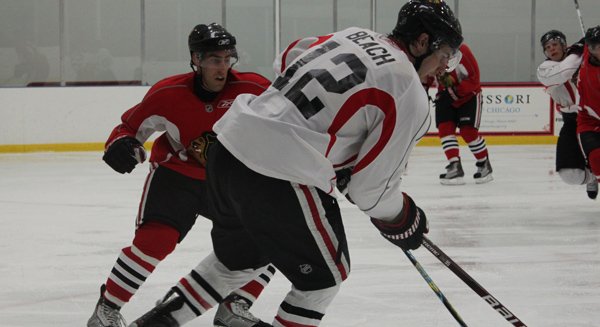 With the Summer Doldrums officially in full effect thanks in no small part to the League taking its sweet ass time to announce an agreement for Olympic participation in Sochi this coming February, and as a result its own regular season schedule, it’s time to take a spin into a couple matters beyond the Blackhawks.

But one local matter needs to be addressed first.

Yesterday Stan Bowman gave restricted free agent Kyle Beach a one year deal, with the terms not yet disclosed publicly, but it’d be an upset if it was anything above the minimum. This is a puzzling move, as it hasn’t appeared for a long time that Beach is in any kind of plans the Hawks may have going forward. He was passed on the depth chart by the likes of Jimmy Hayes, Jeremy Morin, and Andrew Shaw on their way to the big club, with Beach even being left off the massive callup for the meaningless game 48 in St. Louis, against an opponent where Beach’s numbskullery would have been well received.

Other than being a dope and an asshat to his teammates, the knock on Beach’s game itself has always been his skating, similar to Jimmy Hayes, and that hasn’t prevented the Hawks from giving him a look in the show. Word is that he’s worked on it, but he’s now had five, yes FIVE years to work on it, and his game has never come around. Kyle Beach is now the highest remaining pick from the 2008 draft to not see his NHL debut, and that coupled with some of Dale Tallon’s other picks (Cam Barker (as assistant GM), Jack Skille, Dylan Olsen), along with Stan Bowman now having a ring no one can question in theory should tamper some of the remaining Tallon loving dead-enders.

As for Beach himself, it appears that this is his last shot with the Hawks, though it seems highly unlikely he even gets a sniff of the big club, barring a miraculous turnaround in his game or a series a catastrophic injuries.

— One of the more hilariously under-reported stories of the off-season is just how screwed the San Jose Sharks are cap-wise. They’re currently over the cap without the luxury of an LTIR in their back pocket like the Flyers and Bruins (though it’s always a possibility with Marty Havlat on the roster), and they’re basically bringing back the same roster as last year having only added the hamster-faced Tyler Kennedy over the summer. And Brent Burns is going to remain a forward full time, which makes the David Clarkson contract look almost reasonable by comparison. At least it serves to drive home the point that Bryan Bickell did indeed take a discount to stay here.

This is the same team that needed a herculean effort from Antti Niemi in a shortened season to barely make the playoffs last season, with an aging core who have all got to be acutely aware that it’s put up or shut up time. Patrick Marleau, Joe Pavelski, Joe Thornton, and Dan Boyle are all in walk years, and GM Doug Wilson and Coach Todd McLellan’s seats have got to look like the door knob from Home Alone at this point. If the organization had any foresight, they could have whacked Wilson and McLellan this spring and actually done quite well to reload on the fly by dealing Marleau, Boyle, and Thornton, as well as buying out Burns. But they’re going to go for one more roll of the dice with this lot this year, and with with a full 82 game season for Niemi to have to keep things afloat, look for a stunning bloodletting in February.

— There are still a fair amount of interesting scraps left out there unsigned, chief among them Mikhail Grabovski, who was inexplicably deposed from the Toronto Maple Leafs in their unending quest to be the absolute paragon of meatball hockey. There are places where he’d be an obvious fit, namely Washington, Winnipeg, and Nashville, so it’s curious to me why he hasn’t landed yet. Perhaps he’s still deluded in thinking that he’s actually worth what Toronto initially paid him, which no one is going to now that he’s going to be paid anyway for the next few years.

It also baffles me why Mark Streit’s rights were traded for and he was given $5.25 for four years at 35 when Ron Hainsey is basically the same guy and still remains unsigned. Hainsey was one of the more vocal leaders of the union last fall, so perhaps no one in ownership is jumping at the chance to give him another contract.

However, the fact that both Brenden Morrow and Douglas Murray remain unsigned after all of the ridiculous fanfare they received when they were traded to the Penguins is some delicious schadenfraude. Ray Shero, GM Of The Year, everybody.

— I’m still convinced that Lou Lamoriello had to know about the constructs of the League’s recapture clause when he signed Kovy to v2.0 of his deal, which the league helped the Devils with getting it right. It seems like Lou and Kovalchuk’s team had an agreement that if he was ever thinking about leaving for Mother Russia, it’d have to be after year 3 or 4 of the deal, which was constructed absolutely perfectly to minimize the financial and cap burdens on the Devils in that event, to the tune of only $250k a year.

It’ll never actually come out, but that won’t keep the conspiracy theorist in me from believing it. 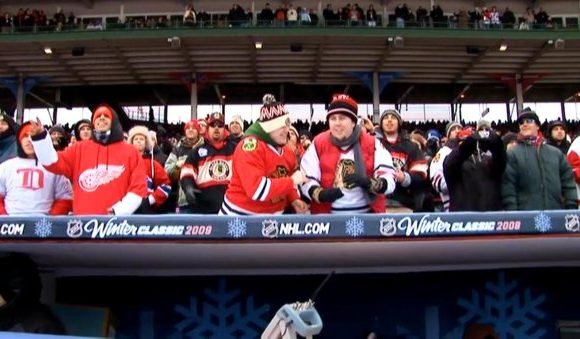