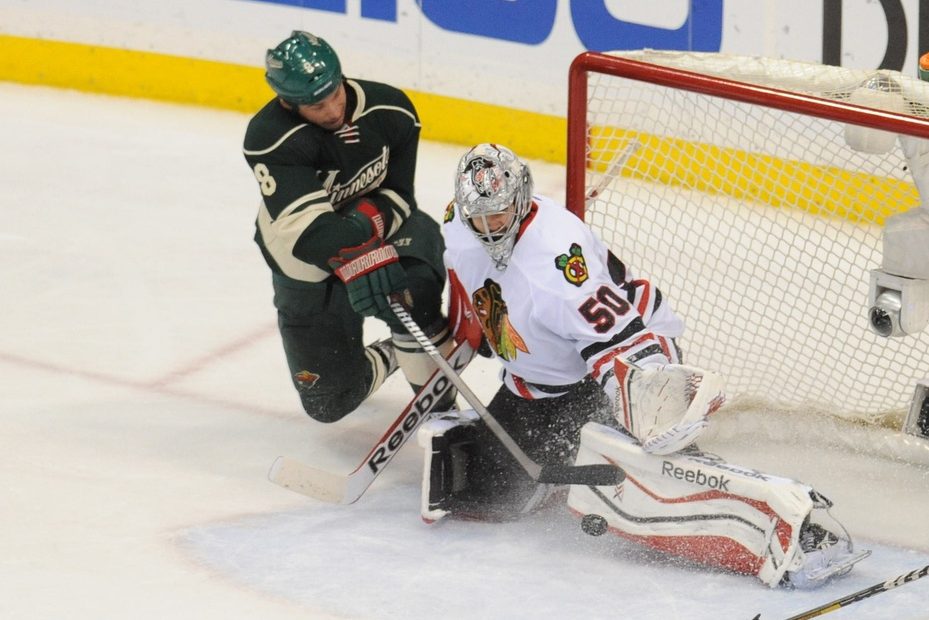 Earlier today, I was debating whether or not I should watch this game from home or if I should head to the bar. After a long day at work, I thought it was best if I go to my couch. I didn’t want to drink tonight, I had decided. And when Kris Versteeg put in a goal off a great move off the boards that bounced passed Bryz, I thought I might just be able to get away with a game where the temptation wouldn’t be that much. After all, a game where the Hawks score a goal before the opponents even record a shot is a damn good thing. “They’ll put this away early. I’ll get the recap up and have a good night’s sleep”, I hoped.

That plan went to shit about 2 and half minutes into the second period.

For long, long stretches of this game, perhaps just about all of it. The Wild were flat out the better team. You can check out the fancy stats above – they aren’t pretty. I don’t think we’ve seen the Hawks be held without a shot for as long a stretch as we did in the third all year. Or at least maybe it just feels that way since the stakes are so much higher in a game like this. As has been pointed out many times by ourselves and others, the Wild were able to shift the game’s pace almost at will. They came out with a back and forth pace to the first and large parts of the second. Then they were able to clog the neutral zone and make life miserable. They seemed to do this on a shift to shift basis.

It felt almost like playing Tecmo Super Bowl when your dickhead friend was peering over at your controller and seeing the exact play you were calling and doing the same. Everywhere the Hawks went, there were players closing in. Every pass had a stick or skate to knock it away. It didn’t hurt the Wild that the passes from the Hawks were generally off though.

On the back of Corey Crawford, the Hawks took everything the Wild threw at them and found a way to come out on top. There’s plenty more to say about this. Lets put it in the bullets. 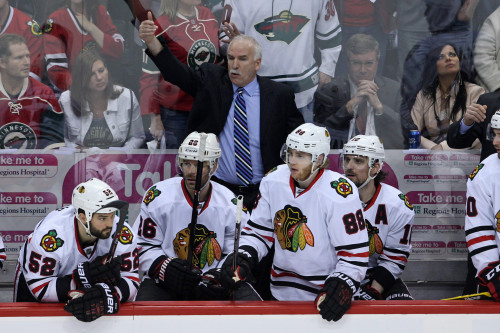 If It's Any Consolation, I Don't Begin to Understand Them: Wild 4, Blackhawks 2

We Have A New Store!