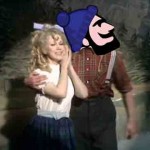 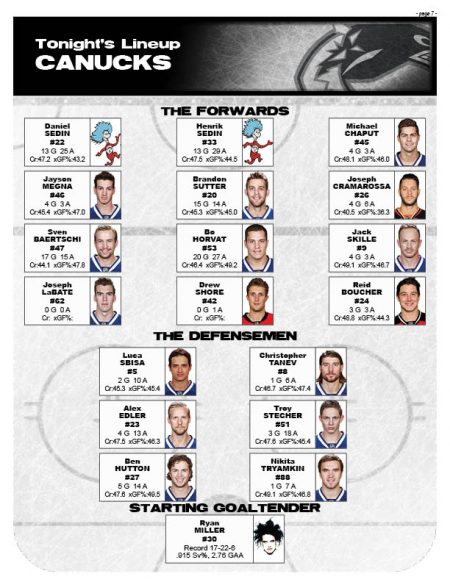 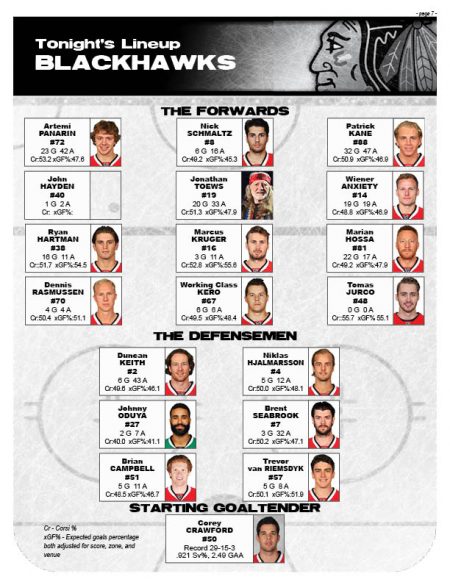 Tonight marks the middle frame of this late March Staycation three-game homestand wherein the tired, poor, huddled masses of the Western Conference visit Club 1901, with tonight’s guests being whatever the hell it is the Vancouver Canucks are these days.

There was a brief, delusional, hilarious period in the first third of the season where the Canucks weren’t even tanking correctly and flirting with a playoff spot in the West. Of course, since then water has found its own level, and it did so in time for GM Bim Jenning to actually realize he needed to be a seller at this deadline, and arguably got some pretty solid pieces in return for Jannik Hansen (1st rounder Nikolay Goldobin and a conditional 4th rounder from the Sharks), and hair-puller/biter/dragon-slayer extraordinaire Alex Burrows for an actual live body in Jonathan Dahlen from the Senators. So at least they’re slowly learning even if they didn’t do all they could, even if they didn’t move the preternaturally pouty Ryan Miller, who has unrestricted free agency coming up this summer at 36. Miller actually has not been bad at all this season with a .915 overall and a .926 at evens, so the fact that there wasn’t any kind of market for him is kind of hilarious, that no one wanted to repeat the Blues’ mistake of three years ago. And naturally if things don’t go the way Ryan Miller wants them to tonight, he will have some kind of filled diaper response in his post game press conference.

Not that Miller has gotten much help in front of him. The Twins look every bit of 36 themselves, and because there is nothing else in the Canucks’ lineup worth worrying about they still see top pairings nightly, so both their scoring and possession numbers have suffered greatly. Obviously they are still a threat on the power play however, and minimizing those opportunities for them is still key. Bo Horvat is having a decent year with 20 goals and 27 assists, but if he’s the crown jewel of the next wave of players, then the cupboard is pretty fucking bare. The debate wages on about whether or not Brandon Sutter is appropriately paid, but on a team stuck in neutral and plenty of cap room does it even matter? The rest of the forward corps is littered tonight with the likes of Jack Skille, Jayson Menga, Reid Boucher, and whoever Joseph LaBate is.

The blue line is just as directionless, with Alex Edler now 30 and with two years left on his deal it might be wise to get value out of what’s left of him at the draft, where he should yield a pretty solid prospect and a pick. Chris Tanev is a mobile right handed shot who still has plenty of tread left at 27, but again, how old is he going to be when this team matters again? Luca Sbisa is a disaster. The three kids dressing tonight in Ben Hutton, Troy Stetcher, and Nikita Tryamkin all have upside, with Tryamkin being an absolute shithouse at 6’7″, 265, but none project to be a top pairing contributor on a team with any aspirations.

As for the Men of Four Feathers, Johnny Oduya and Marian Hossa are playing tonight, but that kind of flies in the face of the entire purpose of this game being “nobody get hurt, for the love of fucking god”. Two points any way they come puts western conference home ice incrementally closer no matter the result of the Sharks/Wild game in St. Paul tonight, as both are running out of opportunities to close the gap. Take care of business, and don’t wait til nine minutes left in the game to do it this time. Let’s go Hawks. 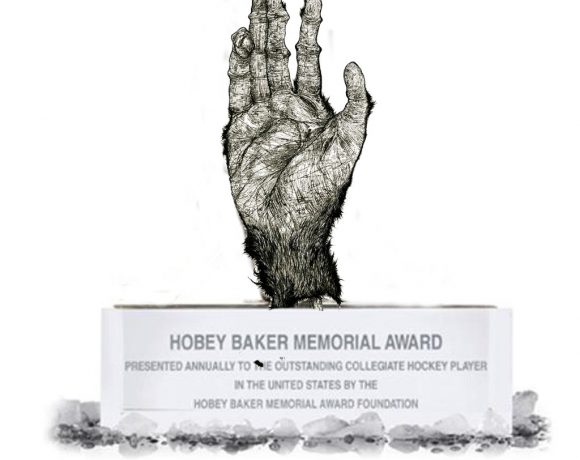 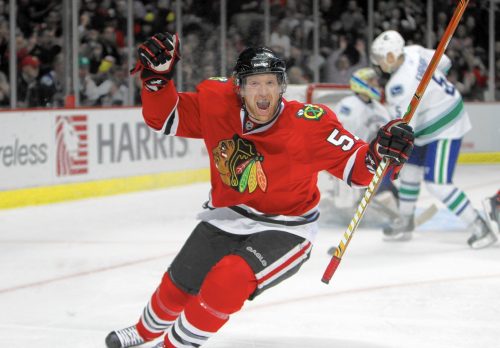 About This Time Of Night, 51 Phantom Gets To Feelin’ Right