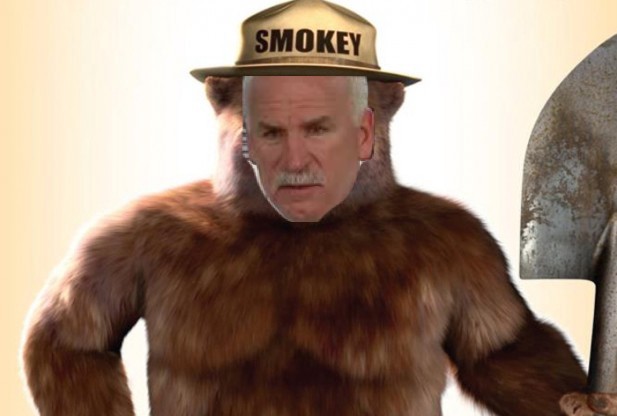 On Tuesday, Sam dug into the two possible intentions the Blackhawks had when building the roster heading into this season, and how the way Stan constructed the team doesn’t seem to mesh with the way Q has manged it. His conclusion was that it looks like Stan is playing the rebuild/retool on the fly under the obvious core of the team, but Q isn’t quite singing the same tune. Go read it for yourself if you haven’t already.

Reading Sam’s piece, I certainly don’t disagree with any of it, and to an extent I would say I agree with his conclusion that if Stan and Q can’t be on the same page, one needs to go. And I also agree that it shouldn’t be Stan, even after I expressed the hilarity I find in the idea that he’s Chicago’s best non-Theo GM in the city. Even if I don’t think Stan has the best track record over the past three years, and that he did put his team in this place, I definitely think he has a vision for how to get his team back to the level the team and fans expect to be at. So I am not in disagreement with Sam’s overall point or conclusion.

But after Wednesday night’s loss to Toronto, I left NCBSN on for a while longer, and on their nightly NHL show Uncle Bob McKenzie said something I thought was pretty interesting. When asked if missing the playoffs should result in Q’s firing after back-to-back first round exits, Uncle Bob basically said that Hawks fans have gotten a bit spoiled by the success of the team in the first half of the 2010’s, and as a result a stretch like this sends us running like chickens with our heads cut off and screaming for a firing that might not be necessary.

He followed that up by raising a smart question: what if Chicago has a great GM, and a great coach, and just needed a year to get more NHL time on the clocks of the younger and more inexperienced players that make up a majority of this roster?

As Sam pointed out, that does seem to be the most logical explanation for how Stan went about roster construction, at least for the most part. The blue line was/is made up largely of players who were in their first or second year in the NHL, and Connor Murphy having a lot of potential that hadn’t quite manifested yet. Really, Keith and Seabrook were the only players that offered any semblance of certainty as to what you’d get on the blue line, and Seabrook’s certainty was not the good kind. The forwards were a bit different story, but guys like Top Cat, Schmaltz, and Hartman were still needing more experience under their belts, and the recently added Anthony Duclair is in essentially the same boat as Murphy.

And yes, the perception is that Q has not quite played along with the image that Stan had. But part of me feels like the constant blue line scratch carousel is meant to serve as a developmental tool. Not the actual scratching, which helps no one, but rotating players in and out of the lineup and trying them in situations that aren’t natural fits to their skills to see where their limits lie are definitely ways to continue a player’s development for better or worse. Maybe Q knows exactly what he kind of playmaker he has in Forsling, for example, but wanted to see if he could elevate the defensive side. Q does have a tendency to see players for what they aren’t, but that’s not a bad thing by rule.

Sam asked in his piece that if this year was really about going for it, how could Q have done a number of things he’s done this year? No matter how frustrating he can be at times, Q is certainly not an idiot. He knows what a winning lineup looks like up and down.

I don’t want to give the mustachioed bench boss too much credit, but maybe he is playing along with Stan’s plan as best he can. The results have not been there, and yet Q hasn’t tried going to the old trusty 19-88 well for long stretches at all this year as he tends to do when things are bleak.

I theorized on Twitter the other day that maybe Joel has gone into John Fox mode – doing stupid shit for the sake of stupid shit, just to see what he can get away with. Fox pretty much knew he was getting fired by the Bears at the end of the year, so he pretty  obviously stopped trying to make smart moves, or defend his idiotic ones. That’s not to say Q is assuming he’ll be canned, but maybe he wants to be to avoid a retooling. He is a winning coach, not a developing coach, for better or worse.

But because he is a winning coach, and not an idiot, it’s likely he is aware of Stan’s vision and goals for getting this team back to winning. I’d certainly hope they at least communicate that much. He has to see there is good talent on this team that he can win with, with a GM who isn’t afraid to add more if and when he can. There is more to be mined out of this roster and this system, and it may be as early as next year that the Blackhawks are back to contending in the mediocre-team-rich NHL. And if/when this team is in contention status again in the coming years, Q is still a coach you want behind the bench guiding winner.

So yeah, if Joel isn’t playing the same game as Stan, and has decided his idea of how to run the team is better or more important than Stan’s. If that’s the case, kick him down the road. But I am not entirely convinced that’s the case, and a firing this summer may be a bit premature.