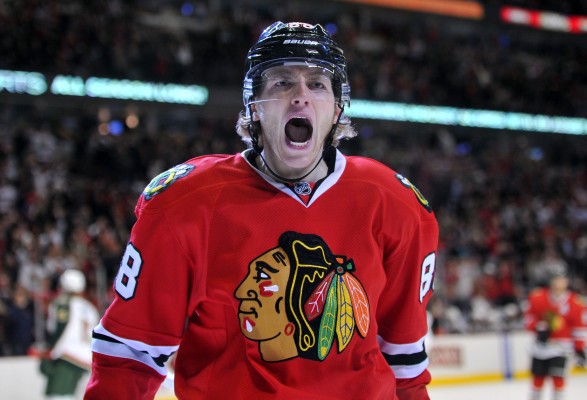 If you haven’t read Harrison Mooney’s piece on Puck Daddy today about P.K Subban and hockey’s continuing problems with race and undertones, you really should.

Mooney mentions it himself, alluding to how Subban got into trouble for a celebration after an OT goal in Ottawa, yet Patrick Kane can yell “Showtime!” after a highlight reel goal and we all think it’s pretty cute.

Subban is watched so closely, and his every move scrutinized, whereas Kane is watched with a sense of awe and wonder and appreciation.

I love both players. They’re two of the most entertaining players in the league, if not the top two. Subban’s move on his breakaway in Game 3 against Boston literally brought me off the couch to my feet. Most felt the same about Kane’s in Game 1 against Minnesota.

But after reading this I had to wonder: What if Kane was black and Subban white?

The thing about Patrick Kane’s game is it’s flashy. It’s adventurous. It’s at times high-wire risky. It’s ballsy, creative, one-on-one, and so many other adjectives that I couldn’t possibly list them all. And one of those adjectives that some might use is that Patrick Kane’s game is “black.” It’s playground. It’s the kind of game that gets crusty basketball and baseball fans on their high horse and talk about “respect” and “the way it used to be” and whatever other bullshit you hear.

To even use the word “black” as an adjective to describe someone’s playing style is wrong, and I know that. It’s generally meant to spell out a selfishness, a uncoachable-ness, a style-over-substance attitude. That’s not my intention here, though all of these things have been applied to Kane earlier in his career. What I’m trying to get at is just how unique Kane’s game is, and how highlight spectacular it can be.

To put it in another, probably more suitable way, Kane almost plays an NBA game in the NHL. He can be Derrick Rose or Durant on ice. It’s a comparison he would probably love because he’s a huge basketball fan. And Kane is all the things that hockey fans claim to hate about basketball. What if Subban did the “GIMME GIMME GIMME” celebration that Kane did after his first goal in Game 5 against the Bruins last year or has used at other times? If Subban yelled “Showtime!” after blasting another one home from the point? I think we know the answer.

What gets me is that Subban the person doesn’t appear to be arrogant at all. Every interview I’ve heard he seems a thoughtful, laid-back, pretty in-tune guy. I’m not sure he’s actually ever said anything controversial. And yet he remains a lightning rod.

Kane’s pretty much the same way, though we here in town know that off-camera he was (maybe still is), or could be a cocky obnoxious shit. He’s that way on the ice too. He has to be. How could he survive at his size and with his style if he didn’t think he was the best motherfucker out there?

It’s not just along color lines obviously. Russians don’t get much of a break either. Alex Ovechkin would have been launched into the sun if he did some of these things, and has really. Pavel Bure and Alex Mogilny before him. Everyone loves Pavel Datsyuk, because only his game is flashy but not the person (though if you read any interviews with him, Dats is something of a riot).

We go through this in baseball too, where a bat-flip or a stare at a home run is considered against “the way.” But we need to let go of all that, I think. We’re just a more brash society today than we were in the 50’s or 60’s or whenever these unwritten rules of sports were invented. That’s not the way we’re raised.

That doesn’t mean Kane or Subban or any of the rest aren’t team players. They most certainly are. Watch Subban get just as excited for a teammate’s goal as he does his own. I know I probably won’t live to see the day when some people don’t see this guy’s game as white and this guy’s game as black, but I hope to.

Because when you think about it, Kane and Subban are playing the same game (just from different positions). Shouldn’t they be viewed the same way? 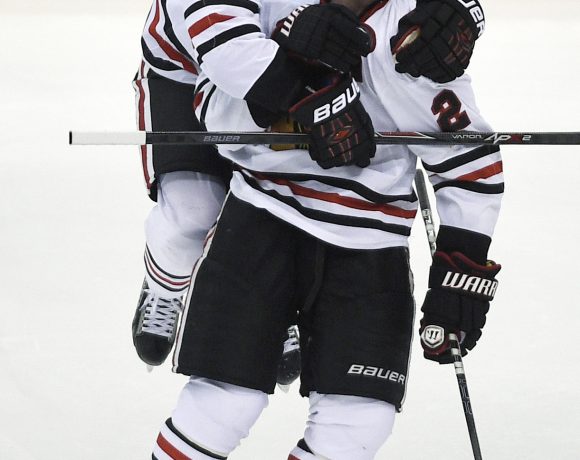 The Hooray The Stupidity’s Over Sale