A Peek At Peaks, But No Perfect Pachydermus Percussion Pitch 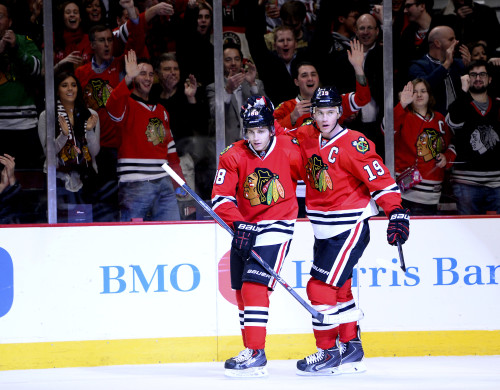 So I’ll come clean with you all. Some of my sense of urgency and frustration with the Hawks roster management and such stems from this deep fear I have that I haven’t really talked about. It’s creeping around there though, as ridiculous as it seems on the surface. And it’s this fear that the center of which this team is built around, Patrick Kane and Jonathan Toews, are closer to the end of their peaks than they are to the beginning.

I know, it sounds preposterous. But a lot of studies, including this one, show that a forward’s scoring peak hits around age 25. Well, Kane is 25 and Toews is now past that mark.

However, when I was poking around about this stuff yesterday waiting for printing to finish, I was leveled out by the fact that the Hawks have two other forwards who have stayed above this slide.

The conclusion drawn here is that when a forward hits 30, his scoring starts to show a pretty serious drop. Unless your name is Marian Hossa, it seems.

Let’s get to the Hawks other older scoring forward, and that’s Patrick Sharp.

I didn’t realize this, but Sharp’s first big even-strength scoring year came the season when he was traded to the Hawks, when he turned 25. He only had 23 points but his scoring rate per 60 was 2.18. Two years later was his breakout, 36-goal campaign, but only 17 were at ES. His scoring rate then was 2.01. In the first Cup year, Sharp’s ES scoring rate was 2.32, when he turned 28. He actually bested that two years later when it was 2.52 and he turned 30. So Sharp’s kind of an odd study in that his peak seems to have been between 27-31. Last year his scoring rate was 2.29, which is 89% of his peak which came only two years before. It’s basically the next season that Sharp is supposed to be falling off, but he hasn’t even really started a decline yet.

So where does that leave Kane and Toews? Well, here’s Toews:

Toews clearly hits the pocket that most forwards seem to hit, with his best even-strength scoring season in 2013 when he was 24. I don’t think the drop of a point-per-60 is anything more than an anomaly, considering the way his scoring increased every year until 2013. In fact, I would think it would bounce back this season, though maybe not to that insane 3.30 of 2013.

Kane’s two best seasons scoring at ES came when he was 20 and 21. As we know, there were some hinderances here, we can’t just read it off a scoresheet. Those hinderances being saddled with morons and ne’er do wells on his line.

I don’t know what to conclude from all this, other than Sharp and Hossa have been able to steady the decline that hits a lot of forwards, and that Toews may never actually get back to his 2013 season again.  That’s not to say Kane and Toews won’t be great players for at least the next four years, and maybe longer if they follow the same arc that Sharp and Hossa have (Hossa’s and Sharp’s attention to their physical condition and fitness is not to be ignored here). But I think we can say, and this is basically for me who keeps predicting a 90+ point season for Kane, that it’s somewhat unlikely that Kane and Toews will provide something we haven’t seen before. 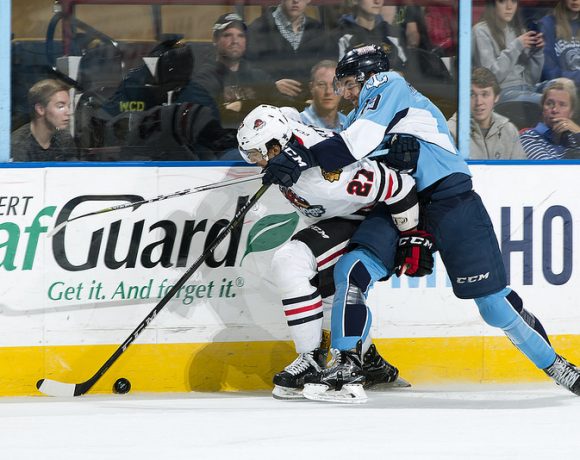 High On The Hog: Grinding Out Points