The fact that we are still talking about Slater Koekkoek having actual playing time on this team shows you how far the defense has to go to get away from being called putrid. Let’s get through this:

A Brief History: Fun fact—last season we here at the lab forgot to review Koekkoek. Just completely forgot. It was an honest mistake but it said more than our words ever could. And we all had a good laugh. Anyway, the stats above are Koekkoek’s combined between Tampa Bay and the Hawks, since he didn’t actually have all that much playing time in either place—only nine of those games took place in Tampa, and he played all of 22 here. While with the Hawks he was essentially useless, pissing everyone off by getting more NHL playing time that Jokiharju (skypoint). Seeing as I just said how few games this jamoke played that should REALLY piss you off about Harju’s usage but we’ve covered that and I’m angry again now and THAT’S NOT WHY YOU’RE HERE.

It Was the Best of Times: The best-case scenario with Koekkoek is that he doesn’t play. OK, that sounds a little harsh but what I mean is that on a team with so many (supposedly) talented youngsters in the defensive pipeline, the ideal situation would be seeing any one of them be good enough to earn regular playing time over a journeyman (I’m being generous here) like Koekkoek.

In a realistic best-case, Koekkoek plays for the first few weeks while de Haan’s shoulder heals and/or the younglings make enough progress and the organ-I-zation decides they don’t want to see one of them decapitated in the AHL. Koekkoek could be on a bum-slaying third pairing, but not taking dungeon shifts since he’s really used to being more sheltered—that’s a thing that happens when you suck. I shudder to think of him with Brent Seabrook on a second pairing, but if he can just not do too much harm while he’s filling holes in the lineup, then hopefully Maata and de Haan, plus some of the kids and/or Carl Dahlstrom, will be enough to get Koekkoek demoted to 7th or even 8th defenseman. And, maybe he even becomes a throwaway trade piece for someone more useful.

It Was the Blurst of Times: Conversely, the worst thing would be if—whether through poor personnel choices, injuries, lack of talent development, or all of the above—we’re stuck with Koekkoek all season. He could float through pairings; maybe he’s with Keith for a while, maybe stuck as a bum-slayer with Dahlstrom, really no combination sounds promising. And I don’t want to think of him on the PK, after how bad it was last year. Please, don’t make me do it.

Prediction: I think that Slater Koekkoek is going to be kinda like having your period—you know it’s coming even if you can’t pinpoint the time, and you just hope it’s not a total mess but you know it will definitely involve discomfort and aggravation that you’d rather not have to deal with for days on end. If the Hawks can keep it to a week here and there while the youngins catch up and no one gets hurt, then we can handle it and move on easily enough. 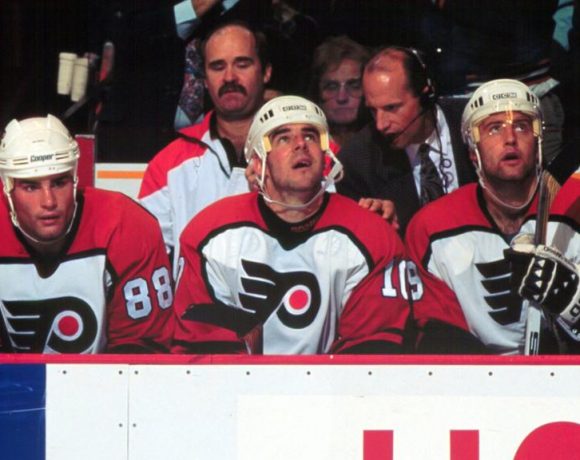 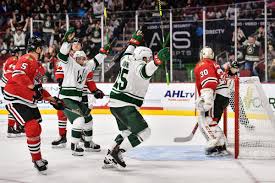