Pigs in Zen: It’s All Over Now 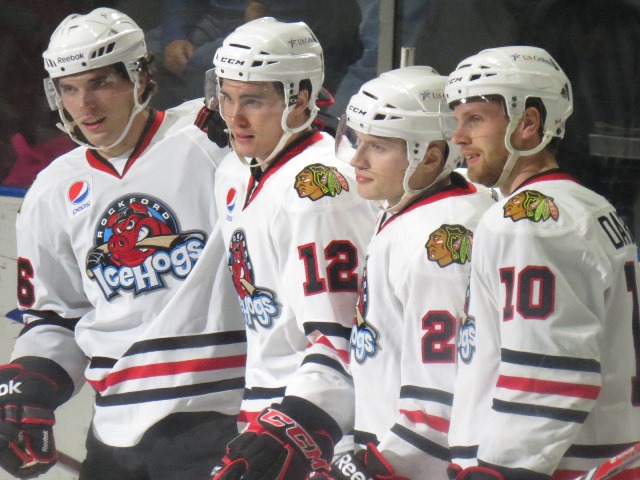 Week 29 of the AHL schedule featured the IceHogs’ final 2 games.  The IceHogs still had a slim shot at making the post season going into their final games of the regular season, but the first game of the weekend sealed their fate of being on the outside, looking in.

The IceHogs started their final homestand of the 2013-14 season with a match-up against the Chicago Wolves at the BMO Harris Bank Center on Friday night.  The Wolves took the first lead of the game in the opening period, but the IceHogs were able to fight back and tie the game on David Gilbert’s first goal of the AHL season at 14:09 and then take the lead with Ryan Hartman’s first professional goal at 15:27.

The second period saw the Wolves tie the game up at 2, but Phillip Danault tallied his 6th goal of the season to put Rockford back ahead. The Wolves were able to re-tie the game with just over 4 minutes left in the middle frame. Chicago then took control of the scoreboard in the third period and never looked back as the Wolves took the game 5-3.  This loss, paired with an Oklahoma City Barons victory, eliminated the IceHogs from playoff contention.

-The IceHogs outshot the Wolves 35-30; Jason LaBarbera was in net for the IceHogs.

-The IceHogs failed to convert on all 5 of their power plays and killed off 4 of the Wolves’ 5 man advantages.

-Forwards Terry Broadhurst and Brad Mills and defenseman Adam Clendening led the team with 4 shots on goal each.

-The IceHogs’ lines and D pairs were:

The IceHogs concluded their season with a contest against the Charlotte Checkers on Saturday night. The first period was a see-saw affair as the Checkers tied the game up twice. The IceHogs’ goal scorers who gave them the lead both times were Ryan Hartman and Brian Connelly (PPG).

The IceHogs pulled away in the second period with tallies from Teuvo Teravainen (PPG) and Hartman (PPG). Kent Simpson played extremely well in net during the sandwich stanza for Rockford as he made 11 saves, many of which were of high quality.

The IceHogs expanded their lead in the third period with markers from Terry Broadhurst, Brandon Mashinter (PPG) and Pat Mullane (PPG). The Checkers scored with just over 7 minutes remaining in regulation, but the IceHogs held on for the 7-3 victory to wrap up their season.

-The Checkers outshot the IceHogs 41-37.

-The IceHogs’ power play was fantastic as it scored on 5 of 6 opportunities; the penalty kill on the other hand wasn’t as fantastic. The Checkers scored on both of their man advantages.

-Forward Ryan Hartman led the IceHogs with 7 shots on goal.

-The IceHogs’ lines and D pairs were:

Wednesday, April 16 – The Blackhawks recalled goaltender Mac Carruth from Rockford to be a part of the Black Aces.

Sunday, April 20 – The Blackhawks recalled defenseman Klas Dahlbeck and goaltender Jason LaBarbera from Rockford to be a part of the Black Aces.

-Forward Ryan Hartman recorded 7 points (3 G, 4 A) and was -1 in 9 games played for the IceHogs.  In the IceHogs’ last 2 games, he was one of their best players and continued to be used on the penalty kill. Hartman has a great nose for the net and causes a lot of havoc in front of opposing goaltenders.

-Forward Phillip Danault finished the season strong as he recorded 4 points (G, 3 A) in 2 games. Danault was playing well in all 3 zones and was used on the penalty kill, as he always is.

-Goaltender Kent Simpson played very well in net for the IceHogs on Saturday night against Charlotte. For most of the game, he had good control over his rebounds and was making many solid saves. It’s encouraging for Rockford to have one of their goaltenders finish on such a solid note.

-Defenseman Stephen Johns also continued to play well for Rockford. He picked up 2 assists in the last game of the season and was a force to be reckoned with on the ice.

-The IceHogs finished the season in 9th place in the Western Conference standings, missing the playoffs by 4 points. Their final record was 35-32-5-4 (79 points).

-The IceHogs’ home opener for the 2014-15 season is Saturday, October 11th. Mark your calendars. 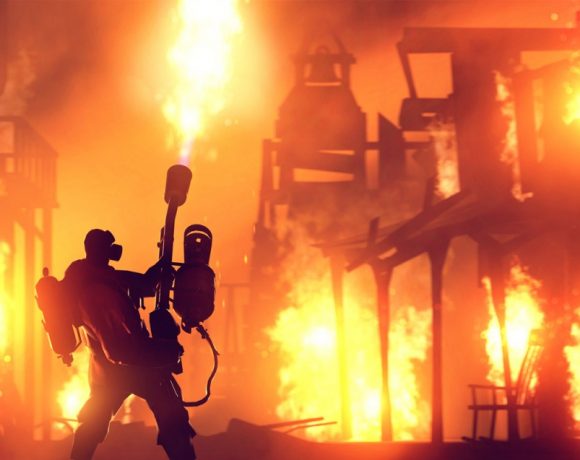