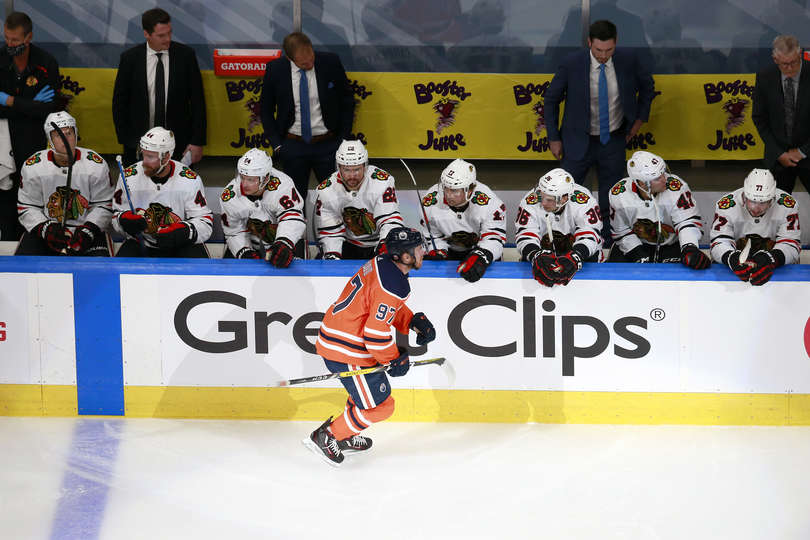 Look folks, I won’t lie to you: tonight was much more in line with how I expected this series to go than what we saw on Saturday. I had a lot of fun watching the Hawks completely manhandle Connor McDavid on Saturday, and it’s not really a secret that if you can do that you have a better chance of beating this Edmonton outfit. But that was never going to be sustainable, because, well, he’s Connor fucking McDavid. Let’s dig in:

– So yeah, Connor fucking McDavid, huh? I mean, there is not much more to be said when the best player in the world scores a goal on you 19 seconds into the game, and another for good measure just four minutes later while making Olli Maatta look like nothing more than a gnat. The Oilers aren’t exactly a one-man show, but fuck if McDavid couldn’t be one himself. I tweeted during the game that I think he is the most dominant athlete in any team sport right now, and I think tonight was a great example of why. He was always going to be the X-factor in this series; you either stop him and win or don’t and lose. Saturday was the former, but like I said above, that isn’t easily replicated. Don’t be surprised if we see more of this from him on Wednesday.

– Adam Boqvist had a really rough night tonight, especially on the defensive end. He will never be a shutdown guy on that side of the ice, so those mistakes are liveable, but we’re gonna need to see more on the offensive side to make up for it. Part of the issue in that regard is the system the coach deploys and the situations in which the coach deploys him, but at the same time he is gonna have to overcome some of that. Granted, he’s still just 19 years old and already playing in the NHL earlier than he anticipated, and probably earlier than the team did as well. There is plenty of room for growth there, but tonight was ugly.

– Sort of building off that last point, I don’t know why Boqvist isn’t running the point on PP1. The lone righty shot on that unit right now is Kirby Dach, and he’s the goalie screen. Otherwise we see Jonathan Toews, Patrick Kane, Domink Kubalik, and Duncan Keith. None of those guys are unqualified for the unit, but when you have four lefties on the ice and you post Kane up on the right boards, it’s not exactly a secret what the plan is for that PP. I think swapping Boqvist onto the point for Keith may sound like small blasphemy, but I think it would open that PP up to many more possibilities. But the coach’s brain is smoother than a lake at midnight, so I am not holding my breath in hopes of seeing this change.

– Not Crawford’s finest night either, lowlighted by his best Mike Smith impression on the Oilers fifth goal that was really the dagger in the game. I still have faith in Crow, but he is going to really need to step his shit up if the Hawks are going to win this series, because he really is their only hope.

– We’re two more losses from my master plan of tanking to get the 12.5% chance at the #1 pick coming to fruition. But we are also just two wins away from getting to watch *real* playoff hockey, which I also welcome. This is officially a win-win situation folks. Until Wednesday.

– Sorry I am not as long-winded with these wraps as Pulega. I just didn’t enjoy this game as much as he did Saturday, for obvious reasons. And also, he is a monster that Fels created in a lab. Fuck that guy. But also, he is cool. Ya know? 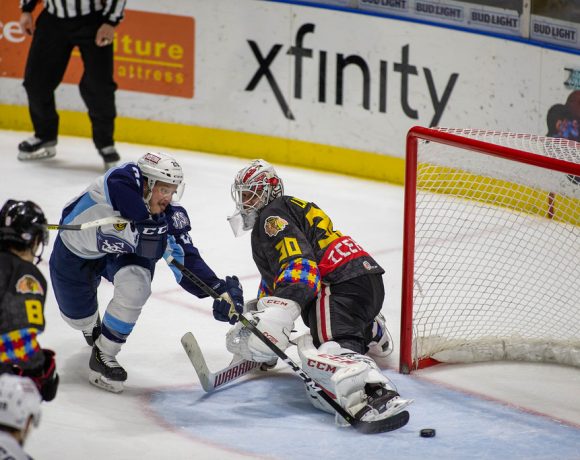