Pushing Down on You: Blackhawks 3, Hurricanes 2 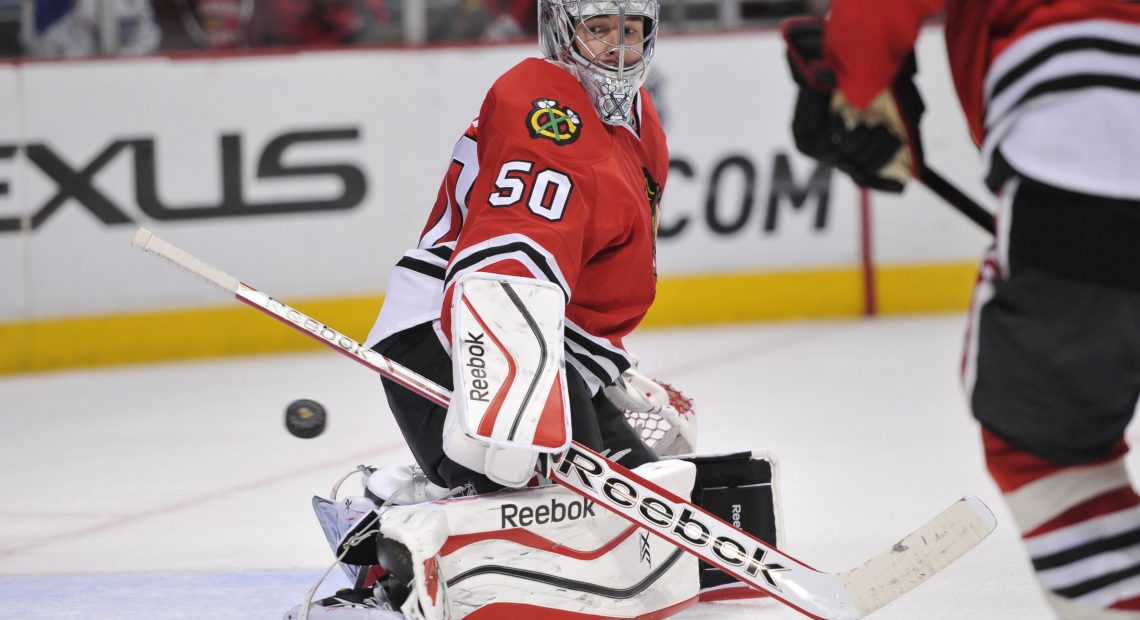 In a game that seemed destined for extra time, the Hawks were able to grab a full two points without needing extra time and without ever having to take it out of second gear. Win, win in this guy’s world. Let’s move on to extracurricular thoughts.

–Quick…name three guys on the Carolina Hurricanes without the last name Staal. Even after watching them play the Hawks, I’d be surprised if anybody could. Even with Alexander Semin and his glorious release (#hockeyporn), the Hurricanes are mostly a forgettable bunch.

It’s hard to believe winning the Stanley Cup would be considered the worst thing that could happen to you but when the Hurricanes won the Cup in that very strange post-Cup season in ’06, they were teased by the promise of Eric Staal and Cam Ward, two players who were under the age of 23 and already had a Stanley Cup on their resume.

Now, 21% of their cap is being consumed by two guys who may not be all that good. But hey, Jordan Staal was a helluva pick up.

–Patrick Sharp could have very easily netted three or four tonight. In his first two shifts alone, he had point blank opportunities. Anton Khudobin made some pretty great saves. Finally, Sharp beat him on a breakaway with a move to his backhand, of all things.  That had to have been a first.

–If Michal Handzus was Jeremy Morin and he took two consecutive penalties, would he have seen even less than his 6 minutes of ice time?

–Speaking of ice time, it’s absolutely criminal for Nick Leddy to only see 12 minutes of ice time. Leddy is probably the third best defensemen on the Hawks and he’s getting better with each passing game.

Tonight, he made the second goal possible by rushing through the zone, waiting for a passing lane to open and then hitting Kris Versteeg in the slot for his second goal in 21 games. The brillance of Leddy’s pass was how he waited for the Carolina defensemen to change his stick position. As soon as the defenseman moved his stick from 12 o’clock to 3 o’clock, Leddy moved the puck to Versteeg who out-waited Khodubin and beat him to the glove side.

–It’s only one game but the entries on the Hawks power play looked very pedestrian sans Patrick Kane. Whereas Kane takes the puck and gains the blue line, it seemed like without him, the Hawks were looking for someone to carry the puck over the line. On more than a couple of occasions, they had passes picked off at the blue line when guys like Andrew Shaw tried to make passes instead of just gaining entry into the offensive zone.

This will probably take a few games to straighten out.

–As Extra Skater shows, this was kind of a strange game. The Hawks dominated the first period to the point where it looked like a NHL team against an AHL team. From then on, Carolina did their thing and the game kind of evened out possession wise with the arrow pointing a bit more in the Canes favor.

–I’m sure if Mike Keenan was coaching the Hurricanes, he would’ve benched Eric Staal the remainder of tonight’s game after missing to the far side to spring Jonathan Toews on the game-winning breakaway. Keenan was notorious for, among other things, coaching his team to shoot for the short side on the power play. This way, if they missed the net, the puck wouldn’t spring out of the zone.

Staal blasted a slap shot that missed the net by a solid five feet and put Toews on an easy breakaway where he beat Khodubin to the far side. That ended up being the difference in the game. It’s a good thing Keenan doesn’t coach anymore. 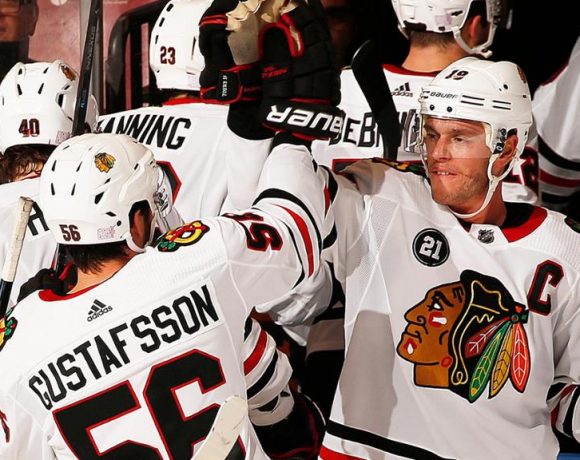