The Scuds-O-Meter Points To Ehrhoff 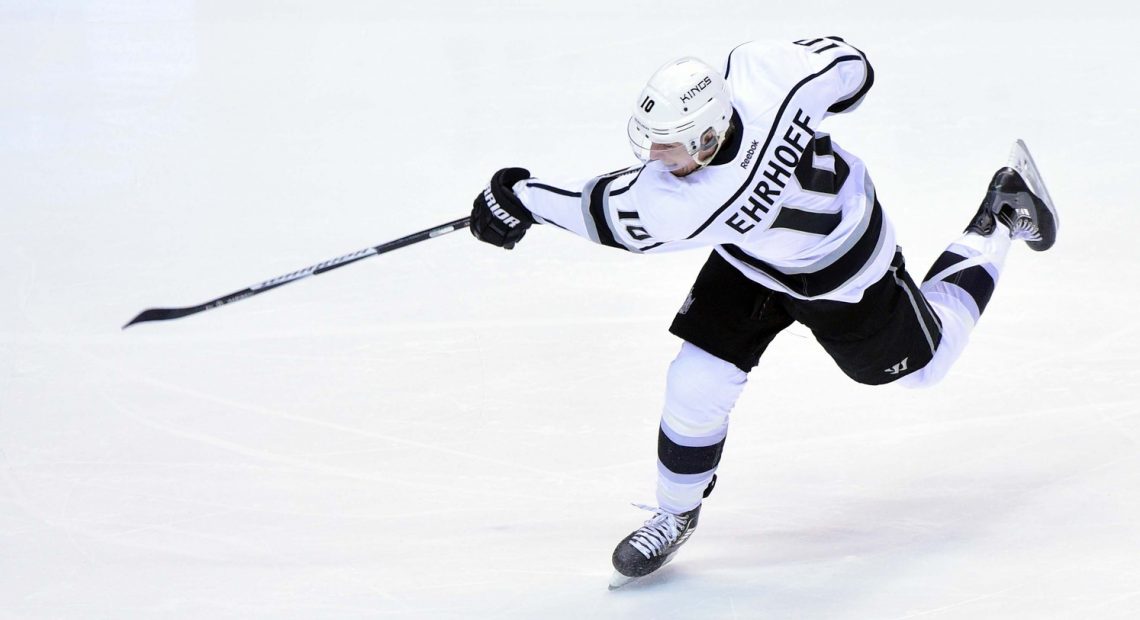 Because Stan Bowman apparently has a functional set of eyes and a basic understanding of arithmetic, his trade deadline work continued today by shipping Rob Scuderi back to Los Angeles and getting Christian Ehrhoff in return, perhaps two years too late.

In Ehrhoff, the Hawks potentially get a mobile, possession driving defenseman that can play on either of the bottom two pairings for dirt cheap while unloading the extra year of Scuds’ deal, as Ehrhoff only signed a one year deal with the Kings. The Blackhawks have retained some salary in the transaction, as have the Kings. The Hawks will take on 50% of the 67% they inherited from the Penguins, so $1.125 million in dead money next year, which is still less than the $1.3 million they would have had to keep on the books just to bury him in Rockford. The Kings are retaining 15%, or a pro-rated $225K worth of Ehrhoff’s salary.

Ehrhoff has been adrift since being bought out by Buffalo last summer, taking one year Cup chase deals in Pittsburgh and LA, which isn’t a bad plan on his part considering he was getting paid one way or the other. But he’s also been adrift in concussion problems, which have seen a slight dropoff in production for him over those two seasons, his only two being below the team rate in 5v5 shot attempts. That being said, he still carried a 54.9 share for possession juggernaut LA, while getting approximately the same portion of offensive zone starts as King Hippo does from the second pairing on the Hawks right now. While it’s anything but a sure thing, it’s certainly a low risk move with a far greater potential yield than anything Scuderi could have possibly offered. Ehrhoff is a tall, lanky body with good positioning and angles, plus-if-slowing-into-his 30s speed, and a hard accurate shot.

Ehrhoff’s problems arise when getting too cavalier in any aspect of his game, whether it’s over committing in the offensive zone or getting run out of position or overpowered in the defensive zone, as Ehrhoff has always been a bit light in the ass for his height, which has led him to get railroaded and therefore have concussion issues. Basically, Ehrhoff is the same time of player as Erik Gustafsson if a little taller and rangier, and has more experience, going on some deep runs with the Canucks and even dating back to his days with the Sharks. This is Stan Bowman recognizing what the Seabrook and Goose pairing has been when they’ve been on, but realizing that it’s simply not reasonable to throw Gustafsson into the deep end with second pairing duties in the playoffs. With Michal Rozsival once again performing admirably on the third pairing, their cherry picked zone starts should give Gustafsson more of a chance to thrive, and puts a puck mover on every pairing, something the Hawks were lacking prior to this afternoon.

And while it’s a dizzying game of Three Card Monte Stan played with salaries here, it’s basically a later move from where they were after today’s waiving of Jiri Sekac and his $925K hit and still leaves room for yet another move. Which according to Chris Kuc seems to be getting a forward with a set of hands to play with Our Special Boy(TM), Teuvo.

Source: #Blackhawks aren't done. They're looking for a winger to play alongside Teuvo Teravainen.

While the blue line didn’t get any worse today and might have gotten better, having the deepest grouping of forwards in the league has worked for the Hawks three times before, and another representative NHL caliber forward would give them just that again once Hossa and Kruger return.

And speaking of Marcus Kruger…

In other news, @aladd16 will wear No. 16 for Chicago and Kruger will move to 22 because #teammates.