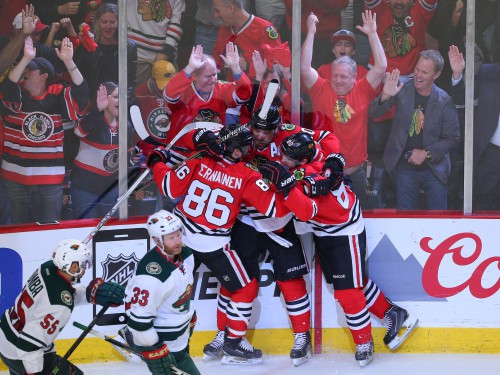 Coming into this one, the main story was always going to be how Mike Yeo adjusted the way his troops went about playing this one, and would the d-men who all made mistakes in Game 1 leading to goals would tighten up or not. Yeo did change tack, and it was the Hawks’ d-men who certainly tightened up. Sadly for Minnehaha, Ryan Suter most certainly did not.

The Wild came into this one deciding to lean heavily on what they do best, and that is gobble up space in the neutral zone and keep things to the perimeter in their zone. While it wasn’t an out-and-out trap, it certainly was more conservative than they were in Game 1. On the surface, it makes total sense. As we said in the program tonight, when judging how things were going for each goalie in these playoffs, the Wild did seem more likely to win a 2-1 game than they do a 4-3 one.

There are two major problems though with backing up against the Hawks and trying to choke out a game. One, ceding possession to them is having a gasoline fight, because there is too much firepower at forward to think they aren’t going to find a crack anywhere for 60 minutes.

Second, this season the Hawks struggle more with teams that come right at them and try and rip seams in what’s been a wonky defensive structure for a majority of the season. Look at the Preds. Stepping back gives the Hawks time to make better passes, giving their forwards more time to make better passes, and you get what we got here tonight. It only took on bouncing puck to put Ryan Suter in a bad spot (and perhaps the luckiest bounce of Dubnyk’s nub that the Hawks might get all playoffs) and then a Thomas Vanek turnover and a drop of awareness from Suter to give the Hawks what felt like an insurmountable lead at 2-0 heading into the 3rd. That’s how hard it is to try and sleeper hold them for 60 minutes, because one slip and you’re trailing in the 3rd, something of a specialty for these Hawks.

Let’s finish it out:

-To put numbers to the problem the Wild have when they go a bit trap-y, the Hawks had 53% of the attempts at evens tonight. If you’re going to let the Hawks control things that way, you’d better get satanic verses from your goalie. China Grove was at .900 tonight. That’s not going to add up.

-For most of the first 40, the Hawks breakouts were so much cleaner, but then again they were allowed to be as the Wild’s third forward wasn’t on definite seek and destroy and the d-men were all too anxious to back up. I doubt we’ll see this in front of a rabid Xcel Energy crowd on Tuesday.

-While Kane’s line was able to manage two goals (one empty netter), they were the only line buried in possession tonight for the Hawks. And mostly it came from Minnesota’s 4th line. We’ll just chalk it up to one of those things.

-When Duncan Keith got that puck on a delayed offside with less than a minute to go just inside his own blue line, for just a second I thought I knew what it felt like when Aaron Rodgers sees a d-lineman jump offsides and he knows he’s got a free play. Must be nice to have that a lot. You could see four Wildlings in front of the red line, and you knew there was something behind it even if it wasn’t apparent on the TV screen.

-Giving up one goal should do some good for Crow’s confidence. And while he was too deep in his net and too eager to drop down for Dumba’s goal, my conspiracy theory loving heart thinks if it had been Darling in net Eddie O would have been talking about what a laser that shot was. Because it was.

-Antoine Vermette, +10 in Corsi, his best mark as a Hawk. Two games together, two veterans in Sharp and Vermette who are very intelligent players along with a highly creative winger in Teuvo. It’s not a miracle it looks pretty good right now. No one’s got this four line attack, as the 4th line was the next best in possession.

-The Hawks’ PK is still a worry, even if not all power plays will be lacing wristers into the top corner. Got to get it fixed. But does it seem like teams are always scoring on Rozsival’s penalties? That’s at least three in the last four games, right? Kill one off for the old guy already.

-This was the first game of the postseason where Keith has played over half of it, despite all the hubbub over his time. Seemed a tad odd that this should be the game where the Hawks led by multiple goals for most of the 3rd, but I guess I get it. Sure it won’t be the last time, but Q hasn’t been made to declare DEFCON 5 yet and simply abuse his top four in a game.

-Brodin and Suter were a combined -22 tonight in Corsi. I just don’t see a way forward for Minnesota if the Hawks’ top lines are having that much time in the offensive zone, no matter the exemplary coverage those two usually provide there. You’re asking for trouble.

Let’s remember the words of Winston Wolf. The Hawks were in this same spot last year, and while they won the series they were seriously outplayed in Games 3 and 4 then. We know that the win in Nashville was the first time the Hawks had won their first road game in a series since San Jose ’10. We’d like to believe the Hawks will come out to end it but the shouting on Tuesday, but that really hasn’t been their M.O. this season. It’s trending in the right direction, though. 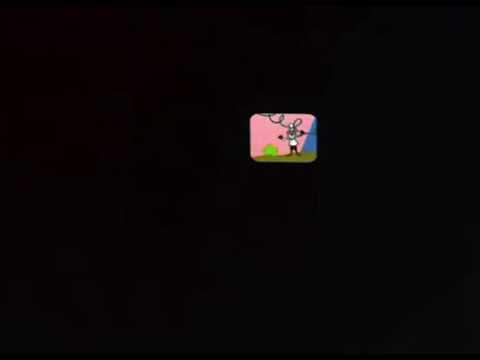