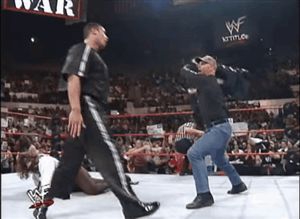 Wow.  Lots to talk about here, from Dylan Cease’s first ever MLB start and win, to Jose Abreu and Yoan Moncada refusing to let the Sox lose in game 2 of the doubleheader, to Reynaldo Lopez’ continued struggles in game 3 today.  There’s a lot to be excited about, and the double comeback win in game 2 is the kind of rally that fans of the team will remember for a long time.  It was FifthFeather in fact who tweeted that the game forcibly reminded him of the Christmas Blackhawks game in 2007 against the Oilers which was the birth of the Hawks tremendous run throughout the 2010s.  Let’s hope this is in that vein, as the core group of guys seems to have a little something special going on.  The quest for .500 continues, and the Sox edge ever closer.  To the bullets!

-I used the title above in reference to my favorite WWF moment ever, when Mick Foley won his first World Title on Monday Night Raw, January of 1999.  Foley (then in his Mankind persona) was facing off against The Rock (then the Corporate Champion of Vince McMahon) in a no DQ match.  Just when it looks like Foley is going to lose, the glass shattering beginning of Stone Cold Steve Austin’s music hits and the place goes apeshit.  Austin tees off on the Rock’s head with a chair and rolls Foley over for the 1-2-3.  It’s the loudest I’ve ever heard a crowd before, and Moncada and Abreu’s home runs in extra innings reminded me of this moment.  You could almost hear the glass break as Abreu somehow turned a low and away changeup from Nick Ramierez and pulled it into the Sox bullpen.  Just like on Raw, the Comiskey crowd goes ballistic and it gives me chills.  It’s probably the most exciting moment this team has had since Thome’s bomb in the blackout game against the Twins.  In a way, those 2 home runs may end up serving as bookends for the rebuild.  Let’s hope.

-Yoan Moncada also homered from both sides of the plate that night, the one from the left side being the most impressive (not just because it tied the game), as he absolutely murdered a cutter off Tigers closer Shane Green and put it 462 feet away from home plate.  I know the ball is juiced, but goddam that was a sight to behold.

-Lest we forget, Dylan Cease had his first ever major league start AND win.  He worked 5 innings, 4 of which were more than acceptable.  He came in the first, clearly bothered by nerves walking 2 and plunking one.  This resulted in the only two runs he gave up until he hung a curveball to Jeimer Candelario in the 5th.  He didn’t let that faze him, however, as he then mowed down Harold Castro with a nasty curveball after that.  He was still overthrowing his fastball, but I feel now with the first start out of the way that should abate.  His curveball is plus stuff, and his change has some sick movement on it.  I’m eager to see what he can do from here on out.

-It wasn’t all roses and dingers however.  Reynaldo Lopez had another shit outing, giving up 6 and only going 5.1 innings.  His off speed stuff just wasn’t where it needed to be, so the Tigers just zeroed in on his fastball and crushed it.  The bullpen didn’t fare any better, as noted arsonist Juan Minaya came in and promptly gave up 2 more runs.  Renteria didn’t have a whole lot of options however, what with the double header and extra innings games the previous day.

-Daniel Palka should never start in front of Zack Collins again.  If someone plays shitty defense at 1st base and bats below the Mendoza line, I’d rather have it be a prospect then the journeyman.  Seriously, Palka is hitting .022 right now.  What about him says “play him over our first round draft pick?”

-Yolmer Sanchez was heating up at the plate, so naturally someone stepped on his hand today and he had to leave the game.  Hopefully he doesn’t miss much time.

-Next up is the Cubbies and another chance to blow past .500 so I’m sure it’ll be a split.  Onwards! 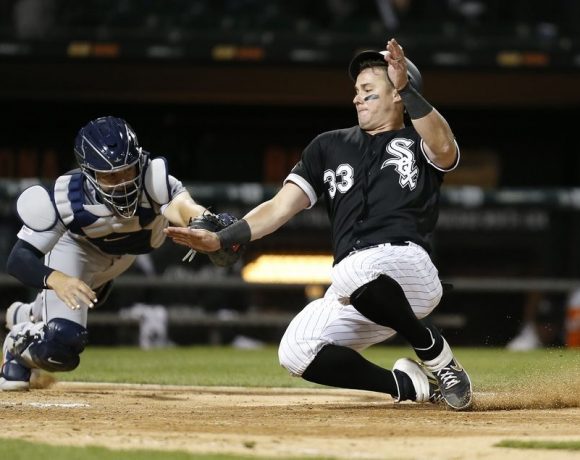 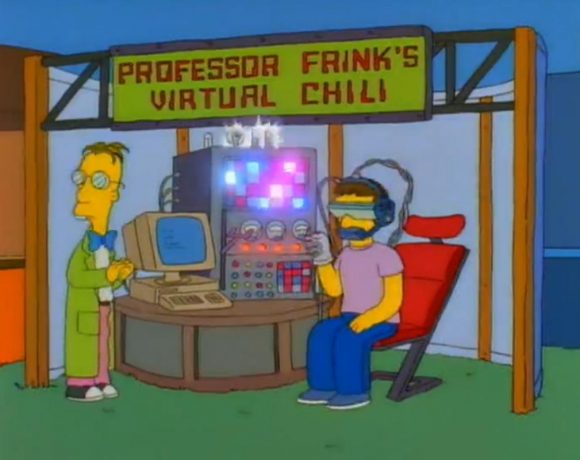 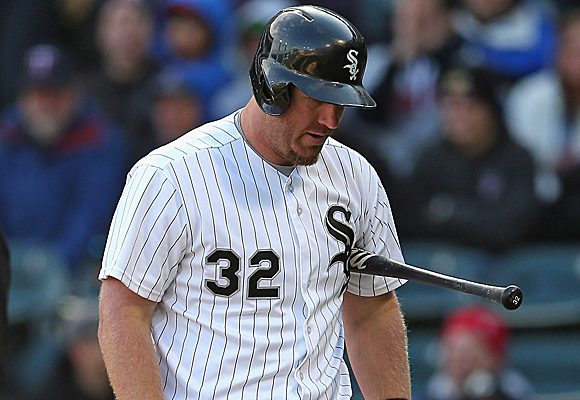