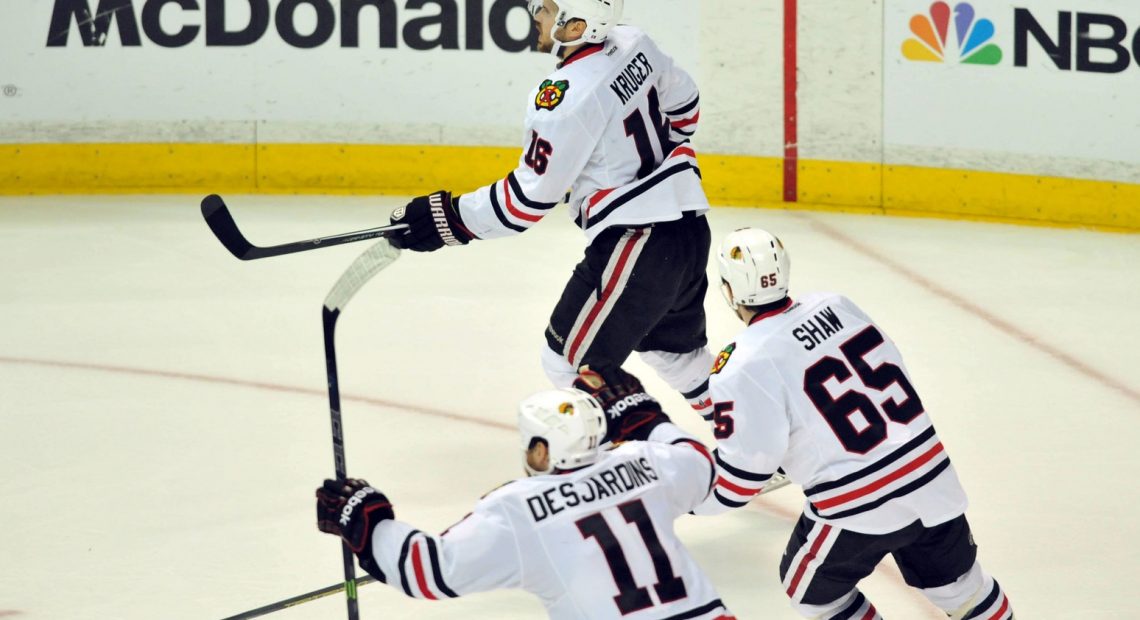 In a couple of long overdue moves, GM Stan Bowman finally cleared out enough room to bring back Marcus Kruger for one year, at the expense of Kris Versteeg and Joakim Nordstrom.

First and most importantly, the Hawks retain the services of a homegrown center who is one of the most uniquely dominant role players in the league. Kruger waited patiently for his new contract and in the end took yet another bridge deal from the team knowing how handcuffed they still are with the salary cap, and there are no easy answers coming forward. The Hawks have basically postponed this dilemma another year, and it’s safe to assume that if the team finds itself in a similar financial bind next year (and there’s no reason to believe they won’t), that Kruger has been given assurances he will not be strung along. In theory there’s nothing stopping the Hawks from giving him an extension for 16-17 and beyond in short order and managing to get two different cap hits on the books for Kruger in two short years. Something to consider.

On the ice, despite the tremendous amount of roster churn the Hawks are as deep at center as they’ve ever been in the Bowman/Quenneville era, with Toews and Anisimov as a clearly defined pivots, and the option to play any number of Teuvo, Tikhonov, Dano, Shaw, Desjardins, or even Danault while Kruger ably mans the fourth line and generally makes his linemates better while playing some of the harshest minutes in the game.

To make this happen Bowman dealt Versteeg, Nordstrom, and third rounder for two defenseman bodies in Dennis Robertson and Jake Massie, as well as a fifth round pick in 2017. Robertson is a 24 year old 6th rounder who only last year played a partial season in the AHL, and Massie is a 6th rounder drafted out of Boston area AAA midget club play this year. So basically nothing.

More importantly, their exit moves $2.8 million off the books; Versteeg at $2.2 (with Uncle Dale now going dutch with the Hurricanes) and Nordstrom at $600K on a two way deal and no guarantee to make the Hawks club and subject to waivers. This hilariously marks the 6th time that Kris Versteeg has been traded before his 30th birthday (BOS->CHI, CHI->TOR, TOR->PHI, PHI->FLA, FLA->CHI, CHI->CAR), and will likely be traded again at the deadline being in the last year of his contract and assuming the Canes are bad again, which they will be. With his 30th birthday in May of 2016, that would put him at 7, which would have to be some kind of record.

And it’s pretty easy to see why he keeps getting traded. Since his return Versteeg had about three months of effectiveness at the begging of last year when Garbage Dick made dragged him along for the ride surrounded by some woefully ineffective and maddening play. Versteeg will probably never fully get back the burst he once had before his ACL surgery, making the round-about paths over the blue line even that much slower developing. He was competent enough in the latter half of the Final, but it didn’t warrant hanging onto him. Joakim Nordstrom is just a guy.

While the several hundred upstart sites to the CapGeek throne (sky point Matthew Wuest) have the Hawks with varying degrees of cap space anywhwere from $4.2 million to $1.1 million, the fact of the matter is that there are still moves that need to be made. The blue line needs another NHL caliber body even if the team is high on Svedberg one way or the other. And that’s with Kruger’s salary not yet hitting the presswire just yet. With it only being a one year deal, it’s safe to assume it will likely only be the minimum raise over his salary of $1.325 million last year per the regulations of qualifying offers to restricted free agents. And even now with him back in the mix it’s still slightly shocking that he waited around as long as he did and there were never even the slightest rumors of offer sheets for such a valuable asset. His loyalty is to be commended for now, but it will need to be repaid in the form of actual cash, no matter how good the lingonberries are at Tre Kronor on Foster.

One interesting way for Stan Bowman to play alchemist was floated by none other than HockeeNight’s Forklift, who in a moment of clarity amid decades of senility tossed out the idea of trading Bryan Bickell to for what is now the ended career of Ryane Clowe, similar to what the Leafs did to get rid of David Clarkson. Clowe will never play again and the Hawks have more liquid cash than the Devils do, and could afford to continue to pay Clowe and receive the LTIR overage of his $4.85 million salary, while the Devils actually pay out of pocket for a live body in the form of Bryan Bickell. But this situation still requires monitoring even as camp rapidly approaches.

For All The Cows – Flames vs Hawks Preview, Pregame Thread, Sales Pitch 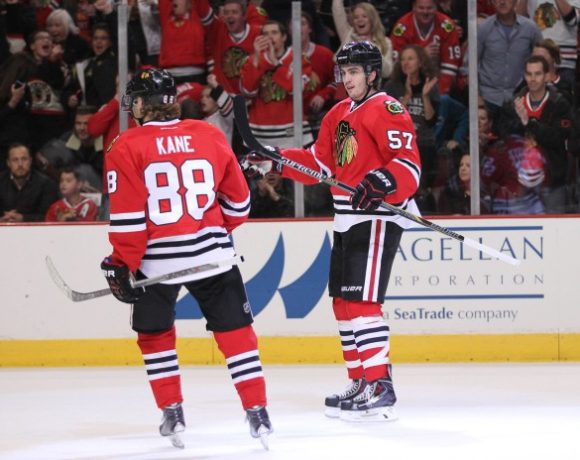