Sit Back, Relax, And Strap It Down – ’17-’18 Blackhawks Player Previews – Lance Bouma 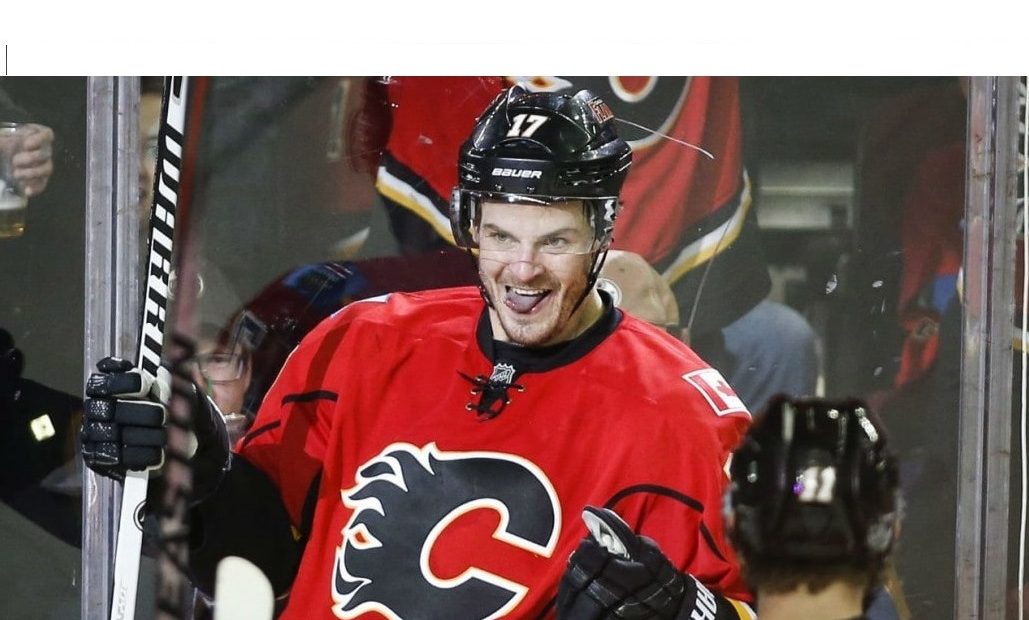 Anyone who’s had the pleasure of watching the last decade of Hawks hockey is familiar with the salary cap shuffle the Hawks have to do every so often (and yes, it’ll be 10 years this year since Patrick Timothy Kane II took his first shift with the Hawks). Like a teary-eyed Lisa watching Mr. Bergstrom chug off into the distance, we’ve waved goodbye to a bevy of talented players either in or just approaching their primes. And so it goes this year, with the losses of defensive unicorn Marcus Kruger and a serviceable lower-line defensive forward in Dr. Rasmussen. One of the answers to the question, “How do we replace the defensive depth in our bottom half,” is former Flame Lance Bouma.

A Look Back: The former 3rd round pick did yeoman’s work last year, with a paltry 7 points over 61 games. His ice-time average and CF% imply that he was an energy guy, somewhere between late-career ruptured hemorrhoid Raffi Torres and off-the-ice-good-guy Danny Carcillo. In fact, his CF% last year looks bad not only on its own but also relatively, with an abysmal -5.8 CF% Rel.

But there’s a massive rub in those stats: Unlike your typical energy guys, Bouma has ALWAYS lived in the defensive zone.

Last year saw him in his own zone more than two-thirds of the time, which is approximately the amount of time one would spend on the toilet after having a $5 Box and a Crave Case for lunch. And that’s what Calgary often asked him to do: consume garbage zone starts and evacuate the puck from the bowels of his own zone.

Even more interesting are Bouma’s career zone-start stats: Over 304 career games, Bouma has started in his own zone 61.8% of the time. The only year in which he had more offensive zone starts was his rookie year, and he only played 16 games that year. Compare that to Kruger’s 368-game, 70.5 dZS% clip. None of this is to say that Bouma is a one-to-one replacement for Kruger, because the comparative career CF% Rels are canyons apart (Bouma’s at -4.8, Kruger’s at -1.7), but given that Bouma was on some bad Flames teams, even those comparisons aren’t entirely square. 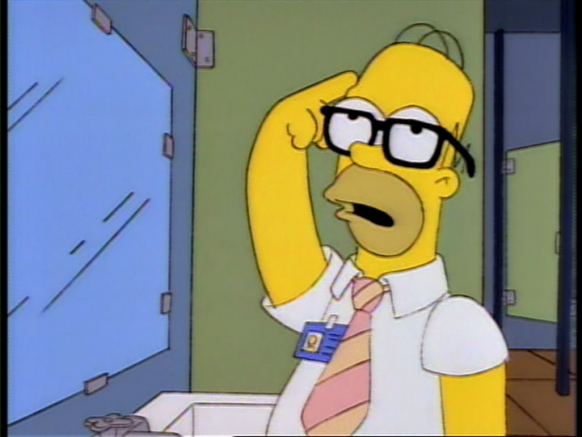 Perhaps the most exciting thing to look at with Bouma is a stat called Corsi Rel QoC, which, in short, ranks Corsi in terms of the quality of the guys a player was up against (negative numbers meaning he was sheltered, higher and positive numbers meaning he faced stiffer competition). From 2013–2016, which is both as current as I could find and reflective of years in which Bouma played at least half of the Flames’s games, Bouma had the following Corsi Rel QoC ratings:

*The site I used only tracked him through 43 games. Bouma played 44 that year.

Looking at the table, in years in which Bouma played an assload, he spent a lot of time against his opponents’ better lines (save 15–16, where he played against essentially average guys). And 2014–15 should make the ol’ crotchal region tighter, moister, or some combination thereof for all Hawks fans. In 2014–15, Bouma not only faced higher-tier opposition but also scored 34 points (16 G, 18A) while averaging about 14 minutes a game. (While that year may be an outlier, hope springs eternal.)

Compare that to comparable Kruger years:

*The site I used only tracked him through 39 games. Kruger played 41 that year.

But what kind of Internet writer would I be if I didn’t come stomping and shitting all over the newfound optimism I’d set you up for? Because there’s a catch to all of this, and we can find it in another advanced stat that lives in the dungeon called Corsi Rel QoT, which is a measure of the quality of teammates a given player had while on the ice (higher numbers representing stronger teammates, lower numbers representing beer rats who “deked Montoya dat one time”).

. . .who did a good job of flipping the ice with teammates who weren’t world beaters.

. . . who not only turned the ice at obscene rates but also did it while skating with actual Shoot the Puck contestants.

A Look Ahead: So what does it all mean, Basil? Aside from expending over 1,000 words on a guy who might only play handful of games, it means that Bouma could be a decent turning-the-ice sieve if necessary. Yes, we had to go back a few years to find evidence, and yes, he was kind of a pit last year, but what’s the point of being a fan if you can’t be optimistic? Bouma’s underlying numbers and past performance could let slip the hogs of war (or whatever farm animal of war, Lana, shut up) on the Hawks’s lower half.

I suspect that Bouma will get a shot on the 4th line to start, albeit from a wing if we assume that Schmaltz and Working Class Kero are going to line up down the middle. It’s plausible to find him on the PK as the 2b option, behind the likes of Toews, Saad, and Kero, given that he averaged 1:36 there in Calgary last year, but that would likely speak to a supreme lack of trust and depth for the PK, since most Calgary followers say Bouma sucked at it.

It’d be silly to expect Bouma to replicate 2014–15, since he hasn’t since. But there is precedent for success there, and if he can come anywhere near it, his $1 million cap hit will look like a steal.

He may not pass the eye test, and he may be on a decline, but I’m a sucker for guys people doubt. I’ll be the first to say it: I believe in Bouma. 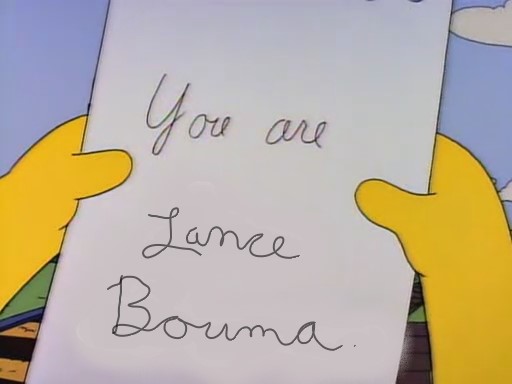 Special thanks to Behind the Net. Hopefully they all pick up tracking again soon. 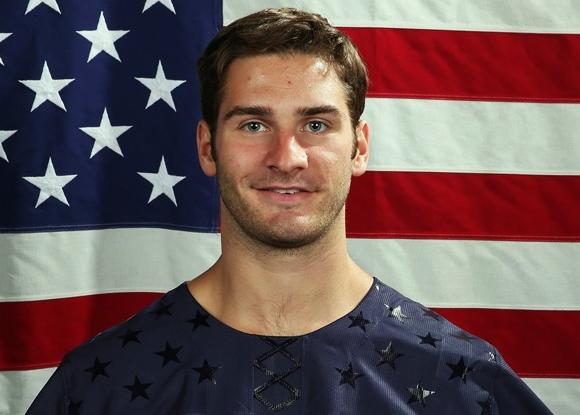 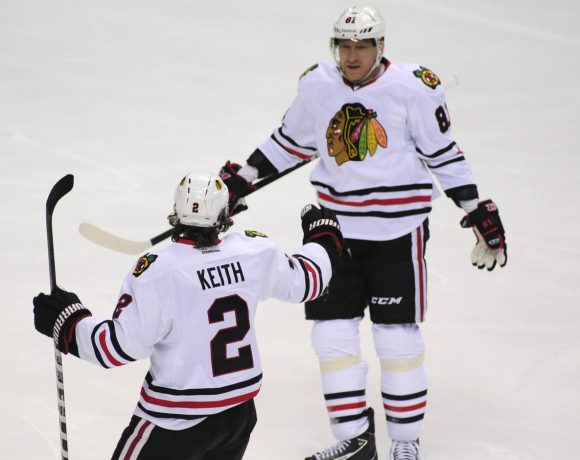 The Difference Between Me And You Is That I’m Not On Fire – Hawks at Flames Preview, Provincial Referendum