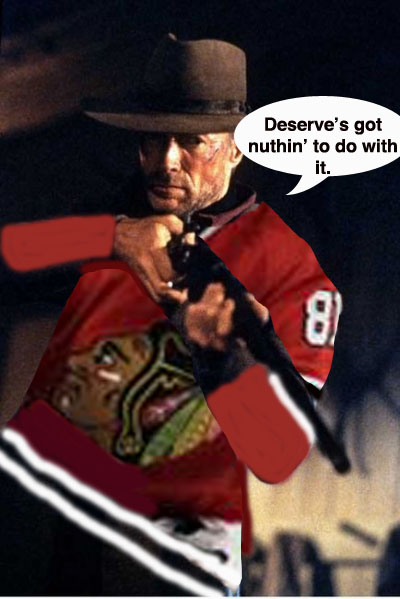 Ok, I know. I shouldn’t joke about this. It really isn’t funny, and I’m sure if I were going through it I would probably gut anyone making a joke about my skin literally peeling off.

So there’s a couple things this post is not going to be. One, I’m not going to try and convince any Hawks fan who thinks this is totally on the up and up that it isn’t. Nor am I going to try to convince anyone outside our bubble that is convinced this is fishy that it isn’t. I think if you want to Occam’s Razor this, it’s probably something of both. Hossa has been dealing with this for a few years, and now that the medication is A) less effective and B) possibly poisoning him to the point they have to blood test him regularly (think Iron Man 2, though we all know that Hossa is more a Steve Rodgers, organic lab experiment type thing instead of a machine but stick with me here). And now that his salary is dropping to $1M, and he’s won just about everything there is to win, and his Hall case is pretty secure, maybe he figures it’s not as worth it to torture himself and put his health at risk for it anymore.

It’s easy to sit here and say we’d do anything for a million dollars, but why is it Kevin Durant can eschew millions more to keep the Warriors together and everyone pretty much shrugs and agrees that a few million more won’t make any difference to him, but everyone outside of Chicago is crying foul on Hossa when his actual health is at risk here? Strange, no?

What this won’t be either is a tribute to Hossa, though I’m sure we’ll get to one of those soon. Though what I would say that I didn’t already say here, I couldn’t tell you.

The point of this today is to see what the Hawks can do with their newfound cap space, whatever and however you think they came about it.

With Hossa on LTIR, and Kruger most certainly gone (though is that truly necessary now? Still probably), the Hawks have something around $6 million to play with. While there will be fantasies of trading for Kovalchuk or signing Timothy Leif and the engine noises he makes while playing, I would pump the brakes on that. Or at least they should.

The Hawks are short on the blue line and now down the middle without Kruger. It is this blog’s stance that Artem Anisimov isn’t really anything more than “fine,” and having him and some combo of Schmaltz/Kero/Hinostroza behind him just isn’t going to get it done. Especially if we have no idea what exactly Toews provides anymore. It’s something, we just don’t know what.

Like we said yesterday, finding some cheap, veteran option to win some draws, kill some penalties, and take on tougher assignments than just the opposing fourth line is still a play here. You could just do that and then more now.

I’m still looking at the blue line. The Hawks might think they’re set with three old guys in Seabrook, Keith, and Hammer and then filling the rest out with some combination of kids in Kempny, Forsling, Rutta, and Snuggerud. I remain unconvinced. And seeing as how this team still might have at best two more spins of the wheel, I’m thinking more immediate.

Karl Alzner is UFA, but he’s not really the puck-mover the Hawks need. You could pair him with either Forsling or Snuggerud as a baby sitter, have Hammer and Kempny take the shelling and let Keith and Seabrook bum-slay as they’ve done in the past. Alzner made $2.8m last year and will probably get a raise to somewhere in the $4m neighborhood I would guess, if not more.

Another of his former teammates, Kirk ShattenKevin, is still going to be too expensive and is headed to Broadway anyway because apparently he’s going to shift to center which the Rangers have needed for going on a decade now. It’s a third Capital I’m very interested in.

Nate Schmidt has been exposed by the Caps, and Vegas is assuredly going to take him. That doesn’t mean they’re going to keep him. The Knights Who Say Nee have already said they’re going to have d-men to shop because they’re going to take more than they can use. I don’t care if it’s a first round pick that is needed to get him, because what do draft picks mean to the Hawks who have two or three years (and that’s optimistic) to make one more with this group? Schmidt drives play, was above the team-rate in DC, and is only 25. He’s RFA, and is due a raise but nothing that would gobble up the space the Hawks will have.

So let’s get evil. Let’s lean into the Hawks being a heel. Let’s really piss some people off.

Yeah, that’s right. I fuckin’ said it. One year deal. Cup chase. We know he’s not going anywhere with the Sharks. He’s not getting much more than $5 million, and then you can figure out what you want to do with Hossa’s cap space next year after you give Hartman and maybe Hayden and Kempny their raises.

You put Debrincat on his wing. You tell the kid to stand over there and wait. And then shoot when the puck gets to him. You collect your 25 goals and then you see what you’ve got. You tell Toews that he’s basically just going to be a checking center now, and whatever he scores is a bonus. You have him clear the field, and then The Good Time Boys on one line and Thornton on another clean up the rest. Yeah… I like how that sounds…. Thornton and Schmidt… I’m with it.

Or you could offer sheet either Tyler Johnson or Ryan Johansen, but we know that’s not happening.

Fine, you could get boring about it. Trade for Kovy, except he plays the left side and the Hawks are now short on the right. You could sign Timothy Leif for all the cap space you have for the next seven years and watch that fizzle. Some palooka is going to suggest Jaromir Jagr for a year, you just know it. And then you can see what happens when you need him to score a goal that matters. Alex Radulov? Hard pass.

Ok, I still want to be evil. So let’s be evil. Offer sheet Nino Niederreiter. Yeah you fucking heard me you Fargo fucks. We’re taking your sweet baby. Nino has been quietly one of the league’s ass-kickers for the past two years. He’s like +10 relative to the team in Corsi percentage. Sure, the Wild have enough cap room to sign him now, even with Granlund needing new paper as well. But Zucker and Dumba are going to need more after next season too. Where does it end? You want a Hossa replacement, straight up? There it is.

At least there are options.

Hey, you should buy my book. You can do that right here! 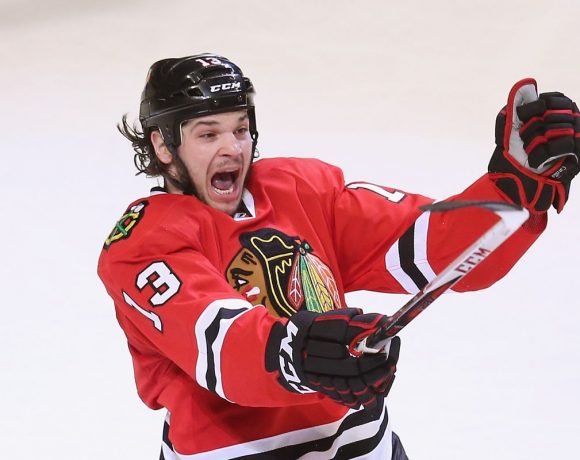 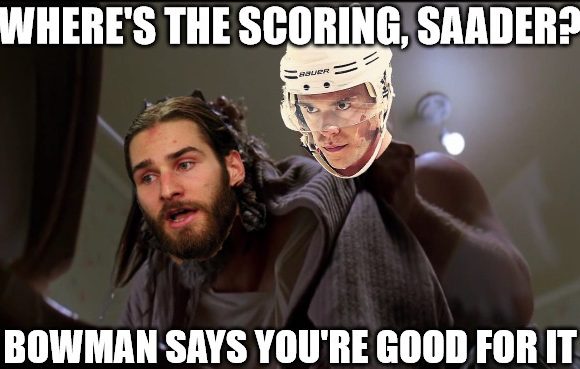 Well Pilgrim, Not Until You Eat The Peanuts Outta My… – FFUD’s ’17-’18 Player Reviews – Brandon Saad or Sometimes the Bear Eats You